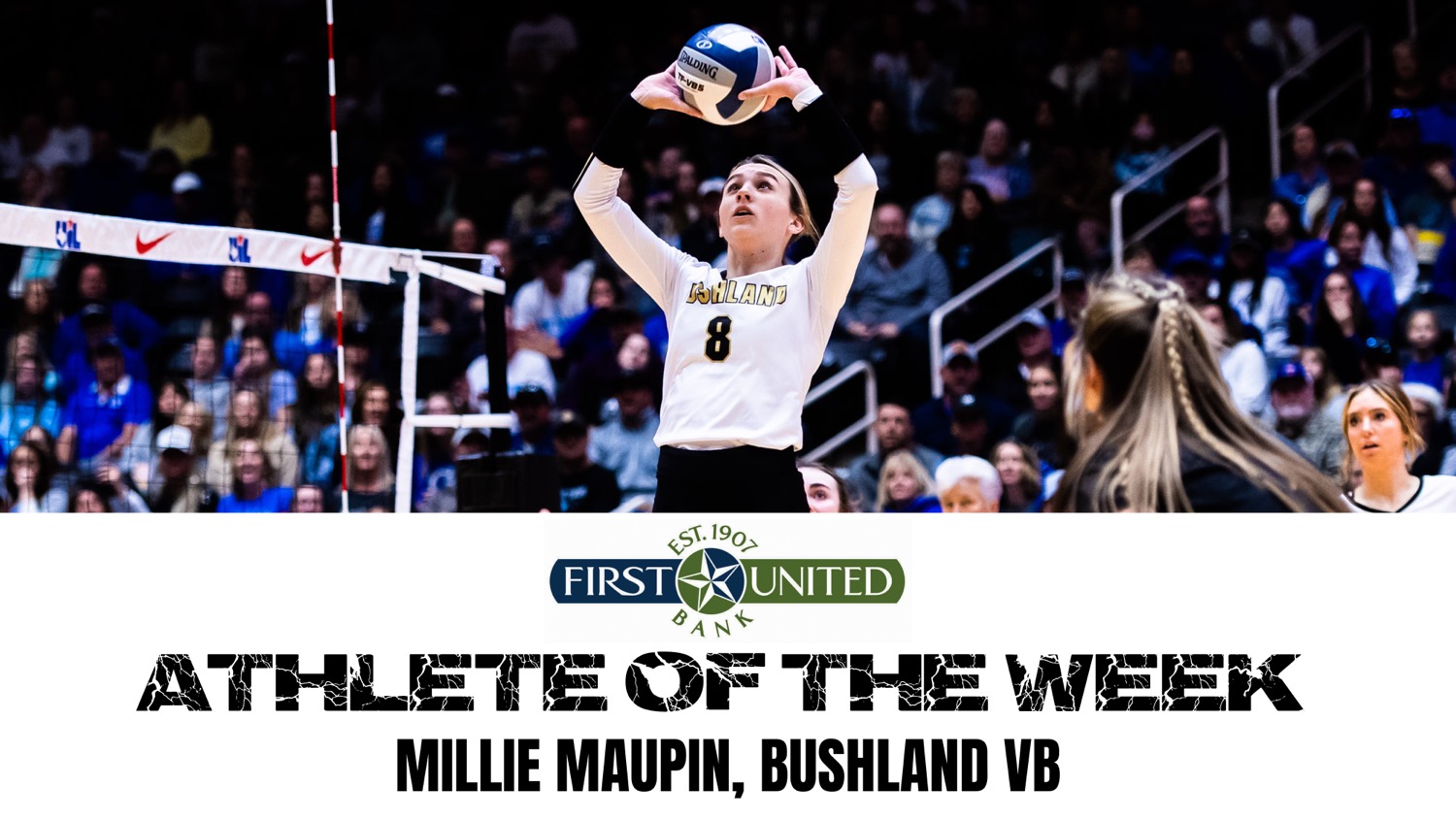 On the hardwood: Maupin helped the Bushland Lady Falcons to second straight UIL Class 3A state championship at the Curtis Culwell Center in Garland over the weekend.

The senior left it all on the floor for the Lady Falcons, who won the program’s sixth state title since 2005.

During a state semifinal sweep of Columbus on Thursday, Maupin accounted for 18 assists with three aces, and three digs. In Saturday’s state championship four-set win over Gunter, the setter dished out 20 assists with 10 digs for a double-double. Maupin was also named as a District 1-3A Co-Setter of the Year.

Coach Jason Culpepper: “Millie did a great job this entire season for us, and especially at the state tournament. She makes our hitters feel comfortable, and she always has her passes in the right place. Millie was getting good feel against Columbus, then against Gunter, she didn’t make any mistakes and did outstanding job of not keying on one hitter. She’s a leader of this team, and just let’s her actions do the talking. She’s been a huge part this year to what we accomplished. We’re really going to miss her.”

Maupin: “It was an amazing feeling to win state for a second year in a row. There was pressure to do it even though we lost some key seniors, but we all knew we were capable and everyone just stepped up. It’s an amazing feeling, and I’m so blessed and fortunate to win my last game in high school. It’s just awesome to be a two-time state champion, and carry on this proud tradition.”

Favorite band or musician: She likes country and alternative music.