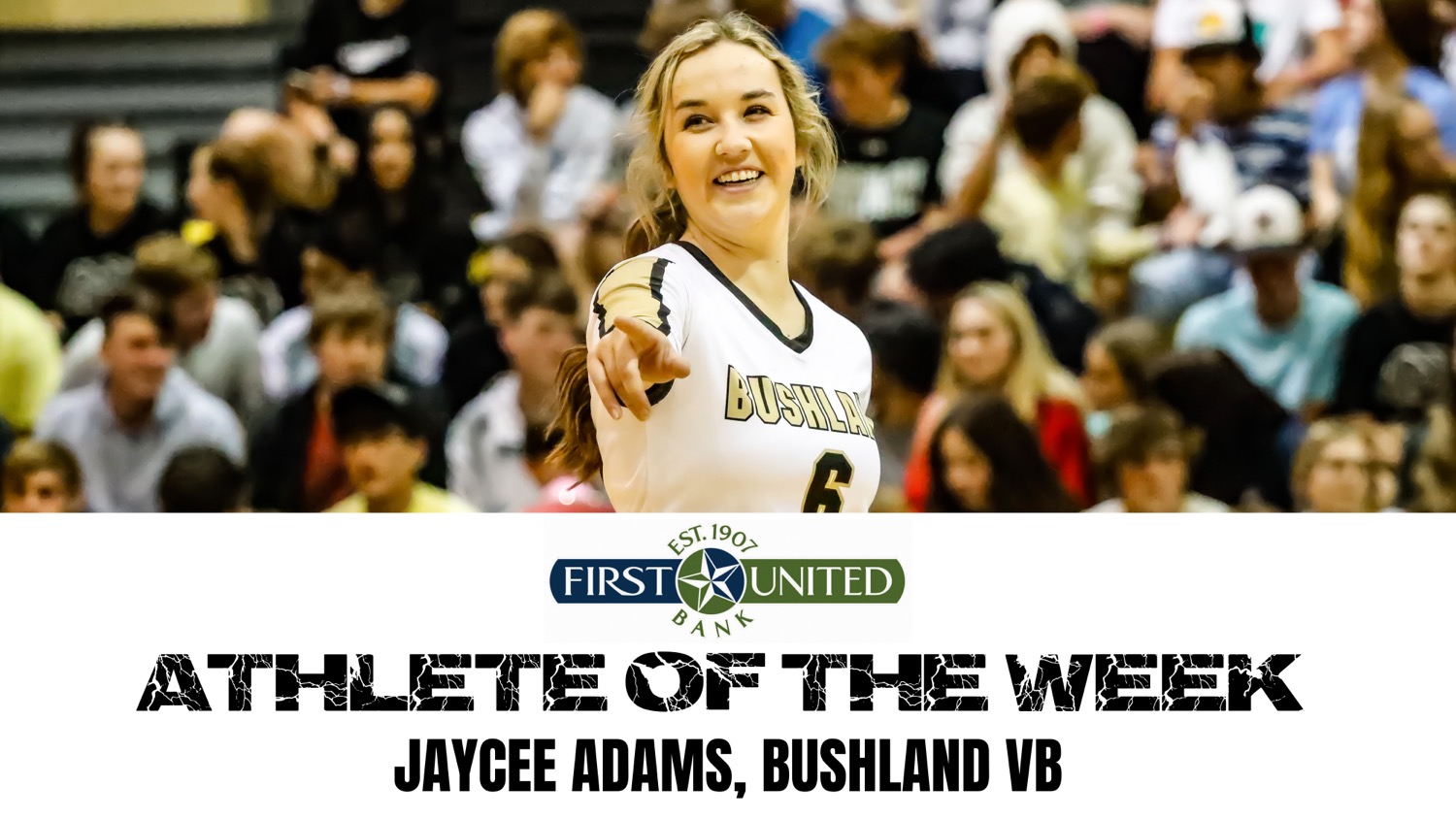 On the hardwood: Adams had a fantastic week helping the No. 5-ranked Bushland Lady Falcons to a pair lopsided wins against District 1-3A foes Highland Park and River Road.

On the season, Adams amassed 361 digs, while racking up 35 aces.

The West Texas A&M commit has been the heart and soul of the Lady Falcons. Last season she was named to the Press Pass first-team, and was the District 1-3A Libero of the Year.

Coach Jason Culpepper: “Jaycee has done a great job all season for us. She leads the team in digs, but more importantly it’s her leadership that is more valuable than anything. Jaycee is always energetic, and always keeps us going on and off the court. She does things people don’t see and we love what she stands for.”

Adams: “I feel like it’s different this year because of the role I play. I’m definitely more of leader of a leader. I also love this team because we are all so close. We’ve been playing really well. We’re keeping the ball off floor, and we pass it well and to our middle blockers. I think we have the confidence to make another run at a state championship over the next few weeks. We just have to keep improving, and not get complacent.”

Bet you didn’t know: She is an avid reader.