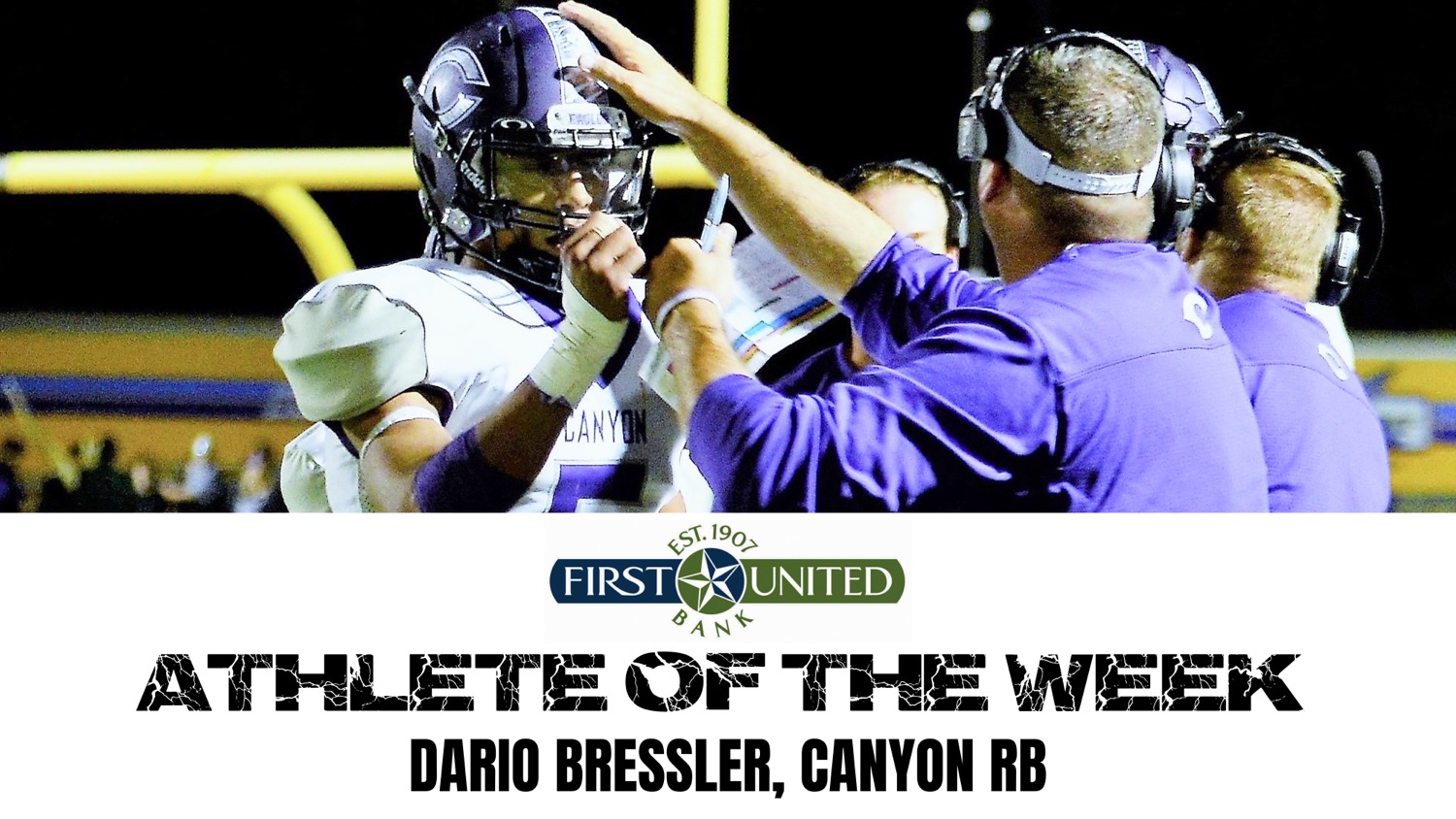 On the field: There were plenty of offensive standouts in Canyon’s 75-60 win over Pampa to open District 3-4A Division play, but Bressler was the undisputed star of this shootout. Bressler had a game for the ages as he accounted for eight touchdowns for the Eagles. He ran for 320 yards and six touchdowns on 26 carries. Bressler had only two receptions out of the backfield but they were for 95 yards and they both went for touchdowns. That meant Bressler accounted for 415 of Canyon’s 640 offensive yards in one of the area’s best all-around performances by a running back this season. It was the biggest win of the season for first-year Canyon coach Todd Winfrey, whose team improved to 7-1 on the season with seven straight victories. The Eagles will face Dumas this Friday in matchup between two 1-0 district teams which could end up deciding the district title.

Coach Todd Winfrey: “Every game this year we’ve just tried to take what they give us. That certain Friday night it was Dario. I think Dumas is pretty smart so they’re probably going to do their best to take Dario away. You’ve got to have a plan to see what they’re giving you and be ready to attack it. If we can hand it to Dario 25-30 times and get the same result we’ll do it, I promise you. For one kid to have eight touchdowns, I don’t know that I’ve ever seen that anywhere. Dario was the first to say what a tribute to the offensive line that was and half the time out there we had receivers blocking. The best play of the game was when (quarterback) Derrek Clements scored his touchdown and Dario was 25 yards down the field getting a pancake block.”

Bressler: “The only thing I was really worried about was doing my job, and if my job was to get the ball that many times that was what I was going to do. After halftime it was kind of a witnessing moment of what I just did in the first half and it was hyping me up for the second half. I feel like both sides of the ball played really well. Dumas has a very good defense, but I think we’ve just got to do what we do. We have a very good coaching staff and they’re very good at preparing us for the next game, but to be honest, I don’t know what to expect this next week. When it comes time we’ll make the adjustments.”

Bet you didn’t know: Has 10 siblings