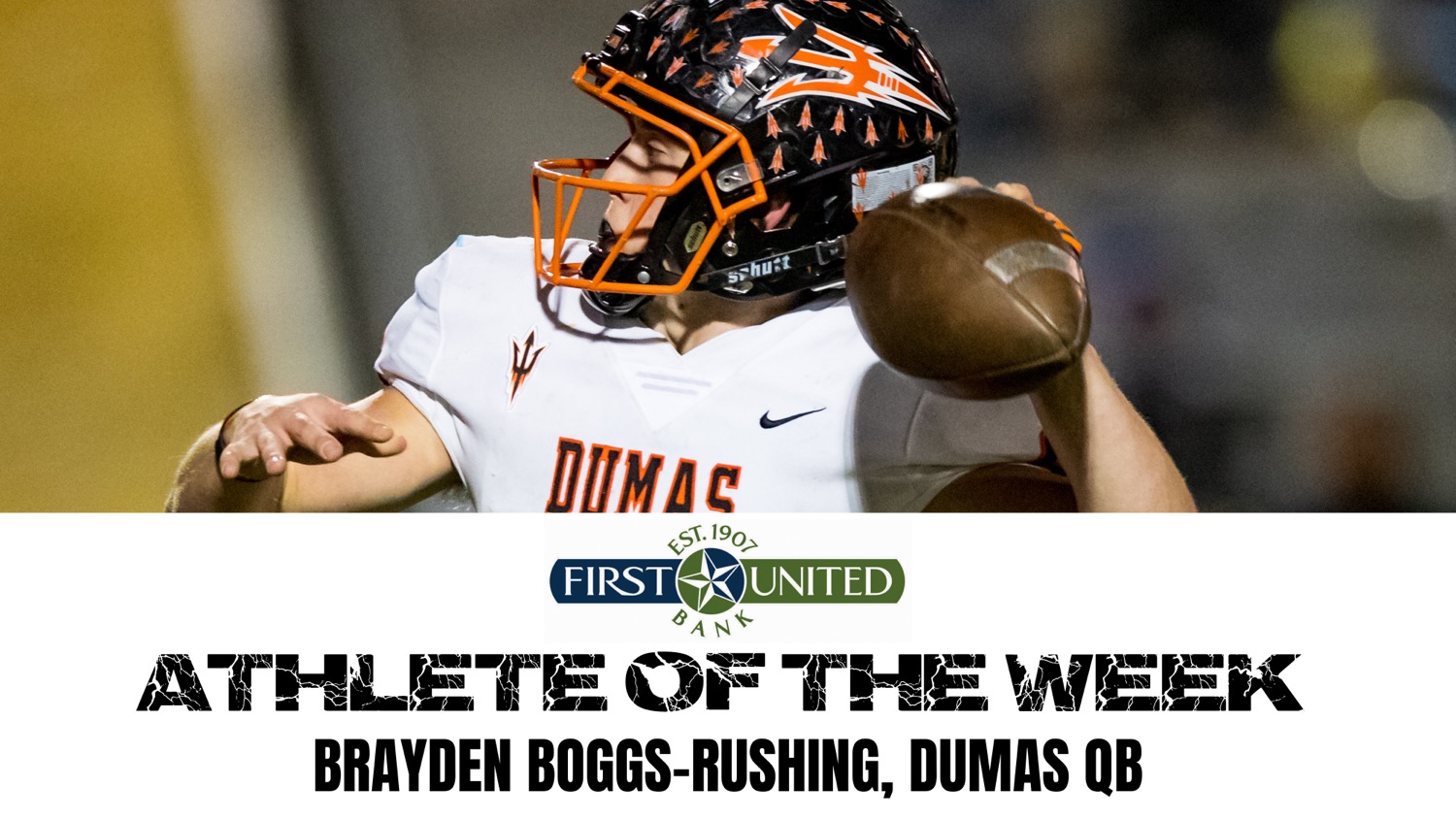 On the field: In what’s becoming a customary postseason run for the Demons, Boggs-Rushing has emerged as a necessary leader for Dumas as a genuine dual threat quarterback. Dumas has advanced to the third round of the playoffs for the fourth straight season, and Boggs-Rushing was a huge reason why in last week’s 31-6 win over Fort Stockton in the area round. He had a hand in all four Dumas touchdowns after the Demons fell behind 6-0. Boggs-Rushing threw for two touchdowns and ran for two others while running for 92 yards on 11 carries. It was the second straight week Boggs-Rushing helped the Demons overcome an early deficit, as they fell behind Decatur 17-0 in the first quarter of the bidistrict game to open the playoffs but roared back to win 45-24. Boggs-Rushing took over behind center for good before the beginning of district play and the Demons haven’t lost since. He also starts at outside linebacker had had 10 tackles against Fort Stockton, including one for a loss.

Coach Aaron Dunnam: “I think the main thing about him is his character. You want a guy at quarterback who has that. He’s got everything you want in a leader. He’s a winner. He’s proven that on the field with his ability to take over a game. He can make the right calls to get us in the right position to score. His ability to gain his composure of our team is big. He’s a kid who people believe in and listen to. He’s a very positive influence who settles his team down. It’s more than just what he does on the football field. He’s the student body president. He’s in the top 10 percent of his class. He’s very involved in all our student body organizations which are active in the community.”

Boggs-Rushing: “Honestly I think that it all started up front. They controlled all facets of the game. It made it real easy for me and the running backs to find some space. I didn’t feel like I played particularly well with my own reads. I never really completely settled in throwing the ball. I’ve still got a lot to work on with my throwing ability. I definitely feel better outside of the pocket running or throwing the ball. It’s never been a panic. We know what we’re capable of with the guys that we’ve got. We know that we’ve just got to grind it through and get points on the board. I don’t think that we’re ever just necessarily comfortable but we’ve got a defense which has improved over the last few weeks.”

Favorite band or musician: One Direction