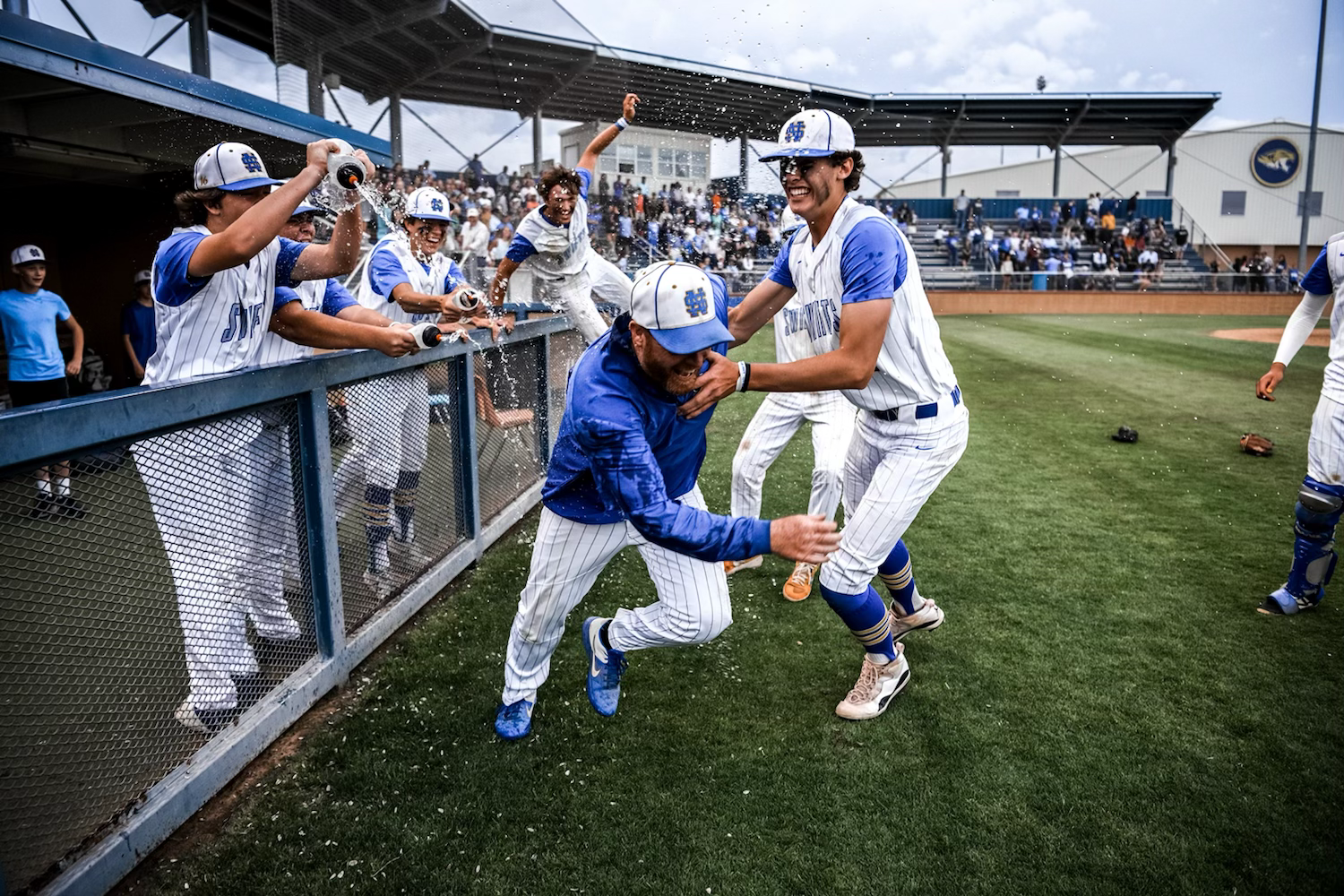 The town known for its basketball prowess can now add baseball to the list.

The Nazareth Swifts fought their way to a 2-1 victory against Westbrook Friday night at Tiger Field in Frenship to complete the sweep in the best-of-3 Class 1A regional final, punching their ticket to the University Interscholastic League state tournament for the first time in school history.

“I means a ton to everyone,” said Nazareth coach Steven Moore, who will leave at seasons end to return to farming in his hometown of Sunray. “We had over 500 fans the last two days. What I love about this community is they support this school in everything we do, and it’s been fun. Hopefully it’s not over yet.”

Nazareth (23-3 overall) now moves on to Round Rock where it will play at Dell Diamond in the semifinal on June 9 against in the state semifinal.

The Swifts took game 1 convincingly 17-2 Thursday night, but found themselves in a pitchers duel in Friday’s game 2.

The Swifts had built an early 2-0 lead on a Kaden Cleavinger single that plated Trent Gerber in the first inning, followed by a throwing error in the third off a Gerber grounder scoring Aidan Moore.

Nazareth then relied on the strength of its pitching that had been so key all season.

Moore entrusted the senior Cleavinger on the hill, and Cleavinger delivered. The 6-foot-7 hard throwing righty gave up four hits in five innings allowing an earned run to grab the victory. Cleavinger worked quickly as his defense backed him up throughout.

In the top of the fifth a walk, and bloop single had Westbrook runners at first and second with two outs. Brannon Darden laced an opposite field single that Tanner Birkenfield tried to pick clean to hold the runner at third. However, the ball went off the tip of his glove and Wildcats notched their first run, cutting the Swifts advantage at 2-1.

That’s when Moore faced the decision of pulling Cleavinger with runners on second and third. But the choice wasn’t tough for Moore who told Cleavinger he was sticking with him before the inning started. Cleavinger gutted out the inning getting a huge strikeout on the next at-bat to end the threat.

After a quick bottom of the fifth inning, Moore called on his closer, Gerber.

Gerber was untouchable racking up five straight strikeouts before giving up a line drive single with two outs in the seventh.

Gerber slammed the door on any hope of the Wildcats rally by blowing a fastball by Darden to end the game, sending the Swifts to the state tournament.