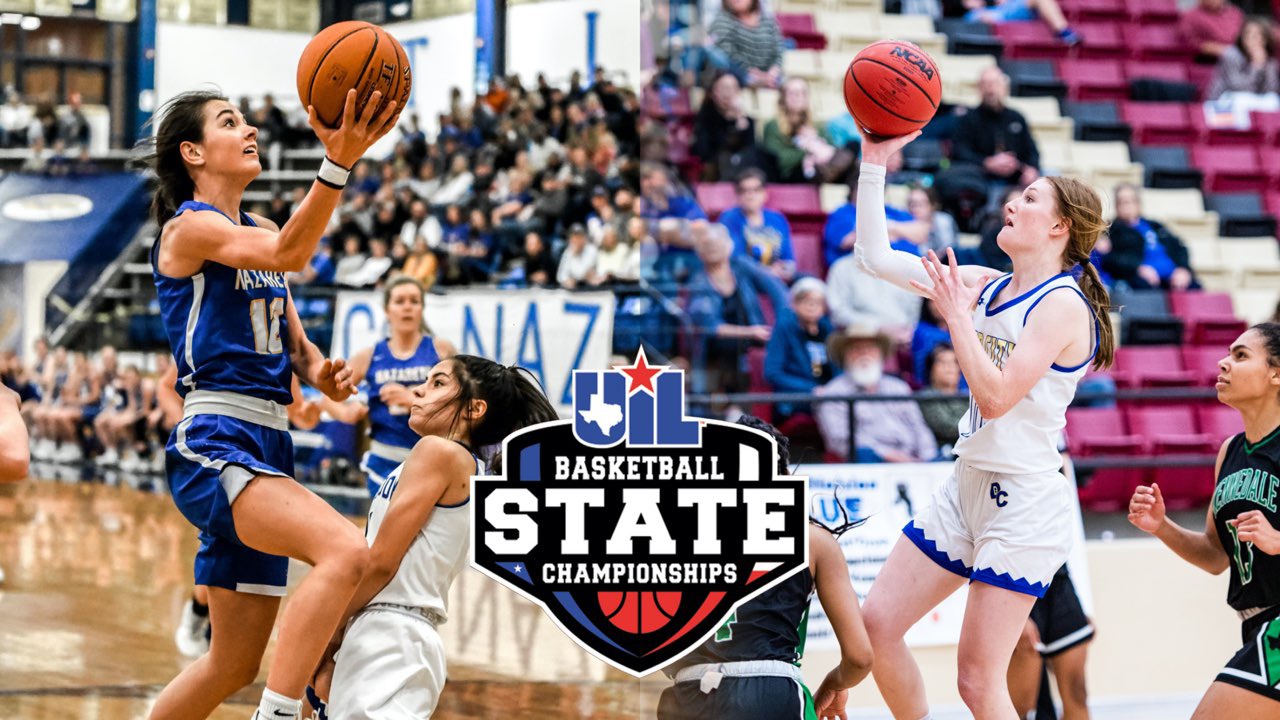 Though separated by 375 miles, and a completely different region, don’t think Nazareth and Dodd City are complete strangers by any means.

They may as well be district rivals by this point.

When the Swiftettes take the floor against the Lady Hornets in the University Interscholastic League Class 1A state championship at 10 a.m. Wednesday morning in San Antonio’s Alamodome, it will mark the fourth time in the past five years that these two powerful basketball schools have matched up.

“Dodd City is a great program,” Nazareth head coach Eric Schilling said. “We are very familiar with what they do after seeing them four of the last five years. They have seniors we saw as freshman and sophomores. I have a ton of respect for them.”

“First off, we have nothing but respect for Nazareth,” said Stephenson, who is in eighth year as the head coach of the Lady Hornets. “They get down to state every year. It’s gotten to the point where you win, you know you’re going to get Nazareth in the finals. But as for this game this year, we are very familiar with this team, and I guess you can call it a rivalry now.”

“Nazareth’s longevity of excellence is what makes them unbelievable,” Stephenson said. “But they do it in such a humble manor. They are a very down to earth program, and they do it all the right way. What they do is remarkable.”

For Nazareth (26-4 overall) to win that fifth straight state championship, and continue one of the most dominate dynasties in the nation at any level, they’ll have to beat may be the best Dodd City team they’ve faced yet.

The Lady Hornets have been the No. 1-ranked team all season in Class 1A going unbeaten to this point at 31-0. Dodd City is packed with experience in 6-foot-3 senior post Journie Hilliard (13 points, 12 rebounds a game) and senior guard Danni Baccus (13 ppg, eight assist per game. Sophomore Rion Baccus, the younger sister of Rion, is another a key weapon averaging a team-high 24 points a game.

“This Dodd City team is very athletic,” Schilling said. “The Hilliard girl has gotten so much better on the inside. She’s learned how to use her strength, and she’s a great defender. The Baccus sisters can score in multiple ways. This will be the two best teams battling for it all”

While Dodd City brought back veterans, the Swiftettes lost quite a bit from last season’s championship team including four-year starter and All-State forward Cambrie Heiman. However, senior Emma Kleman and junior Addie Dyer have filled the void nicely to help keep the tradition alive.

“We knew we were losing a special group last year,” Schilling said. “But we also had players returning that were overlooked. Emma Kleman is a three-year starter. She’s a great player. We have a lot of players that have been in this position. They played key minutes last year, but after learning from the seniors ahead of them, they’ve made a smooth transition.”