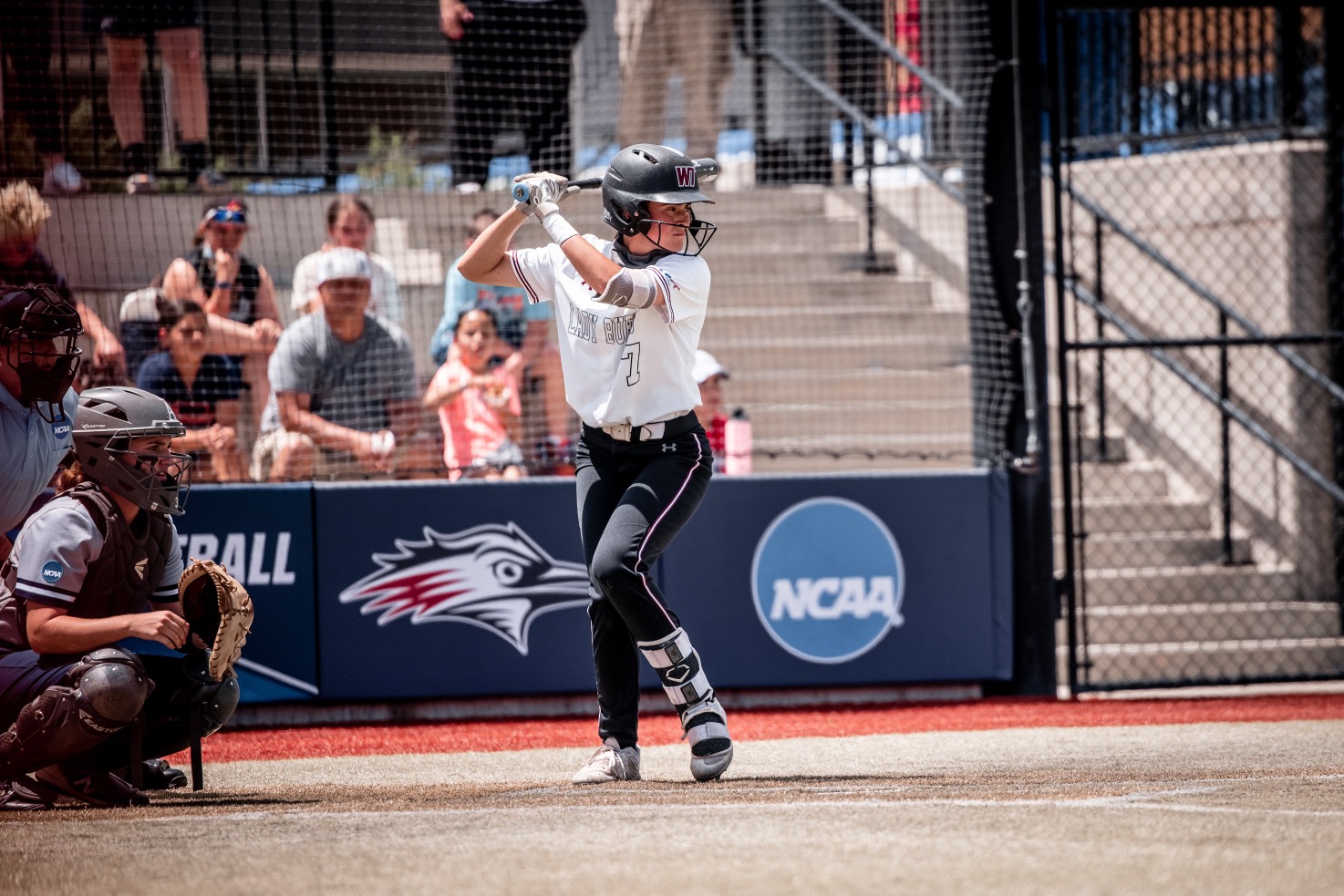 The West Texas A&M softball team did it with strong pitching and great defense Thursday, then turned around to win with their bats Friday, beating No. 2-seed Saint Anselm 9-3 at the NCAA Division II College Softball World Series at the Regency Athletic Complex in Denver, Colo.

The Lady Buffs (40-11) have now won 18 of their last 19 games, and are one game away from playing in the best-of-3 championship series.

The Lady Buffs gutted out a 1-0 win against Grand Valley State during Thursday’s opener, however, the lineup was much more potent Friday against the Hawks (33-7) racking up nine runs on 11 hits.

The third inning was the turning point of the contest. Trailing 2-0 to Saint Anselm, the Lady Buffs exploded for seven runs in the bottom of third to take a commanding 7-2 lead highlighted by a bases loaded double Julie Guzman that plated all three runners. Guzman ended her big afternoon going 1-for-3 with the 3-run double, while scoring a pair of runs. Centerfielder Ruby Salzman continued her torrid pace at the dish with a 2-for-4 outing with two RBIs, and senior catcher Shanna McBroom went 2-for-3 scoring twice.

“I feel we’re playing really well,” WT head coach Mike Mook said. In Thursday’s win we had great pitching and timely hitting. It was nice to see our bats come back strong and we hit like we should against Saint Anselm, especially against a strong pitcher.”

In two appearances of the CWS, Lair has shown grit throwing a total of 12 innings, tallying six strikeouts and two earned runs.

“Kyra is throwing at a high level right now,” Mook said. “We have a lot of confidence with her, and our defense is playing great behind her. She’s locating the ball well, and keeping hitters off balance. Shanna (McBroom) is doing a great job of calling pitches from the catchers spot also which makes it hard for teams to adjust.”