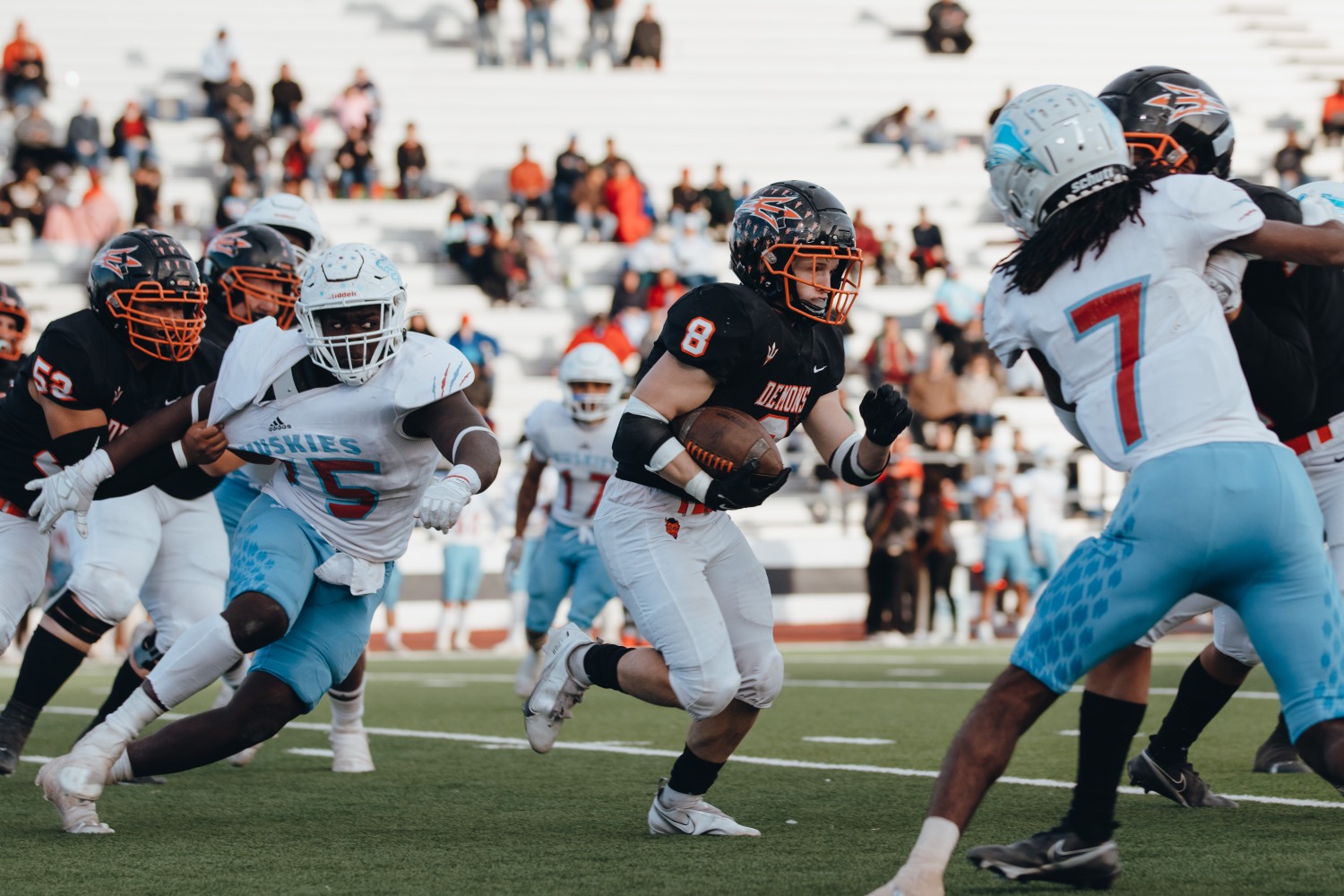 Hirschi (11-2) took a 14-0 lead in the first quarter. As had been their custom in playoff wins over Decatur and Fort Stockton, the Demons came back in the second quarter to take the lead, as Zyrell Murga ran for a touchdown and caught an 11-yard scoring pass from Brayden Boggs-Rushing to give Dumas a 15-14 halftime lead.

But that would be the only time in the game the Demons led. Hirschi’s A’Marion Peterson, who ran for 197 yards and three touchdowns on 19 carries, gave the Huskies the lead for good on a 19-yard scoring run only 40 seconds into the second half.

Boggs-Rushing threw two touchdown passes, including a 14-yard score to Oliver Ortiz wto cut the deficit to 27-22 with 8:21 left in the game. However, Hirschi put the game away with two scoring runs after that.

Juan Romero had four catches for 110 yards for Dumas.