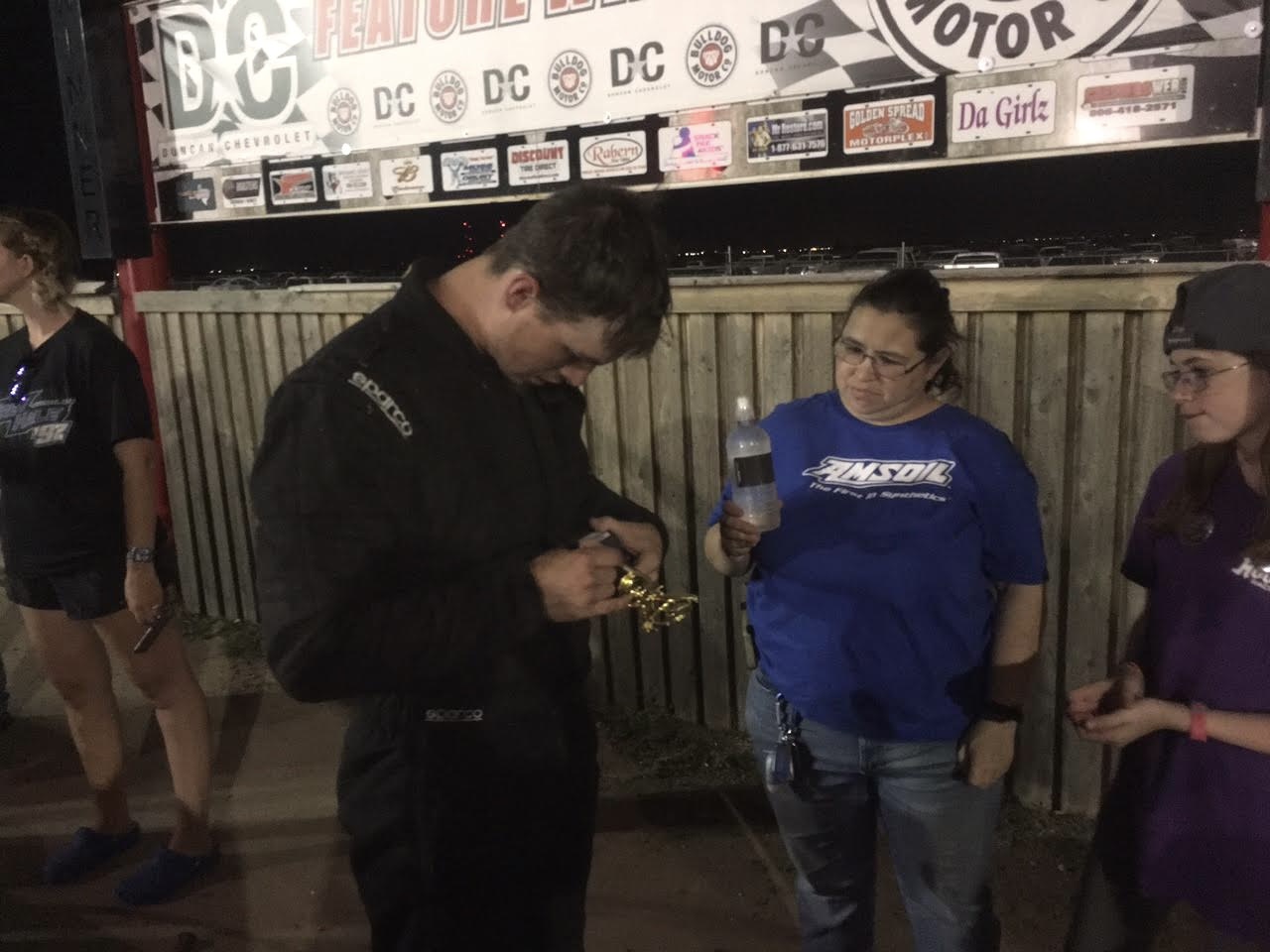 In terms of racing action, Saturday was probably the busiest night Route 66 Speedway will have this season, at least as far as sheer competition goes.

Thanks to some inclement weather two weekends ago and the track taking off the Fourth of July weekend, there was some unfinished business for competitors to attend to early in the evening. It turned out that three classes would race two main events

Because rain on June 26 either wiped out or shortened races, the Limited Modifieds, Limited Late Models and Street Stock classes all opened festitivities an hour earlier than usual at the track, giving the day a rare matinee feel. Heats in all classes took place at the regularly scheduled times.

While the season points leaders in those classes remained the same at the end of the evening, they ended up splitting glory in then winner’s circle, as each class had a different winner in the rescheduled race and the regularly scheduled one.

In the Limited Modifieds, Amarillo’s Dee Gossett won the make-up race early in the evening. However, in the night race, Brock Hall burst out to an early lead and held off a late charge by Doug Gillespie to secure the victory.

The Late Model race might have been more of a surprise, as Borger’s Michael Hilton won the early event for his first victory of the season. In the regular event, though, the normal order seemed to have returned as Amarillo’s Trey Hale, the season points leader, scored another victory to maintain his place atop the standings.

Another season points leader from Amarillo, Robert Layton, rolled to victory in the first Street Stocks event of the evening. In the regularly scheduled race, though, Kevin Jones took an early lead and didn’t let up to win, although Layton made it interesting in the final few laps by emerging from the middle of the pack to finish second.

Regular action at Route 66 returns next Saturday, and on July 24 the American Sprint Car Series Elite Non-Wing Sprint Cars will make a special stop in town.