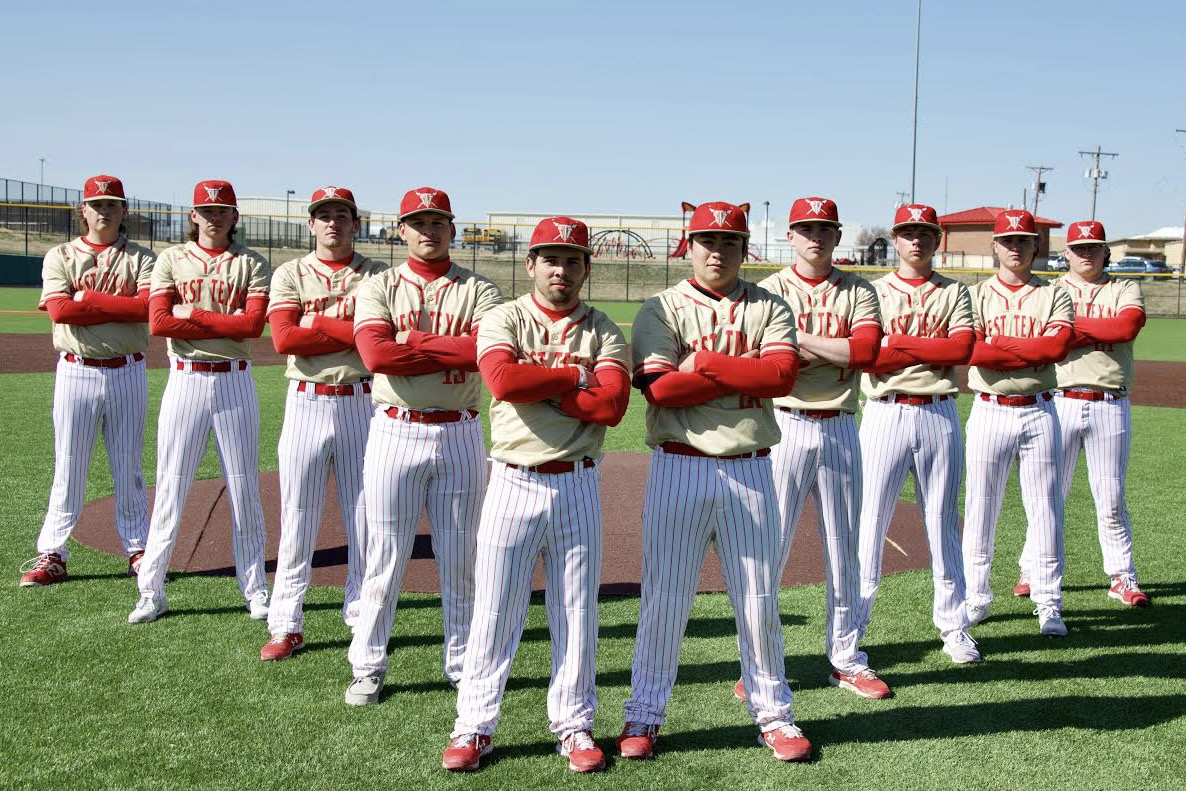 West Texas High is led by 10 seniors that will guide the Comanches into the Class 2A regional semifinals against Anson in a best-of-3 series starting Friday. [Tucker Stroud/ Press Pass Sports]

West Texas High is playing like a team on a mission as the Comanches get set to take on Anson in the Class 2A regional semifinals in Game 1 of a best-of-3 series starting at 5 p.m. Friday in Littlefield.

WT High went perfect through the District 1-2A

portion of the schedule, and have carried that momentum through three rounds of the postseason by dismantling Shamrock, getting past Smyer in a decisive third game, then sweeping Wellington in a very intense series.

“We’ve been playing really good defense,” said fourth-year head coach Matt Green. “We’re making plays behind our pitching, and doing the routine stuff. I tell these guys all the time that making the routine plays you give yourself a chance.”

WT High, which made the regional finals in 2017, are led by a motivated senior class capitalizing on a missed opportunity due to the coronavirus pandemic last season.

A big factor for the Comanches is a dangerous lineup. Up and down the order can hit. Jayden Harvey, a senior, is hitting .587 with eight doubles, 48 runs scored, and has swiped 46 bases.

On the hill is equally successful behind the arms of Nick Romero and Dawson Reed. Romero has a 1.38 ERA racking up 91 strikeouts to only 17 walks. Reed compliments Romero with a 1.45 ERA with 41 K’s.

“We’ve all played together since we were little kids,” Reed said. “T-Ball, Little League, we’re all just really close, and we have a lot of team chemistry. We just want to keep fighting and clawing.”

“I feel we have a little bit of everything,” Gray said. “We all play as a team and have been able to come back in any situation. We have pitching depth, our defense is phenomenal. When we play like we can we feel we’re hard to stop.”

Game 2 of the regional semifinals with Anson (21-2) is set for 1 p.m. Saturday with Game 3 following 30 minutes later, if necessary all in Littlefield.

Support our mission
Previous articlePlowing ahead: Swifts seek baseball history for beloved coach leaving for the farm
Next articleReturn to the top: Jake Maynard comes back from ACL injury to spark Amarillo High’s offense