Class 4A roundup: Perryton, Borger get W’s; Rider too much for Dumas, Pampa falls short 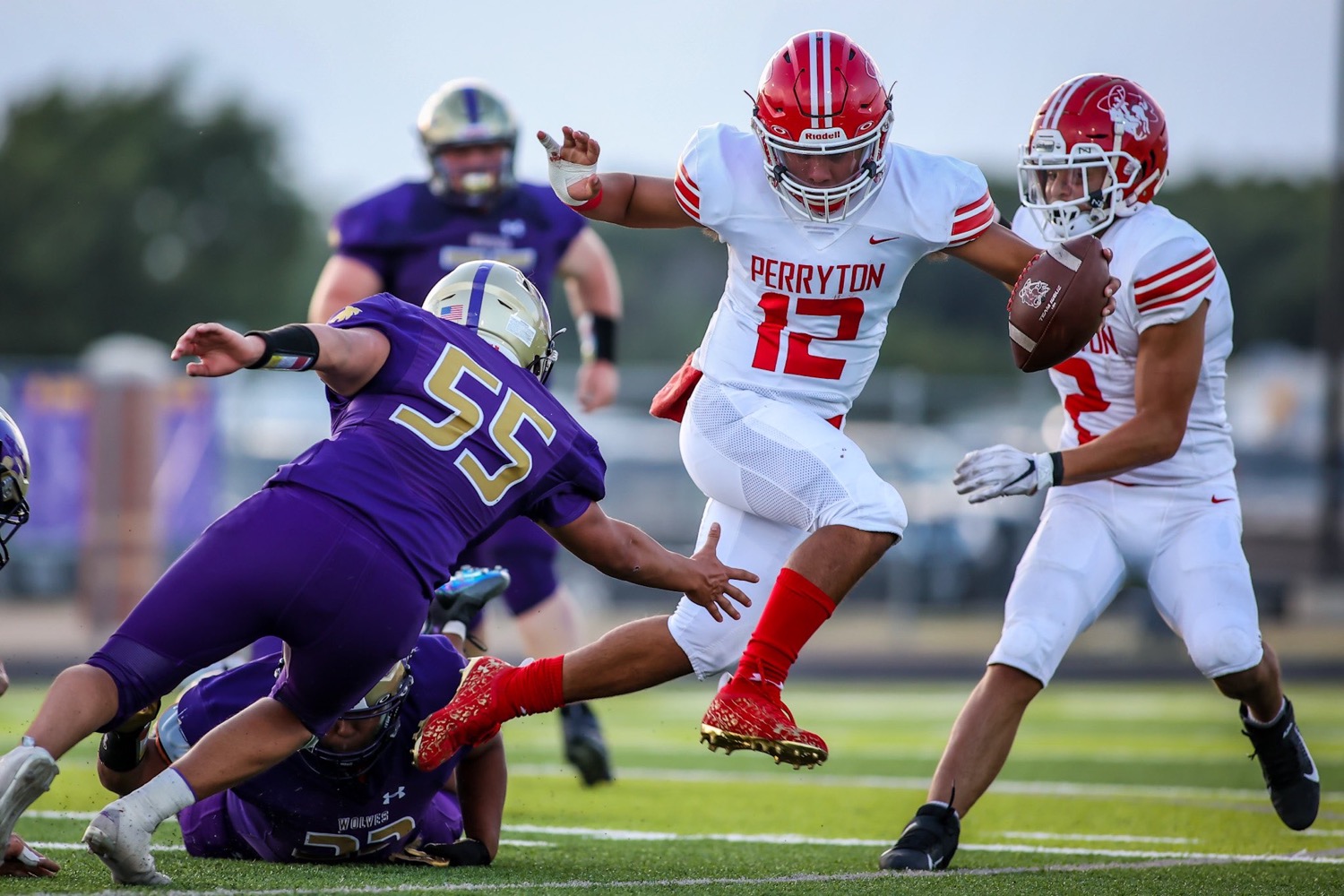 Perryton proved how good it can be up front wearing down Dalhart for an impressive 27-6 win in the season opener Friday night at Wolves Stadium.

The Rangers roughed up the Golden Wolves in the trenches chewing up 327 of their 366 total yards with the ground game.

Stetson Garcia used his blocking wisely piling up 82 yards on 15 carries with two touchdowns. Teammate Isaias Dominguez also went for 82 yards and a score. Quarterback Abraham Hernandez didn’t have to use his arm but sure used his legs grinding out 52 yards on the ground.

Borger gets past Lubbock

Borger got off on the right foot to open the season, scoring the last 14 points of the game to beat Lubbock High 28-14 at home.

It was a tight game for most of the first three quarters, as it was tied 14-14 in the third quarter. But Borger took the lead for good on a 10-yard scoring pass from K.J. Jennings to Gabriel Campoya, then clinched it in the fourth quarter on a 1-yard scoring run by Donteh Bates. 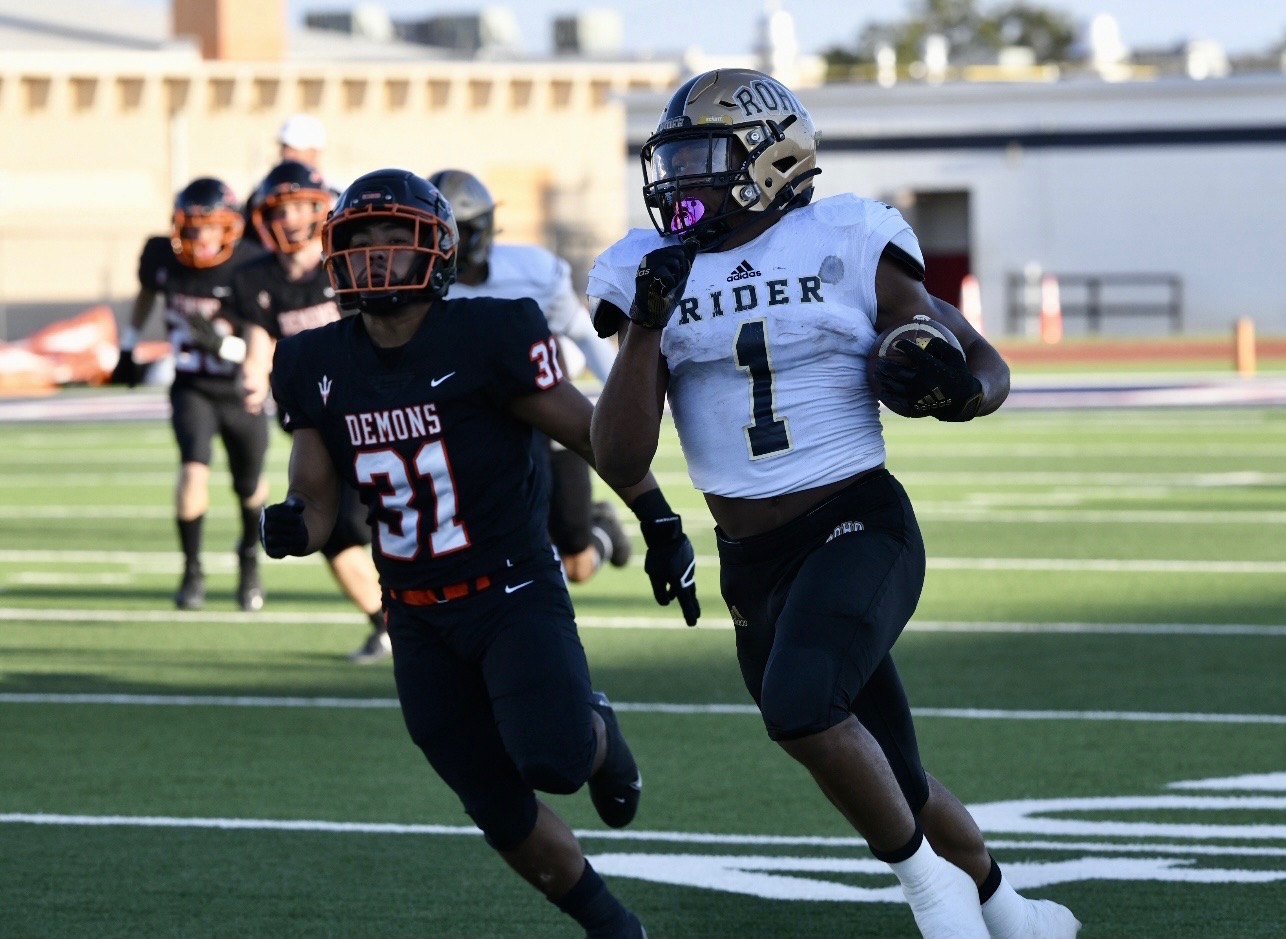 Week one is all about growth, and the Dumas Demons were put to the test facing a solid Wichita Falls Rider squad.

In the end, Rider was too much for a Dumas team with a bunch of new faces, coming away with a 38-18 victory over the Demons Friday night.

Rider (1-0) did a good job defensively keeping the Demons (0-1) from getting anything going on the ground. Dumas finished with only 55 yards on the ground on 30 carries. Both Grayson McCurley and Brayden Boggs-Rushing took snaps at QB trying to get some offense going for the Demons. The two totaled 17-29 199 yards and two touchdowns.

Raiders running back Anquan Willis had a big performance with 92 yards on only nine carries with three touchdowns.

A late rally fell short for Pampa, as the Harvesters lost at Elk City, Okla. 35-28 to spoil the debut of new coach Cody Robinson.

The teams exchanged touchdowns in the second quarter as it was tied 14-14 at halftime. But Elk City scored 21 unanswered points in the second half, the last 14 coming on two touchdown runs by Day Day Thompson to make it 35-14.

Pampa didn’t go down without a fight, as Sam Anguiano threw two fourth quarter touchdown passes, one of 53 yards to Hunter Dyer and another to Cornelius Landers of 13 yards to cut it to 35-28, but that was as close as the Harvesters got.

Anguiano threw for 255 yards and two touchdowns while Dyer had nine catches for 138 yards. Thompson led Elk City with 149 yards on 25 carries.