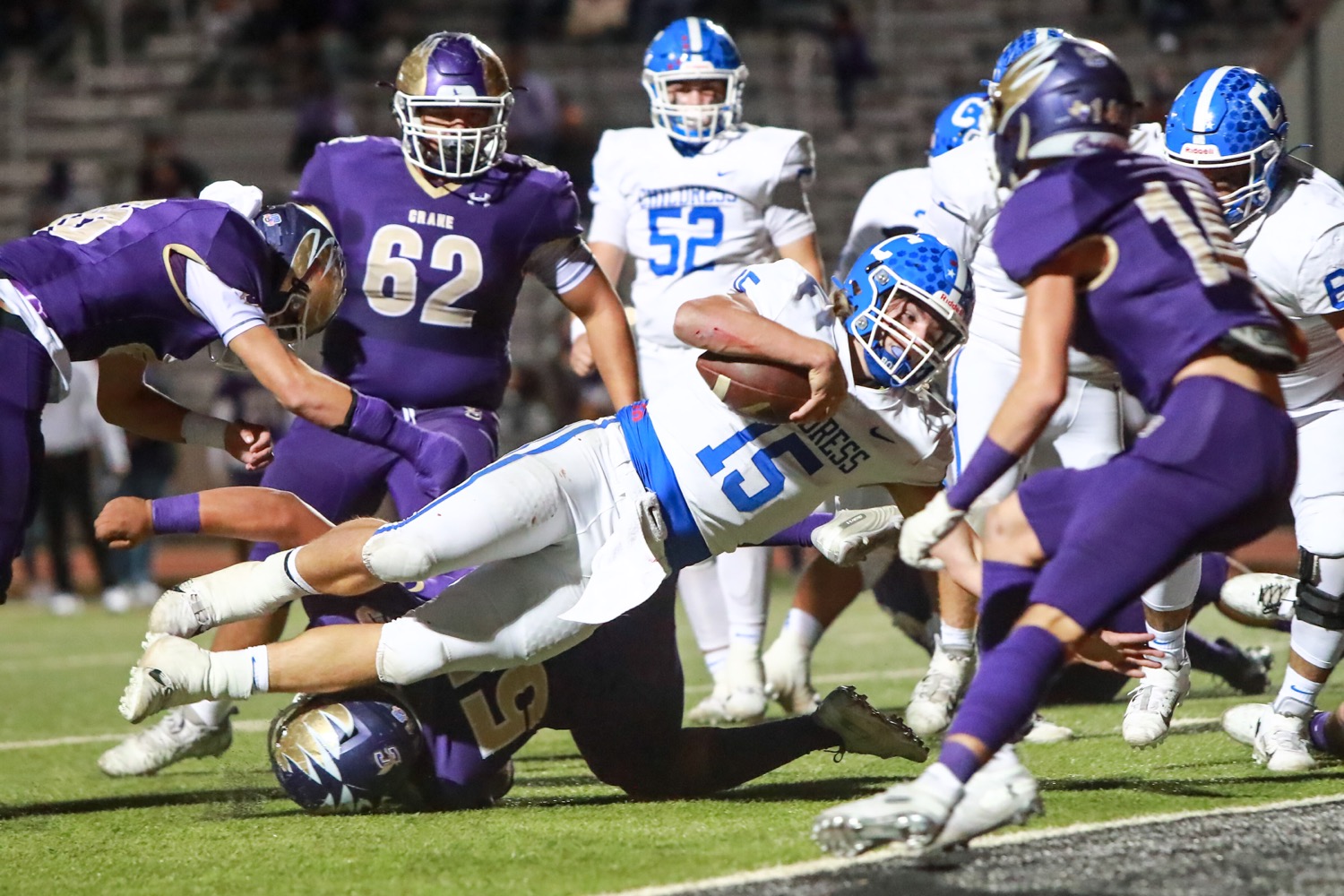 After a week of adversity dealing with the absence of their head coach Jason Sims, the coaching staff, and team pulled together for the Childress Bobcats for a clutch 35-25 win against Crane in the Class 3A Division II area round at Todd Field in Shallowater on Thursday night.

The Bobcats had to play without coach Sims for the first time since he took over the program six years ago. Sims was back in Childress dealing with COVID-19, but is feeling better by the day.

The Bobcats put a plan in place with assistants stepping up their roles. Veteran assistant Kirk Stephens called the offense, while Bo Helm called the defense.

“I couldn’t be more proud of our players and coaches right now,” Sims said. “They have shown a rare type of character it takes to overcome extreme adversity and prevail. That speaks testaments as to their heart, desire and love for one another. Watching the bus drive out of town without me was gut wrenching. But I always trusted our team to bring it home.”

Just like the Abernathy game, Childress got out to a slow start trailing the Golden Cranes, 13-7 at the half. But in the second half the Bobcats picked up the tempo and the offense started rolling. Down 18-14 midway through the third, quarterback Collin Bishop called his own number on a 15-yard touchdown scamper giving the Bobcats a 21-18 lead. To start the fourth quarter, Bishop this time took to the air connecting with receiver Devron Sims on a 6-yard TD, extending the margin at 28-18.

Childress then picked up some much needed insurance when Bishop scored his third rushing touchdown from 5-yards out for a 35-18 lead.

Bishop 11-of-18 passing for 92 yards with a passing touchdown and a pick, but did most of his damage with his feet chewing up 181 yards on 34 carries with three scores.

The Bobcats (9-2) await the Ballinger-Spearman winner for a regional semifinal matchup next week at a time and place to be determined. 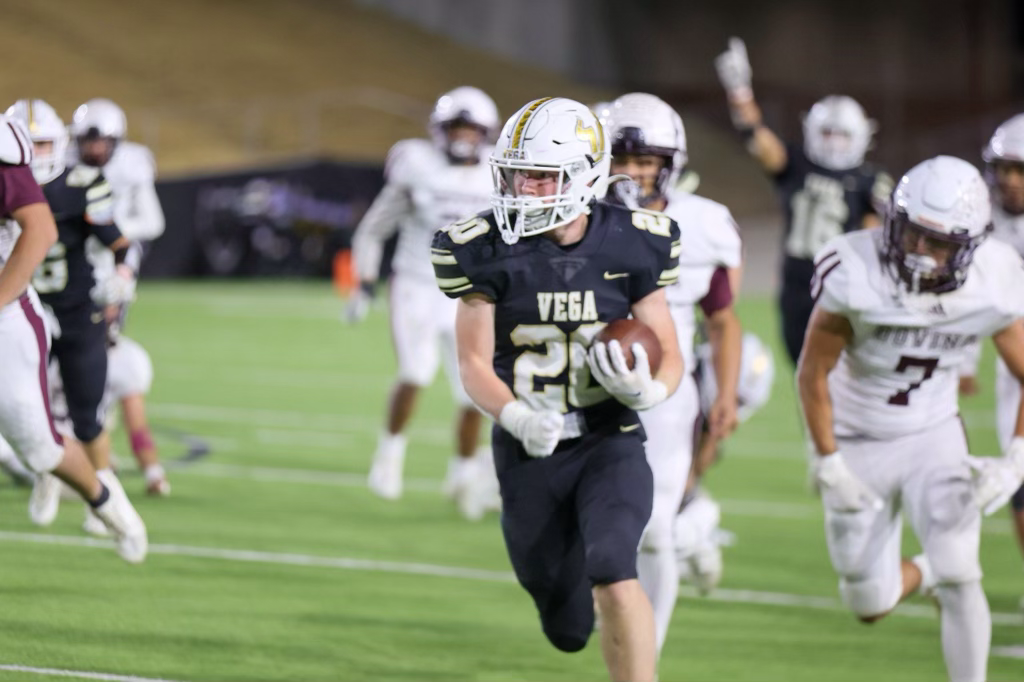 Four first half touchdowns were enough to help the Vega Longhorns knock off Bovina, 35-10, in a Class 2A Division II area matchup at Happy State Bank Stadium in Canyon on Thursday night.

The Mustangs (4-7 overall) hung tough though struggled offensively against the Longhorns defense. Vega’s offense didn’t have any issue scoring, especially in the first half building a 14-7 lead after one, then extending the advantage, 28-10, by halftime.

Vega running back Clay Gilter was superb rushing for 122 yards with a touchdown. Teammate Riley Tiemman tacked on 81 yards on the ground, caught a touchdown, and took back a kickoff 85 yards for a score.

The Longhorns (10-2 overall) advance to the regional semifinals, and will face the Wellington-Wink winner at a time and place to be determined.