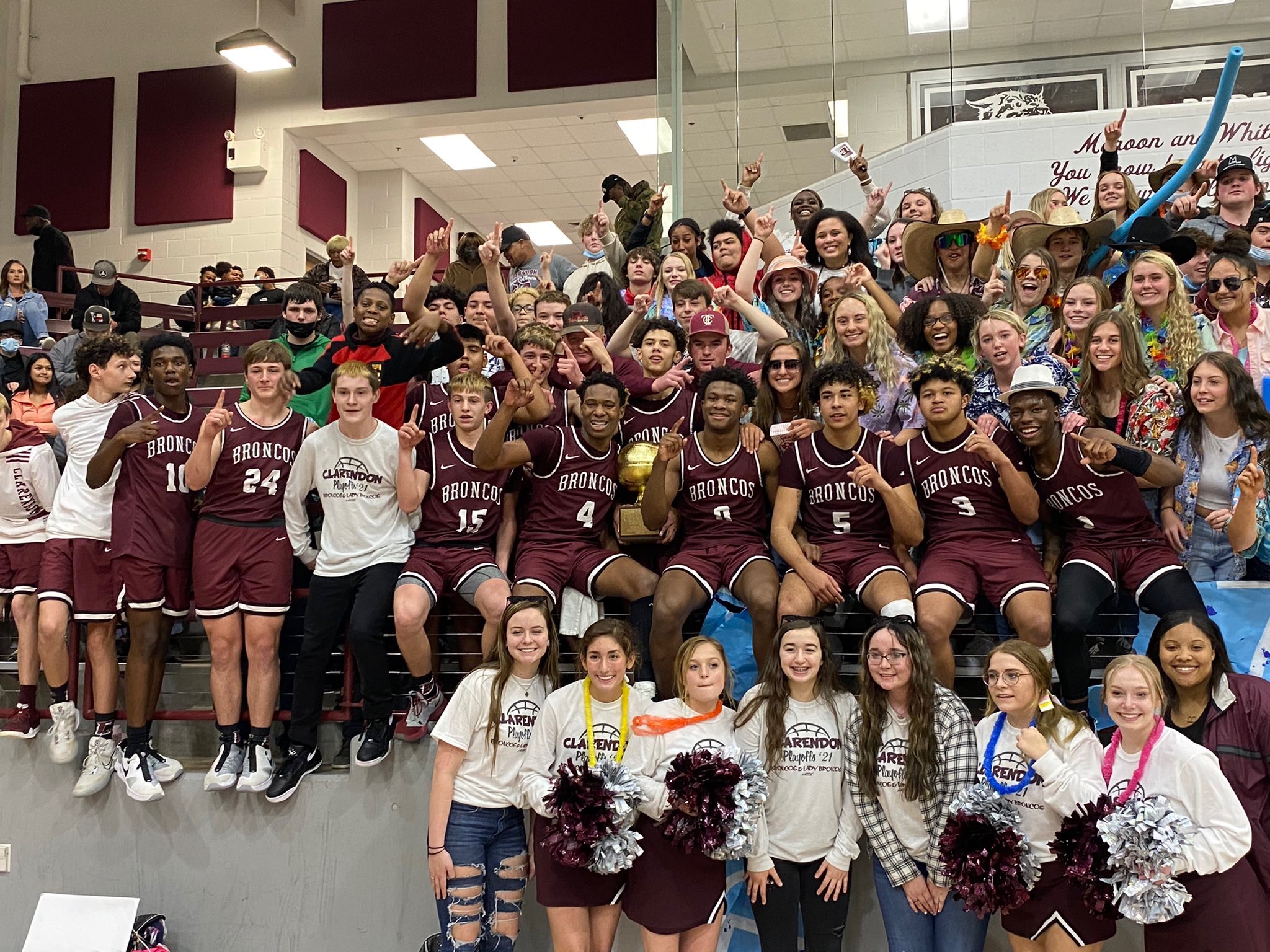 The Clarendon Broncos showed how strong they can be surging past Wink, 85-65, to win the Region I-2A title in Littlefield on Friday night.

Jmaury Davis has been a big threat for Claredon all season long, but faced two early fouls that took him out of the first half completely.

Even without Davis, the Broncos found themselves leading 21-16 after the first quarter. Looking for someone to step up, Clarendon looked to senior Donovan Thompson.

Thompson stepped up in a big way for the Broncos as he was a complete mismatch for the Wildcats, going off for a career-high 37 points. “Donovan is as good as he allows himself to be when he puts his mind to it,” Clarendon head coach Boston Hudson said. “I’m proud of the way he stepped up and how we executed our game plan around him.”

Execute they did as Clarendon used their quick speed and defensive prowess to separate themselves from the Wildcats, who suffered their only loss of the year finishing at 27-1.

“This is a group that hasn’t gotten alot of time to play together,” Hudson said. “The first time we played with a full team was the second week of district.”

Clarendon (24-4) advances to the state semifimals for the first time since 2017, and will now meet up with No. 8-ranked Lipan (24-4) at a time and place to be determined. 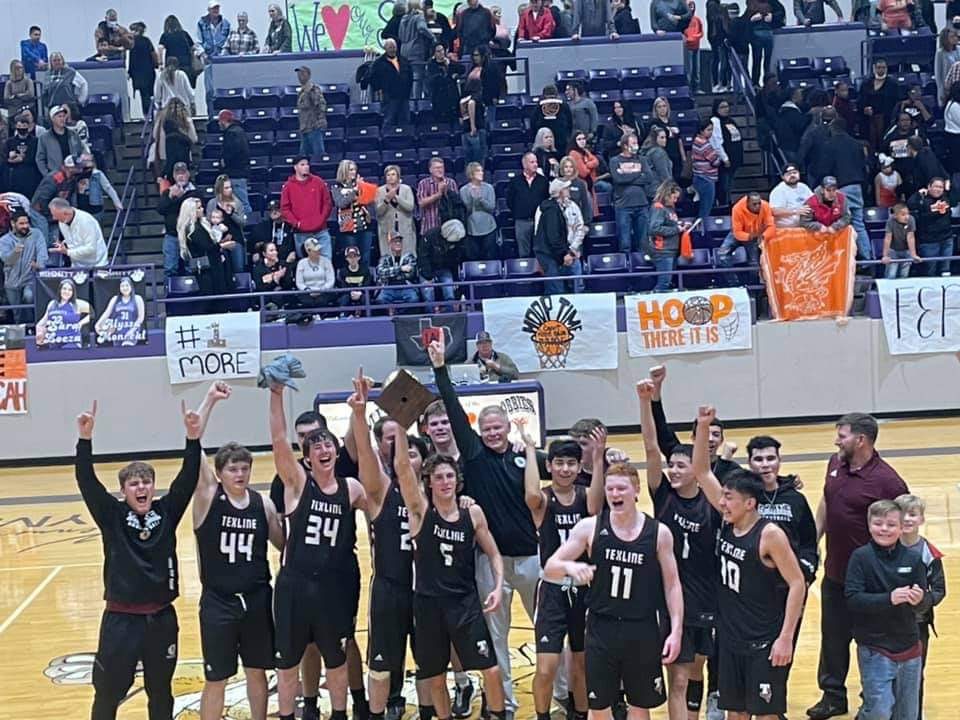 For the first time in six years, the Texline Tornadoes are one win away from playing for a state championship.

Texline fell behind Paducah early in Friday’s Region I-1A championship game at Dimmitt, but rallied to tie it at halftime. The Tornadoes only picked up speed from there, taking the lead in the third quarter and putting away the game with a huge offensive fourth quarter to roll past Paducah 72-57 and reach the state semifinal.

“We showed tremendous resiliency,” Texline head coach Coby Beckner said. “I’m so proud of this team. They believed in themselves and you could really see that belief in them on the floor. I’m just so happy with how they played.”

There, Texline (24-4) will face the winner of Saturday’s game between Westbrook and Eula.

Texline scored 31 points in the fourth quarter as Noel Lozano had 10.

Lozano finished with 17 points while Elias Espino had 15 and Colton Luther scored 10.

“We started shaky but we stuck with it,” Beckner said. “We spaced floor and hit big 3-point shots. We made great passes and made big free-throws down the stretch.”