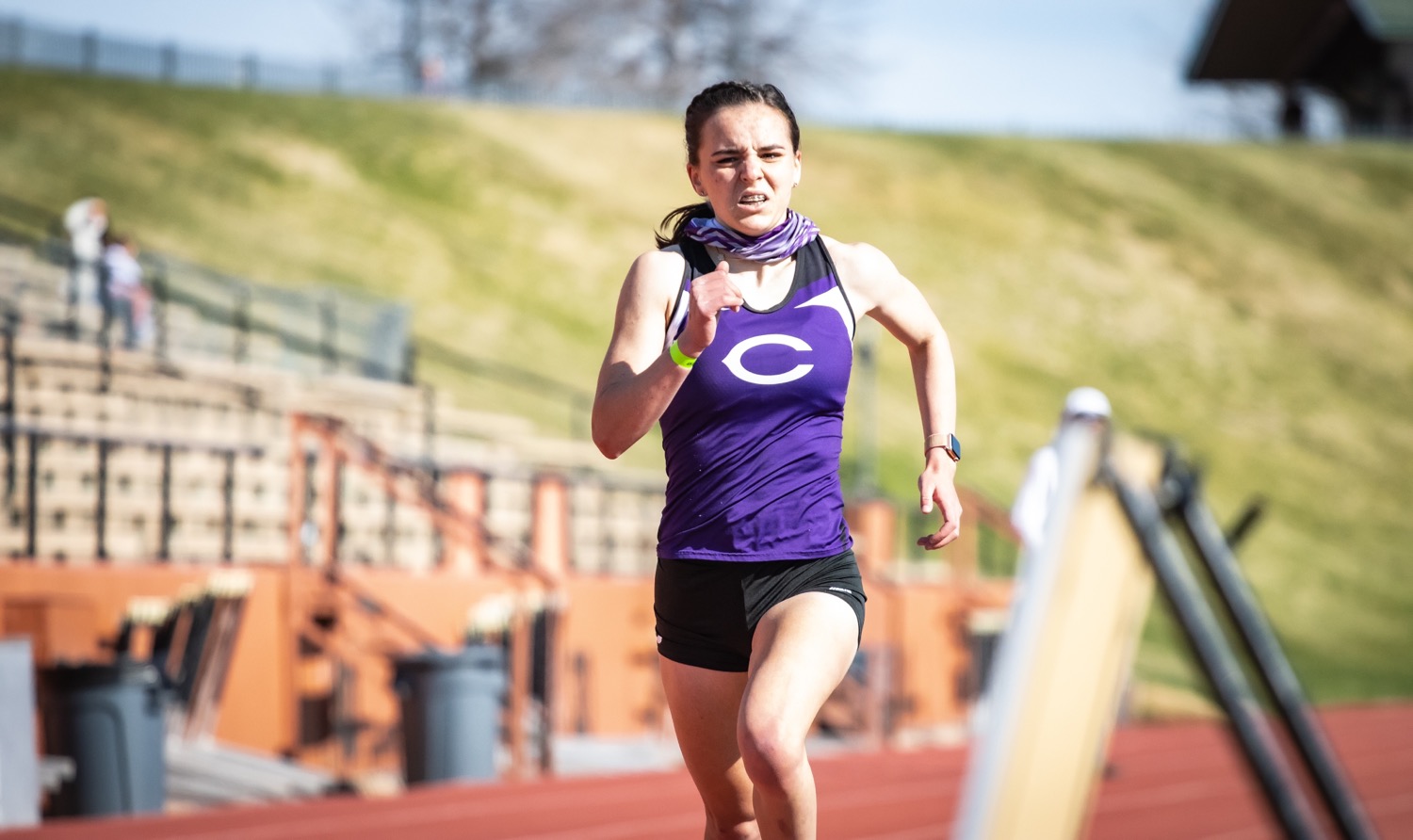 Canyon’s Breanna Stuart set the Amarillo Relays Meet of Champions record in the 3200 meter race with a time of 11:06.33 on Friday at Dick Bivins Stadium. [Ben Jenkins/ Press Pass Sports]

Canyon’s Breanna Stuart didn’t waste anytime putting her name in the record books during day one of the 65th running of the Amarillo Relays Meet of Champions on Friday morning at Dick Bivins Stadium.

Kicking off the day’s first race, Stuart pulled away from the field on the first curve of the 3200 meter run on the way to clocking a season-best 11:06.33, beating Randall graduate Erika DeWitt’s Amarillo Relays record of 11:09.83 set in 2014.

“It was definitely hard getting out so fast and running by myself,” Stuart said. “I was a little aggressive at the start, but it feels good to break that record.”

Stuart only grew stronger as the race got longer. By the midway point, the junior hit the first mile at 5:18. To close out the race, Stuart paced a 5.88 leaving the rest of the field behind.

“I’ve ran under 11 minutes before so I knew I could get close to that,” Stuart said. “I just look to continue to improve each week. My goal is to have my sister (Hannah) and I get to the state meet.”

“What Breanna did was pretty phenomenal,” Baca said. “She ran a 5:18 in the first mile, then she finished strong. That shows what great shape she’s in. I’m happy and proud of her.”

Breanna’s sister, and Canyon freshman, Hannah, came in second with her best time of the season at 5:32. Randall’s Sierra Sanchez earned a bronze medal with a 12:02.34.

The meet will conclude with the running finals set for noon, Saturday. 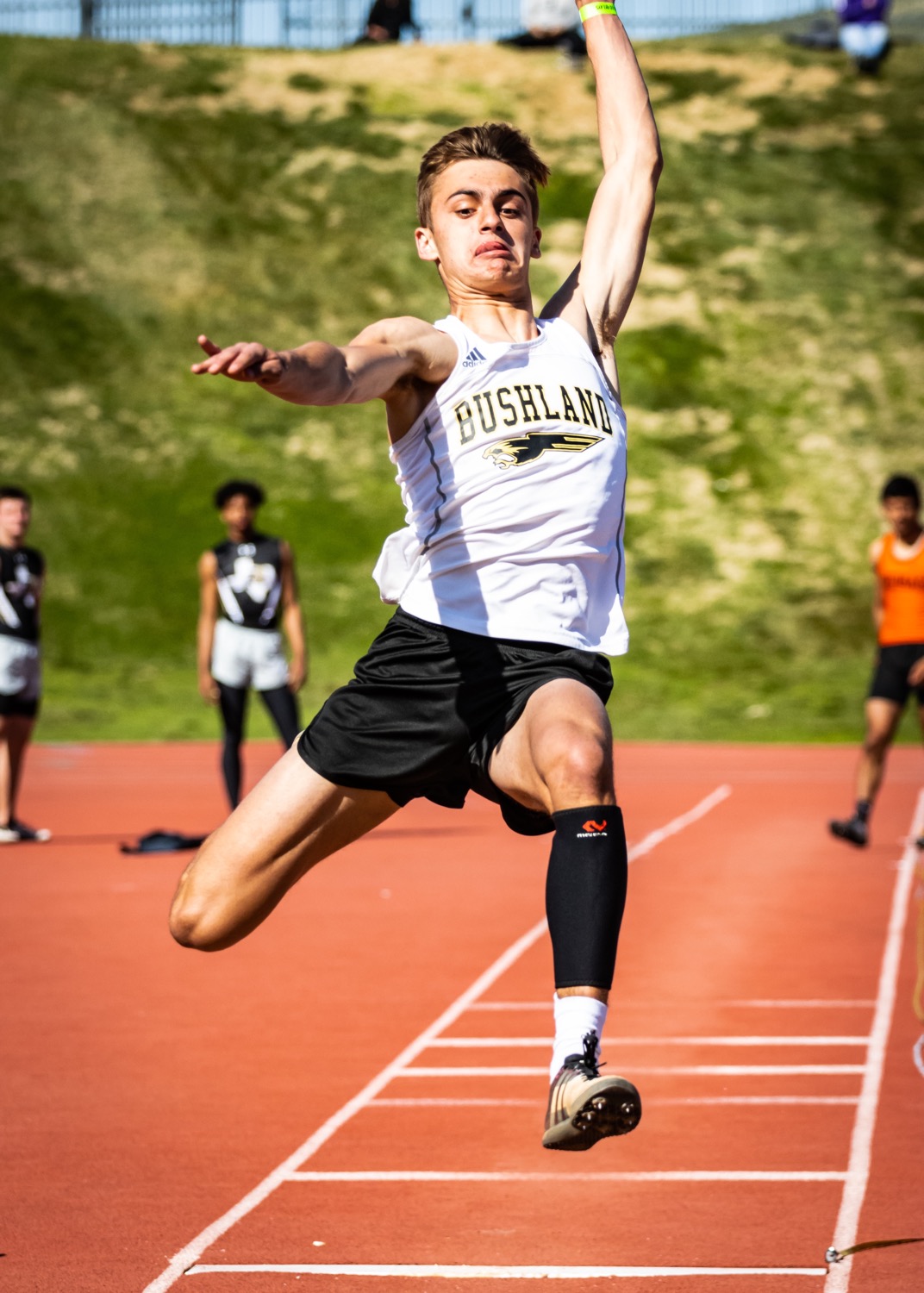 Amarillo High’s Isaac McGill came .07 seconds away from beating Tascosa graduate Briggs Wittlake’s 2016 meet record of 9:31.83. McGill ran a fantastic race, making a push at the record on his final lap with a time of 9:31.90.

Bushland’s Kash Bradley set a new season-best mark with a leap of 22-6 1/2 in the long jump event.

Caleb Bernal of Palo Duro won the boys shot put event as well as set a new personal-best with a toss of 48-9.

Competing in his first track meet of the season Amarillo High junior Damonze Woods earned a gold medal in the high jump with a leap of 6-foot-2.

Canyon sophomore Kashlee Dixon won the pole vault event with a leap of 12-feet. Dixon made a valiant attempt but came up inches short on clearing 12-7. That leap would have broken the meet record of 12-6 set by Maren Garnett of Spearman in 2018.

Randall’s Kailee Benton was impressive in the long jump setting a new season-best mark of 17-6 1/2 earning her a gold medal.

Canyon’s Danielle Burns found her way to the gold medal stand uncorking a personal-best 39-2 1/2 in the shot put.