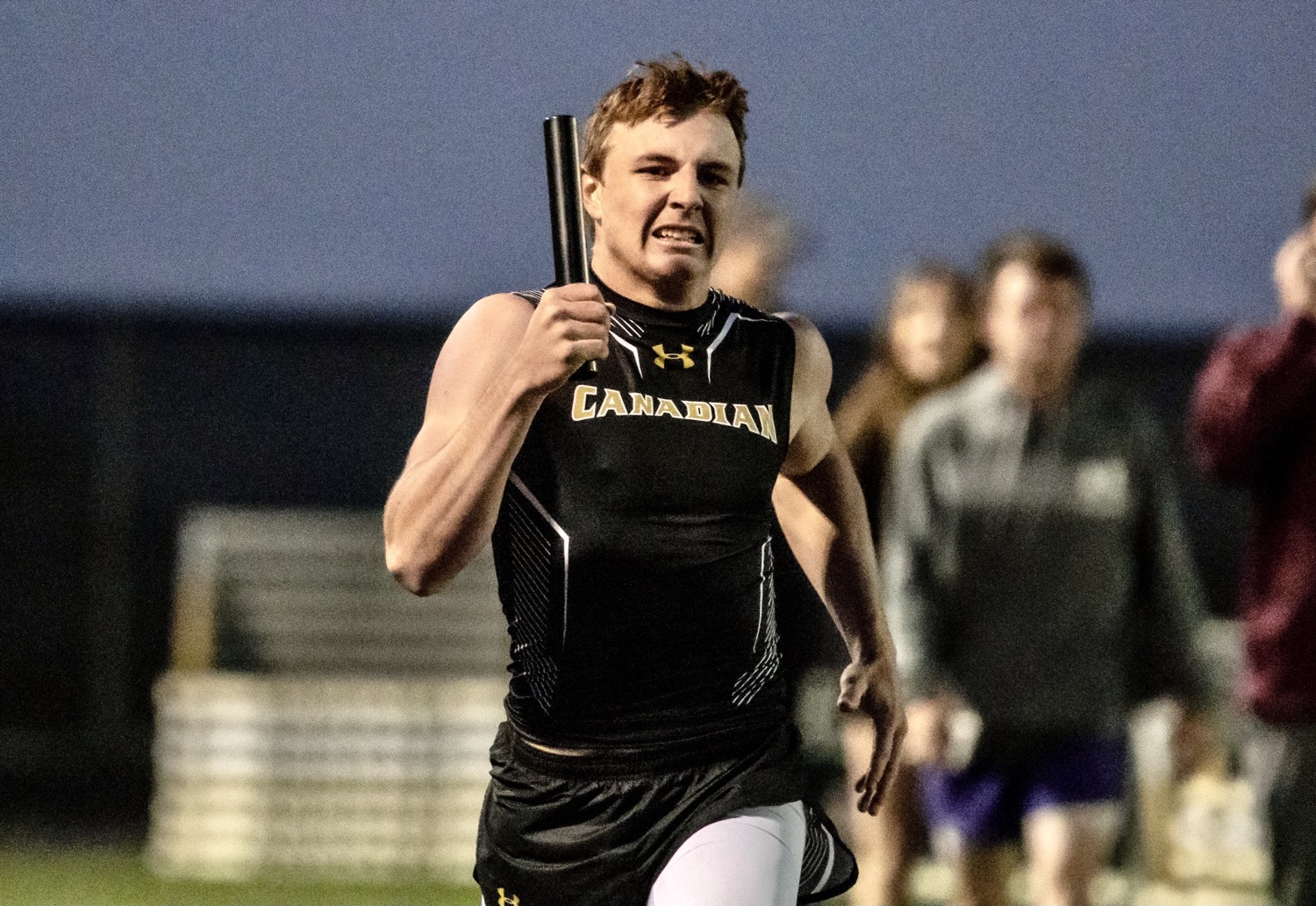 Canadian’s Hayze Hufstedler sprints down the track during the 1600 meter relay during the District 1-3A Track and Field Meet in Bushland on Wednesday night. [Ben Jenkins/ Press Pass Sports]

The Canadian boys and Bushland girls came away with team championships at the District 1-3A Track and Field Meet at Falcons Stadium in Bushland on Wednesday.

The Wildcats 1600 meter relay was the difference. The team of Hayze Hufstedler, Joshua Culwell, Angel Garcia, and Rylun Clark, left the rest of the field in the dust clocking a 3:29.55 to advance to the area meet.

Clark also found the medal stand by winning the 800 meter run with a time of 2:01.18, and qualified in Monday’s pole vault competition with a vault of 12-feet.

Spearman’s Brenen Thompson is headed to area in three events. The highly recruited Division I football prospect with 37 offers currently, was a part of the Lxnx gold medal winning 400 meter relay (44.70), won the 100 meter dash by blazing a 10.96, and ran away with the 200 meter clocking a 22.10.

During Monday’s field events, Bushland’s Kash Bradley rewrote the school record books for a second time this season. Bradley broke his own school record by leaping a 22-9 1/2. Bradley wasn’t done there. Running on Wednesday, the junior came in third in the 100 meter dash (11.58) and was a part of the 1600 mile relay team that earned bronze. 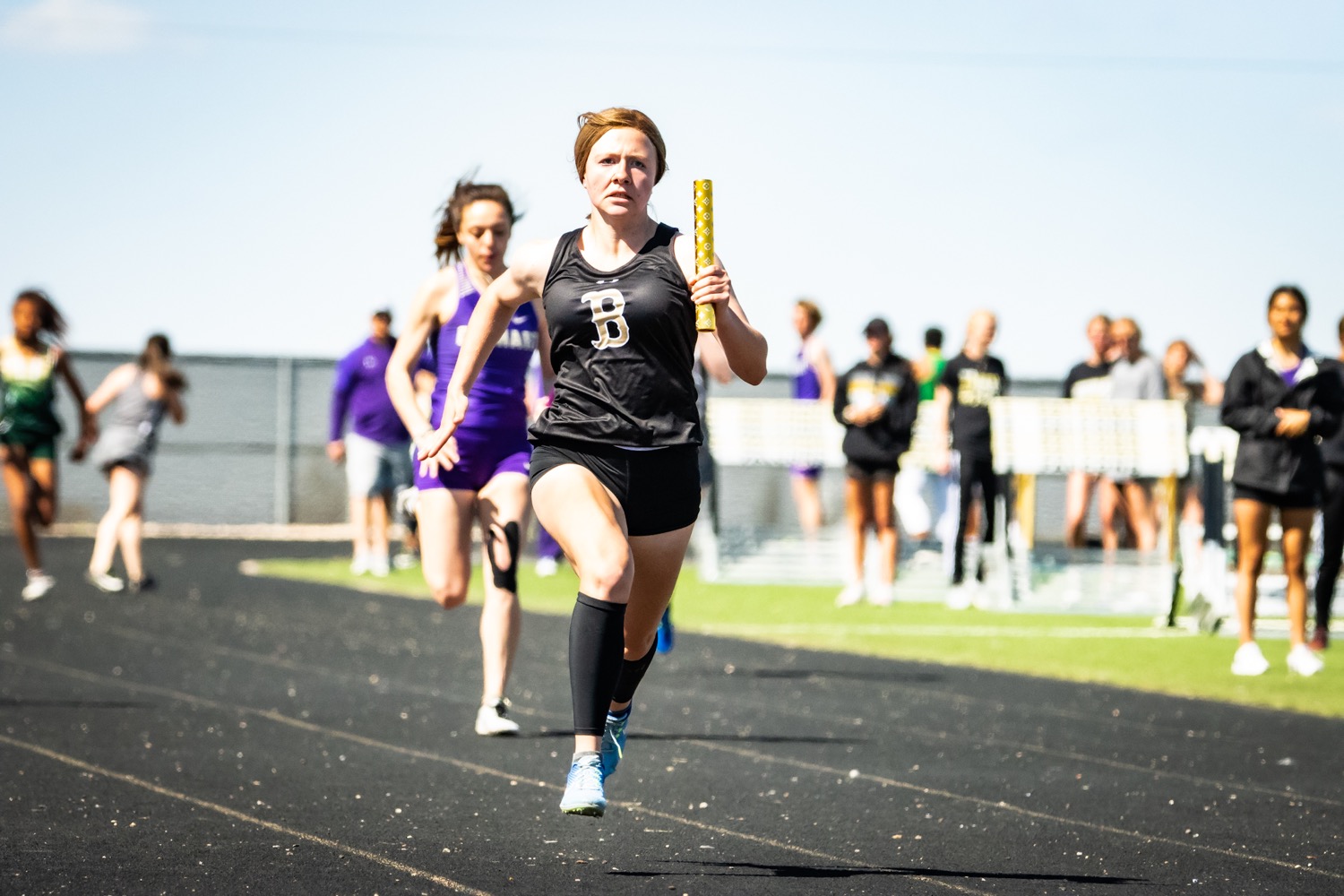 On the girls side, the Lady Falcons soared to a district title by racking up 203 team points, which was 48 points better than second place Spearman’s 155.

Bushland wasn’t done there. On Monday, Jillian Howell made the most of throwing for the first time all season setting a new Texas Panhandle season-best mark of 40-3 1/2 to win the shot put.

Spearman’s Candice Mackie had an impressive meet. Mackie leaped a season-best 17-7 1/2 earning gold in the long jump. Mackie came back strong Wednesday gaining silver medals in both the 100 meter hurdles (16.30) and the 300 hurdles (48.10).

Not to be outdone was Canadian’s Mattie Boyd. The junior set a new personal-best launching a 135-0 to claim gold in the discus, then followed that effort with a silver in the shot put (35-11).

For full results of the District 1-3A meet, click on the link below. The top four individuals in each event advance to area. 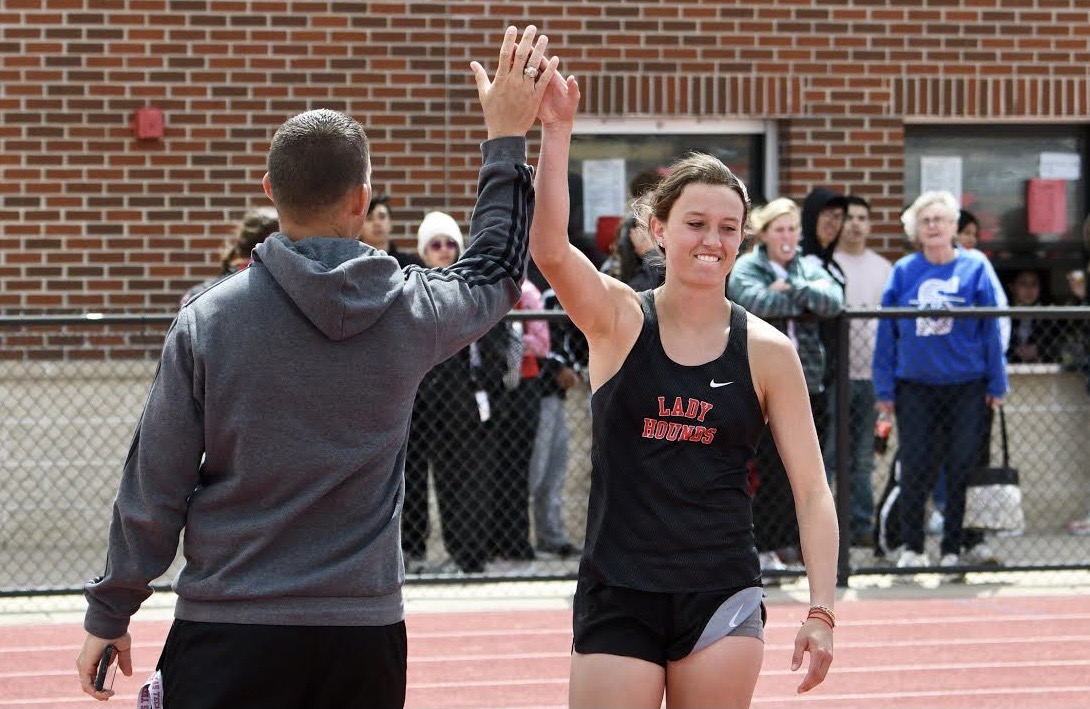 Sunray claimed the boys title, while Stratford earned the girls championship during the District 1-2A Track and Field Meet at West Texas High in Stinnett on Wednesday.

The Lady Elks used a full team performance putting up 200 points holding off Gruver (175 points) for the district crown.

Stratford standout and Tarleton State track signee Rese Schoonover did her part Wednesday by qualifying to the area meet in four events. The senior won gold in the 300 meter hurdles clocking a 48.20, then claimed three silver medals as a part of the 800 meter relay, the 100 hurdles (15.40), and the triple jump (34-3 3/4).

However, no athlete may have been more impressive than Gruver’s Bailey Maupin was Wednesday. Maupin braved windy conditions to break her own school record with an eye-opening leap of 5-foot-8 inches winning the high jump with ease. Maupin’s 5-8 is by far the best in all of Class 2A, and is tied for second in all classifications statewide.

Sunray’s Ella Strickland was another note of mention. Strickland found the gold medal stand in the pole vault (12-feet), and the 100 meter hurdles (15.40). Strickland also earned silver in the 300 hurdles, while helping the Lady Bobcats to a second place finish in the 1600 meter relay.

In boys action, Sunray dominated in the relay events that helped lift the Bobcats (192 points) edge Stratford (182) by nine points for the team championship.

Individually, Gruver’s Gus Gifford was definitely a highlight bringing home three gold medals. Gifford ran an 11.20 for a win in the 100 meter dash, then took gold in the 200 meter thanks to a time of 23.40, and topped it off by leaping a 6-foot- inches to get a victory in the high jump event.

The District 1-2A/2-2A Area Track and Field Meet is set for Wednesday in Panhandle.