Bushland’s season comes to stunning end at hands of Jacksboro 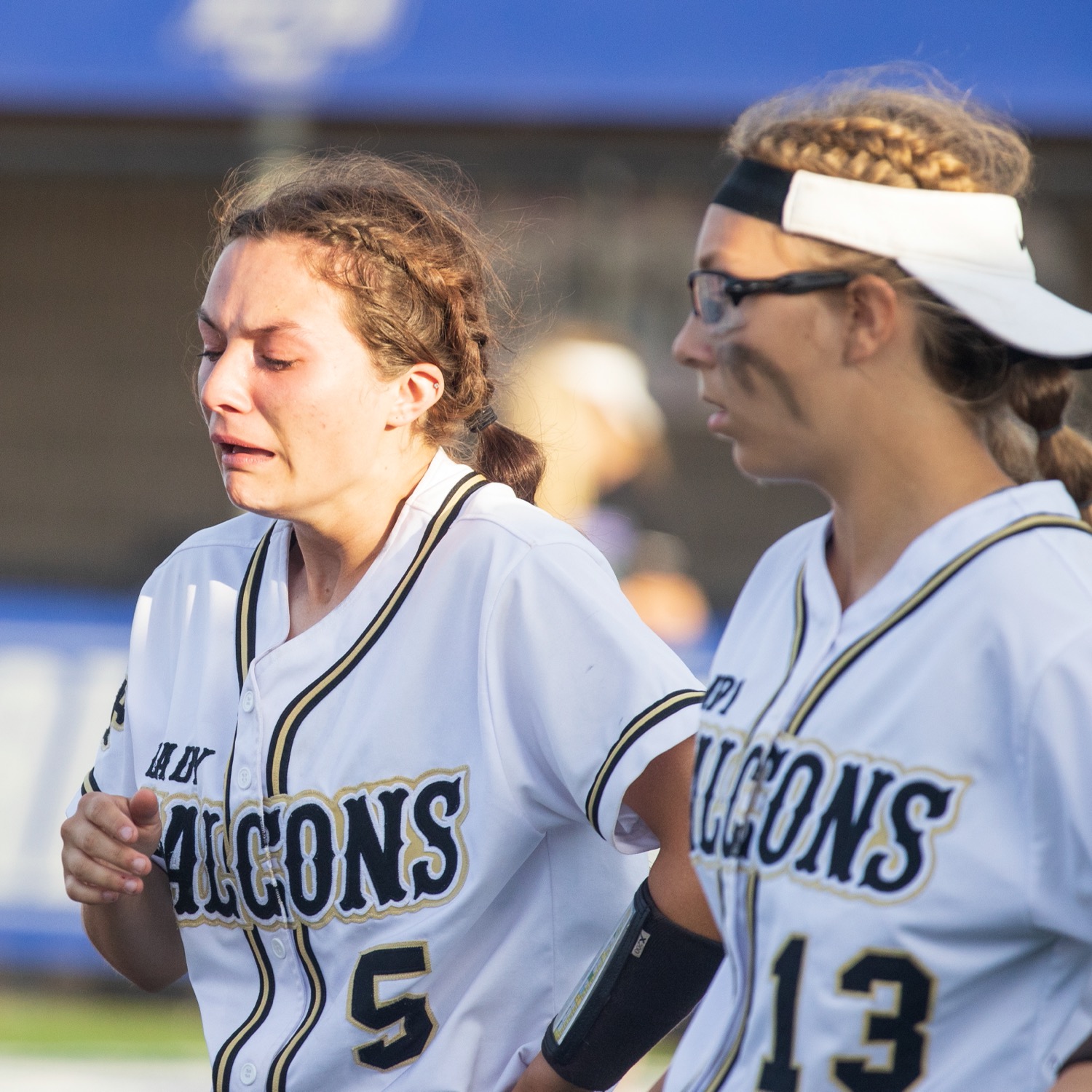 Bushland’s stellar season came to an end on Saturday in a pair of losses to Jacksboro in the Class 3A regional semifinals at Lubbock Christian. [Tom Carver Press Pass Sports]

LUBBOCK— Bushland saw its season come to a disappointing end at the hands of No. 10 Jacksboro with a pair of very competitive defeats in the Class 3A regional semifinals, 5-3, followed by a shocking 8-6 loss on Saturday at Lubbock Christian University.

The No. 7-ranked Lady Falcons had taken a 1-0 series lead thanks to a 5-3 win Friday night in Game 1 at Iowa Park, but were unable to sustain that edge in the best-of-3 series.

The losses snapped Bushland’s impressive 21-game win streak dating back to March 5. It’s also the Lady Falcons first loss to a 3A program this year with the only defeats coming to Fossil Ridge and No. 1 Flower Mound (34-3), which is still playing in the Class 6A postseason.

Jacksboro jumped out to a 2-0 lead in the top of the first of Game 2, never relinquishing the advantage. Tigerettes pitcher Alex Holman kept a potent Bushland lineup off balanced limitijg the Lady Falcons to six hits, three earned runs with six K’s.

“Their pitcher (Holman) had great off-speed stuff,” Bushland coach Scott Tankersley said. “Not only was her off-speed good, but she had a pitch that could drop.”

In the decisive third and final matchup Saturday afternoon, the Lady Falcon bats adjusted to Holman building a 2-0 first inning lead off a fielders choice grounder by Jillian Howell plating Corley Carr, followed by a single back up the middle by Avery Sena scoring Jaycee Adams.

Bushland was seemingly in the control through four innings as Howell added a 2-run shot to left field extending the Lady Falcons lead to 4-0, then in the fourth, Brylee Adams drilled a solo shot to left center that put Bushland on top 6-1.

But the top of the fifth will be an inning that Tankersley and his Lady Falcons will want to forget.

Leading 6-2, Jacksboro was threatening with runners at the corners and one out. Bushland pitcher Brylee Adams got Holman hit a ground ball to shortstop Jaycee Adams. Jaycee made a strong throw for a force out to first baseman Jillian Howell. Howell immediately fired to third trying to catch Kylie Tulluos rounding second. Howell’s throw was on point to her sister, and third baseman Abby Howell, who tagged Tullous sliding off the bag. Tullous was called out apparently ending the inning. That wasn’t the case. Jacksboro coach John Bennett protested the call, which forced a meeting between the home plate umpire and third base ump. The call was reversed, allowing Tullous to stay at third as a run scored making it 6-3 Bushland.

“The umpires told me it was fielders interference,” Tankersley said. “They said Abby’s foot was blocking the bag and her foot was in the way. That’s what they told me.”

That was the moment that spelled disaster for Bushland. Rylee Mathis took Brylee deep on the very next at-bat with a 2-run homer, cutting the deficit to 6-5. Brylee walked the next hitter, then served up another 2-run homer to Destany Valles to left that brought the Tigerettes all the way back instantly grabbing a 7-6 lead.

With the tides turned, the Lady Falcons never recovered as Jacksboro relief pitcher Avery Bennett sat down the final seven batters, including a strikeout of Joey Fowler to end the game. 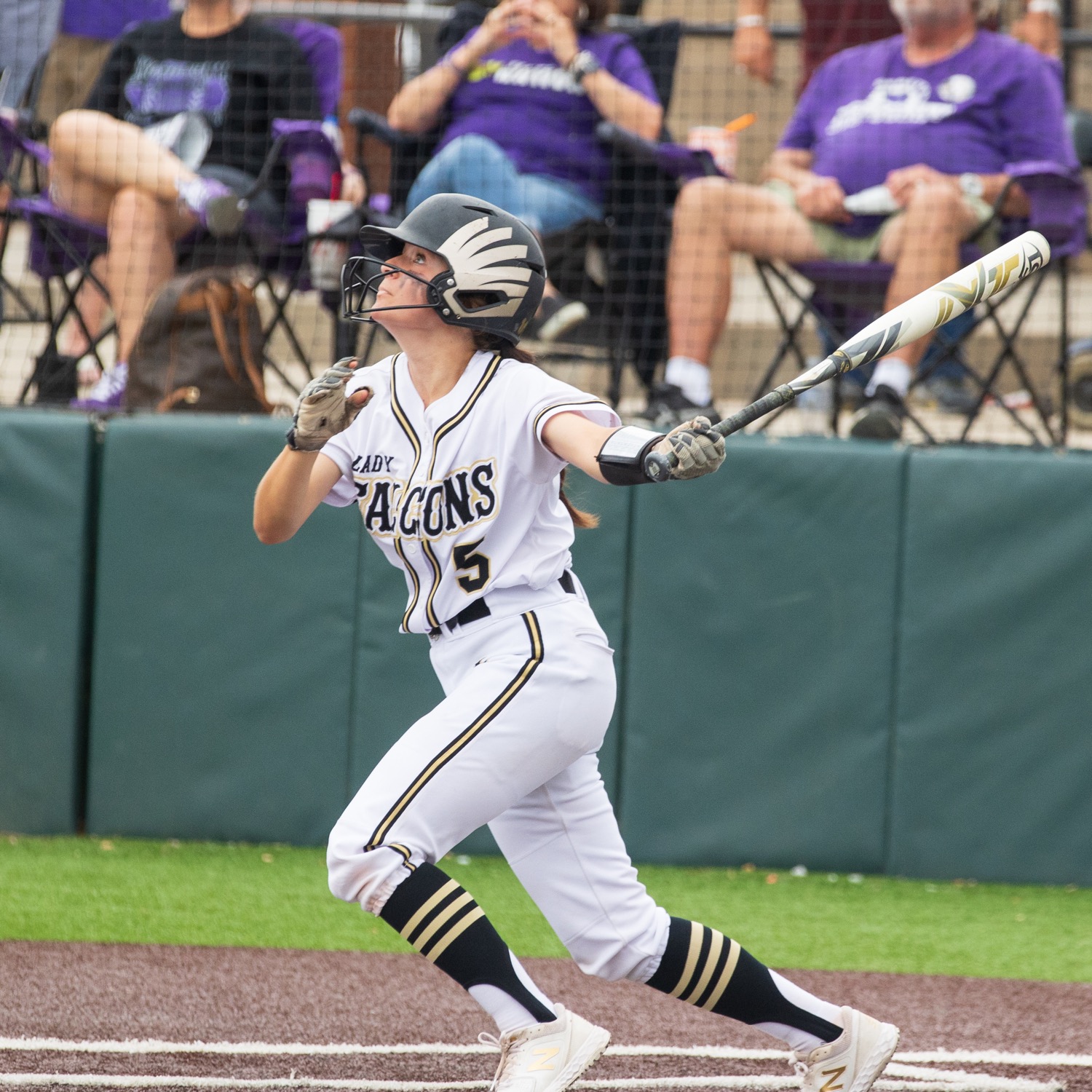 Though it was a bitter ending it the loss doesn’t take away what the 2021 Bushland Lady Falcons accomplished.

Bushland finished the season 30-4-1. The Lady Falcons were a dominating District 1-3A champion, while advancing to the fourth round of the playoffs for a third straight year.

What this team will be remembered for most is the eye-opening record set behind its powerful batting order. The Lady Falcons set a new University Interscholastic League record for home runs in a single season totaling 87 on the year led by freshman Abby Howell and Brylee Adams 15 a-piece.

“It just wasn’t our day,” Tankersley said. “But I’m so proud of this team and what they accomplished. This series could have gone either way. It was back and forth. This is a special team. They put in the work everyday and I’m very proud of all we did. But this was a tough way to lose.”

Jacksboro (33-8) advances to the programs first ever regional final, and will now face district rival No. 2 Holliday (27-1) at a time and place to be determined.