Bushland punches ticket back to UIL state tourney; Texas Panhandle sends off two of the greats 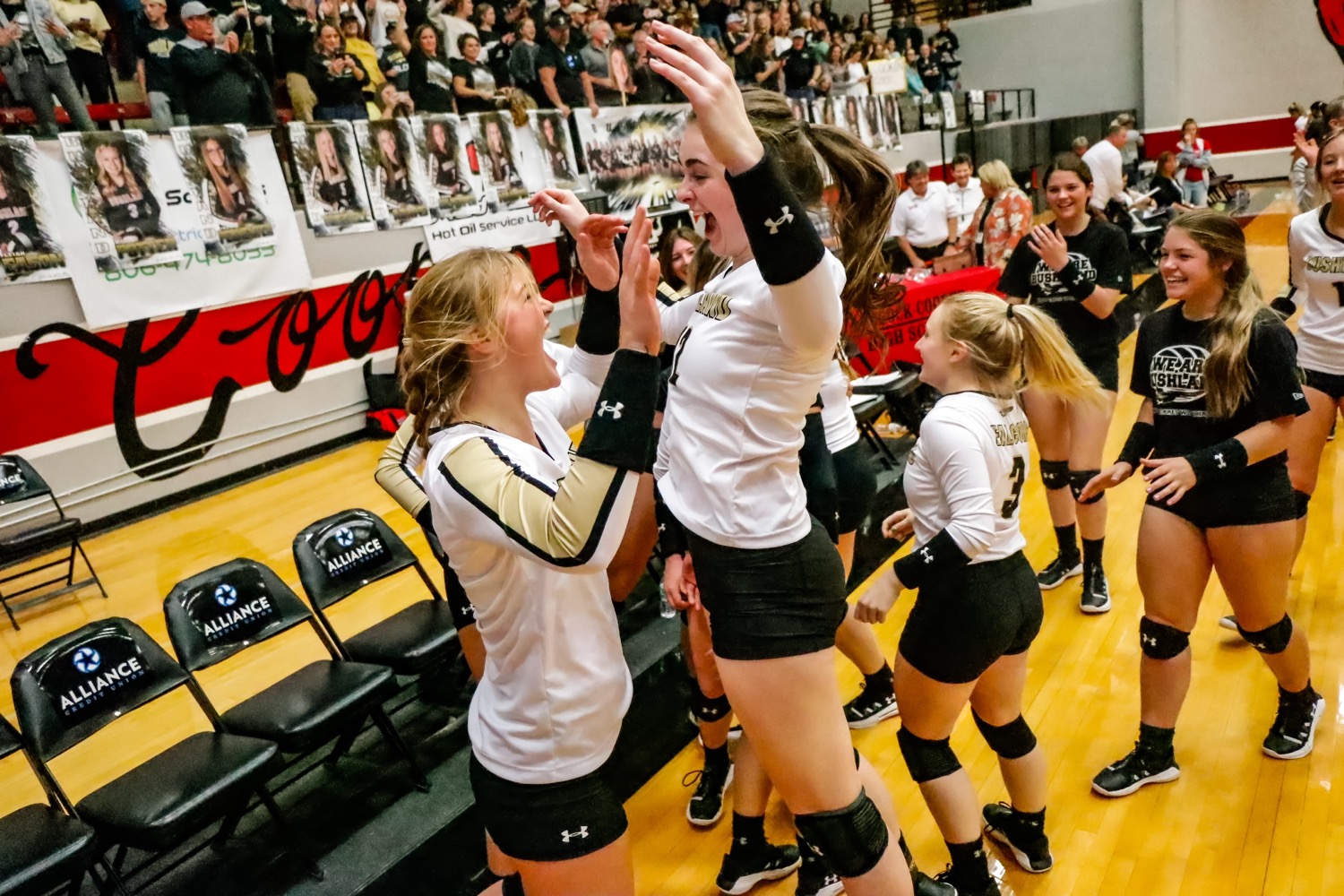 The Bushland Lady Falcons celebrate after taking down Holliday in the Region I-3A championship on Saturday at Lubbock-Cooper. Bushland is is headed back to the UIL Class 3A state tournament for a third straight year. [Ben Jenkins/ Press Pass Sports]

Once again the road to a state championship will go through Bushland.

The defending University Interscholastic League Class 3A state champion Lady Falcons are headed back to the state tournament for a third straight year after downing No. 3-ranked Holliday in the Region I-3A championship, 25-20, 24-26, 25-19, at Lubbock-Cooper on Saturday.

“Defending a state championship is the hardest thing to do,” said Bushland head coach Jason Culpepper, who is 703-167 all-time in 21 seasons overall. “Getting back three years in a row is tough, and trying to defend is tougher. But I’m so proud of this team and we’re going to enjoy this for a bit.”

The No. 4-ranked Lady Falcons took the first set 25-20, only to see Holliday rally by taking the second set 26-24. It was Bushland’s first time to drop a set the entire playoffs. Bushland remained un phased behind stellar defense and its outside hitting. The Lady Falcons used a big block from Emma Troxell to win the third set 25-19 on the way to a dominating 25-10 fourth.

“It feels amazing,” said Troxell, who combined for 29 kills and eight blocks in wins over Brock and Holliday over the weekend. “We were ready for this game, and ready to get back to state. We were able to keep up our energy and get this done.”

Libero Jaycee Adams was all over the floor Saturday making 39 digs, and totaled 55 for the regional. The senior will be making her third trip to state, and says there’s nothing more important than her team defending their crown.

“We had a focus, and a goal to get back,” said Adams, who was named to the All-Tournament team. “That’s what we’ve talked about most. We handled the tension and the electricity of the crowd, and I couldn’t be prouder to be going back to state.

Bushland improves to 33-4 and will play Columbus (38-8) from Region 4, at 1 p.m. Thursday in a UIL Class 3A state semifinal at the Curtis Culwell Center in Garland.

Randall and Wildorado’s season comes to an end

The Lady Raiders end a stellar year at 30-15 overall. Jordyn Gove and Taylor Irving were named to the All-Tournament team.

The Lady Mustangs, who made their first ever trip to the regional tournament, end a historic year at 32-14. 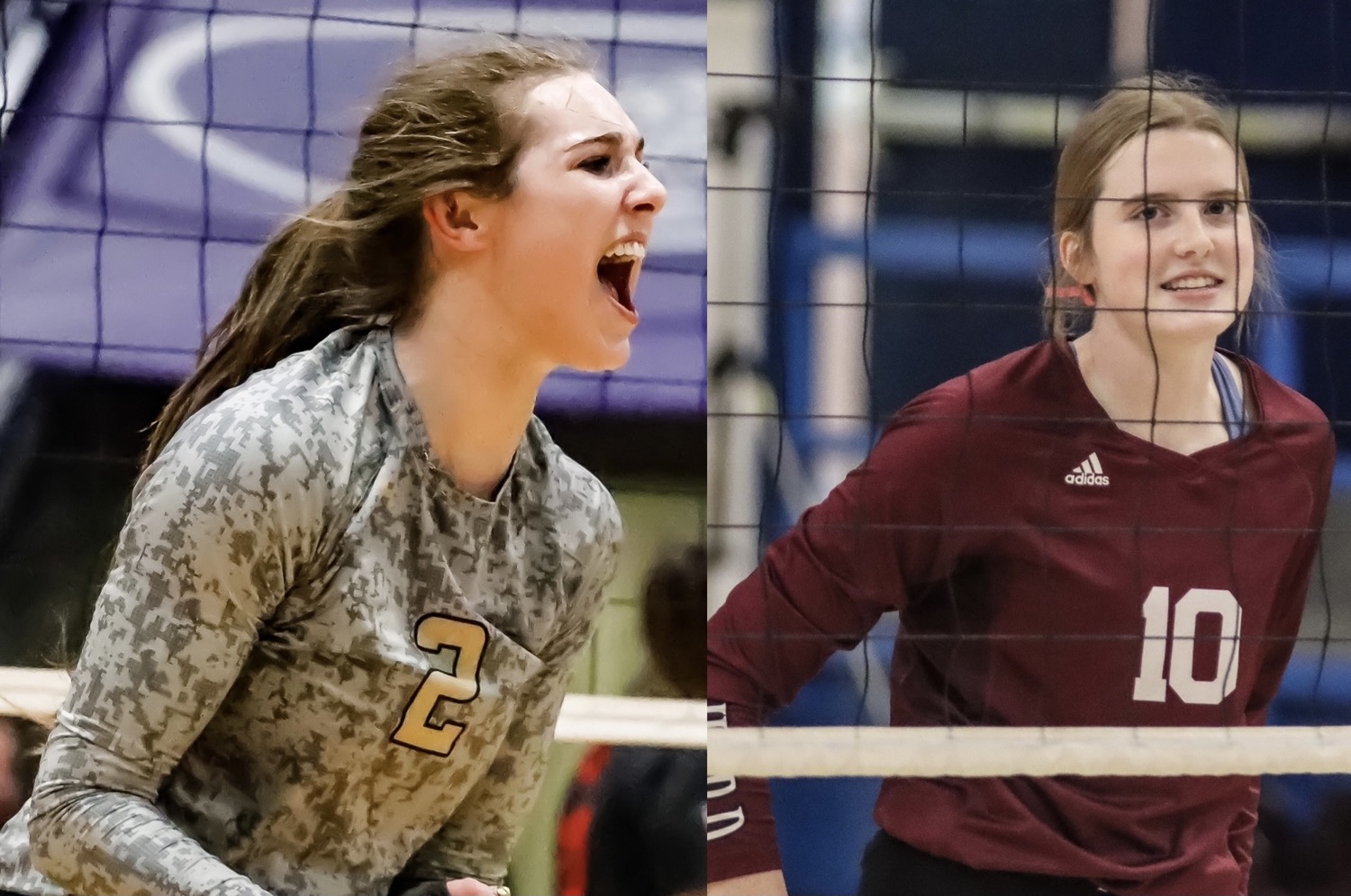 Thank you Currie and Taytum

Despite a loss to Grapevine in a Region I-5A semifinal, Marusak, who already held the single-season kills record at AHS, set the school’s all-time record for kills in a career passing good friend Emerson Solano’s 2016 record of 1,509. Marusak ended her career with 1,524. The reigning District 3-5A MVP is signed to play at Texas Tech.

Stow goes down as one of the best to ever wear a Hereford uniform. The 6-foot-3 middle blocker, that will play her college ball at West Texas A&M, ended her illustrious career with 1,840 kills and 555 blocks. She helped lead Hereford to a state-runner up appearance in 2019, and is a three-time, soon to be four-time, All-State selection.