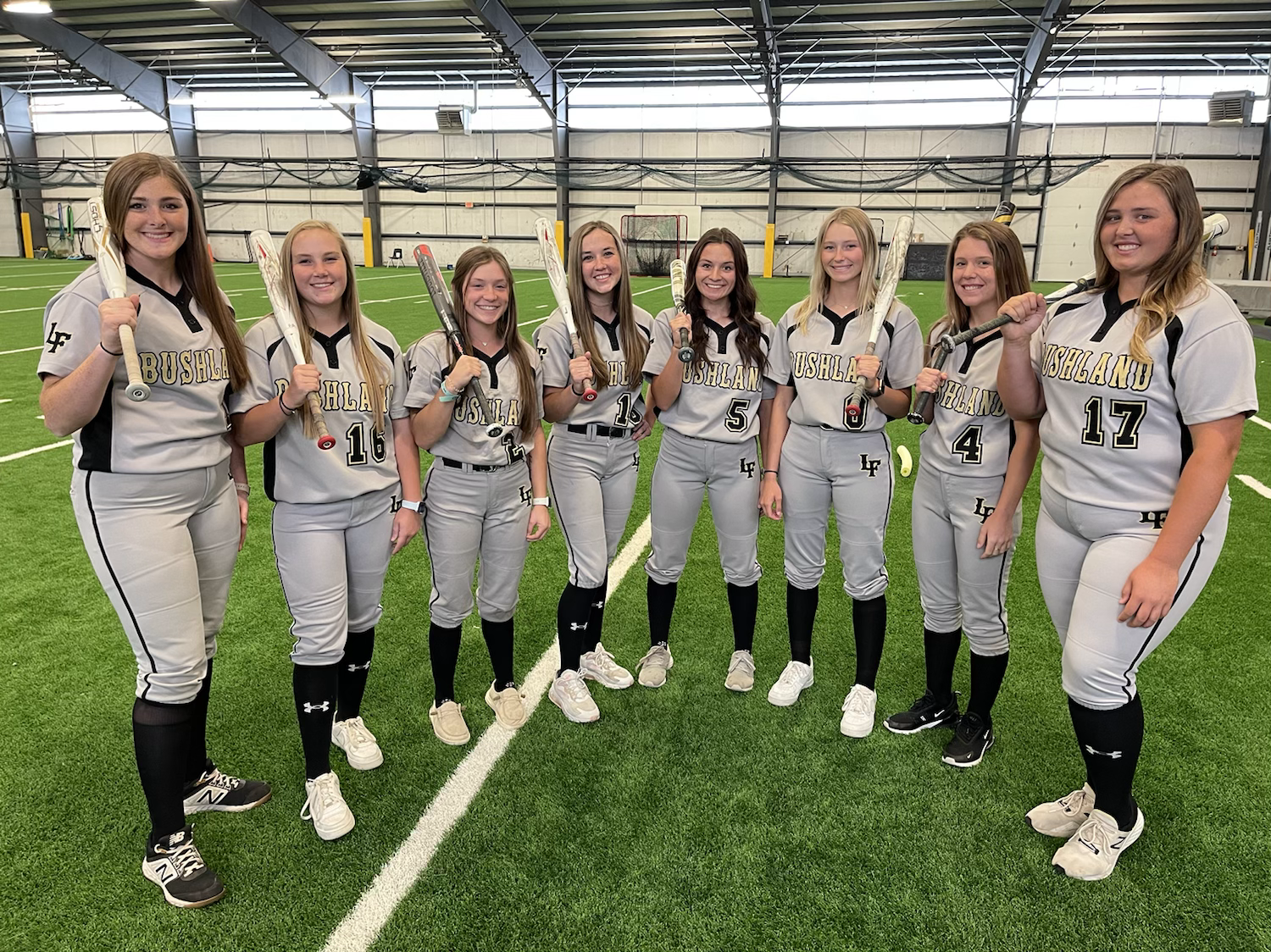 It’s only fitting it’s the No. 10-ranked Bushland Lady Falcons as they get set for a key Class 3A regional quarterfinal showdown with No. 5 Idalou in a battle of top 10 teams with Game 1 of a best-of-3 series opening at 6 p.m., Friday at Lubbock High.

Bushland (27-2-1 overall) has been a dominant force crushing anyone in its path all season with a powerful lineup that can only be described as the “Bushland bomb squad”. Through 30 games the Lady Falcons have slammed 79 homers as a team, which is only three off of Canyon’s UIL state record of 82 set during the Lady Eagles 2017 run to the state semifinals.

Notre Dame out of Crowley, La., currently holds the national record for homers in a season, which they set this year with 94.

Bushland first-year head coach Scott Tankersley, who has a storied 32 years of coaching winning basketball and wrestling state titles, says he becomes a fan when watching his team at the plate.

“I don’t remember having a lineup this explosive,” Tankersley said. “It’s a blessing

to see, and I have the front row seat watching them performing all year.”

Bushland is led by seniors Avery Sena, Corley Carr, Syndee Stewart and Joey Fowler. However, up and down the batting order brings plenty of pop. 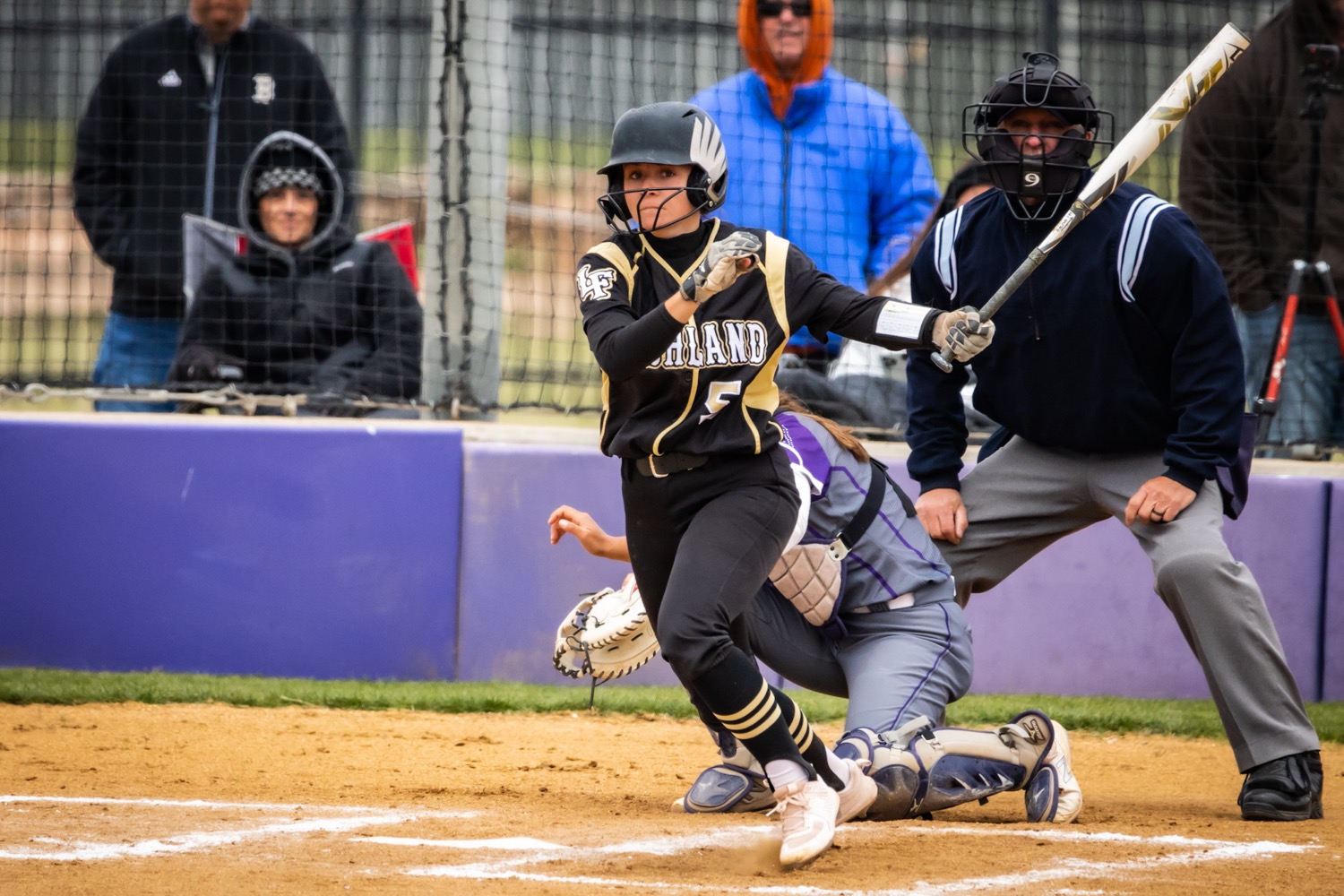 Freshmen Abby Howell and Brylee Adams are huge bright spots leading the team with 13 homers apiece. Sena has 10 homers, Stewart, and Abby’s older sister, Jillian Howell, have nine, Jaycee Adams, the older sister of Brylee, has eight, and Fowler has hit a homer in five straight games giving her seven this year.

“I think it’s the chemistry on the team more than anything that makes this year special,” said Sena, who is batting .530 with 53 RBIs. “We have all come together. This is more of a family than just a team. We’ve had younger players step up where we’ve needed them to.”

The Lady Falcons don’t just manufacture runs with the long ball. They are full of pure hitters that feast on pitching. On the season Bushland has an eye-opening 93 doubles, 40 triples, and during district outscored River Road, Dalhart and Canadian by a combined 219-11.

“We try to make it difficult on opponents to pitch,” said Carr, who hits .672 with four home runs, and 26 RBIs. “Everyone in our lineup is capable of hitting no matter where the pitch is. Our goal is always to drive it and do what we do.”

“The lineup has a little bit of everything,” Tankersley said. “We have hitters who can bunt, make contact, and get on base. Then we have power hitters. Each hitter knows their role, and executes it really well.”

The run support is also very relieving for the pitching duo of Brylee and Jillian in the circle.

“It’s very relaxing,” Brylee said. “Especially having Avery (Sena) behind the plate to encourage me. I don’t feel nervous because I know I have a good defense and plenty offense to help me.”

Game 2 against Idalou (24-2) is set for noon, Saturday at the Caprock Softball Complex. Game 3, if necessary will follow 30 minutes following Game 2.