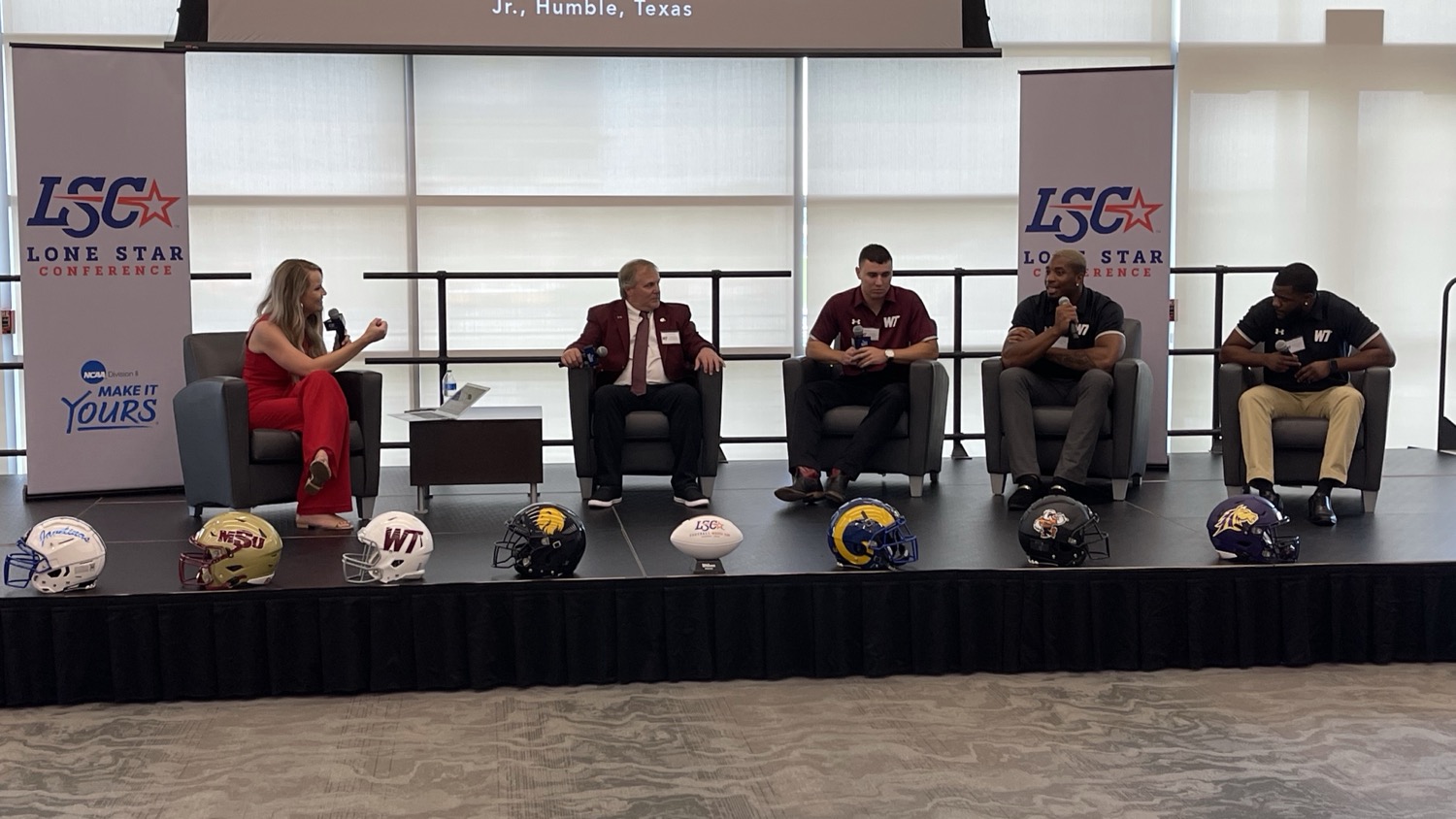 The Lone Star Conference held its media day Monday at McKinney ISD Stadium in preps for a full football season for the first time since 2019.

West Texas A&M did play a Division II leading six games last fall, while Angelo State added four contests, however, the league in general decided to move their schedule to the spring of 2021.

The 2017 DII national champions Texas A&M-Commerce Lions were pegged as the top choice to win the LSC preseason football title.

The Lions earned 15 first-place votes of the 23 ballots for 175 total points.

Here’s a look at how the voting for the 2021 LSC preseason poll broke down: 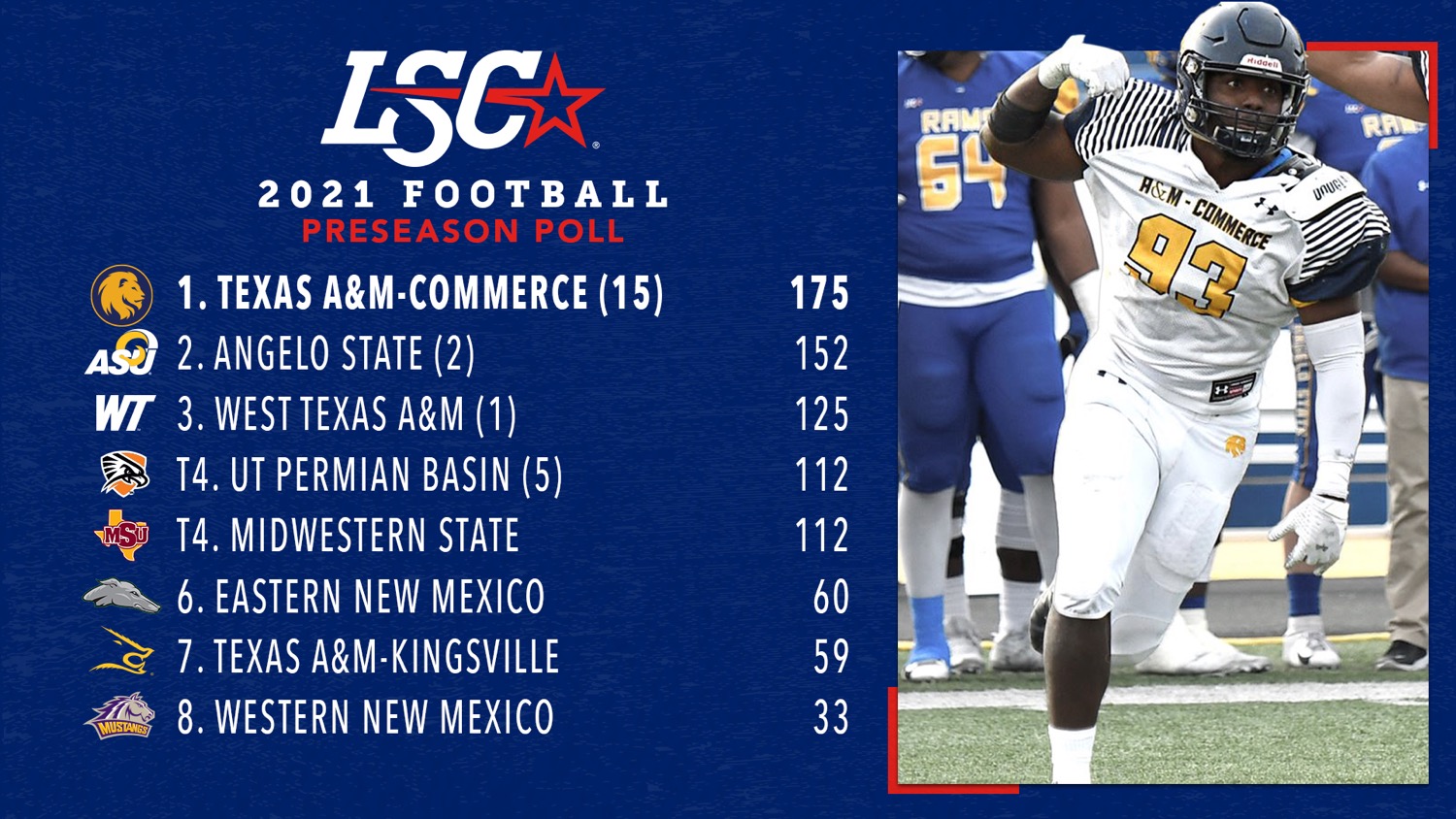 The Buffs went 3-3 in the midst of the coronavirus pandemic last season, and will return a veteran roster with 20 starters coming back for fifth-year head coach Hunter Hughes. Hughes says being preseason ranked No. 3 in the LSC is a sign of respect though nor he or his team take much stock of a ranking in July.

“I think it shows the growth we’ve had since we’ve been here,” said Hughes, who is 20-19 entering his fifth season. “Our first year we were picked seventh so It’s a tribute to the players. I don’t how you place teams coming off a COVID-19 year, but I feel being third shows what we’ve done.”

“I’m very optimistic when it comes to this year,” said Gerber, who has racked up a career 3,110 yards passing with 25 touchdowns. We have a big, physical offensive line. All of the running backs return, and our receivers are much better. I think you’ll see a lot of balance from us.”

Though they didn’t play last season, Lions quarterback Miklo Smalls and defensive back Dominique Ramsey were named LSC preseason Offensive and Defensive Player of the Year.

It should also be noted that the dean of the LSC, Bill Maskill returns for his 20th season leading the Mustangs football program. In two decades Maskill boasts a 143-57 mark.

WT opens fall camp on Aug. 9, with the season opener set for Texas College on Thursday, Sept 2, at Buffaloes Stadium. 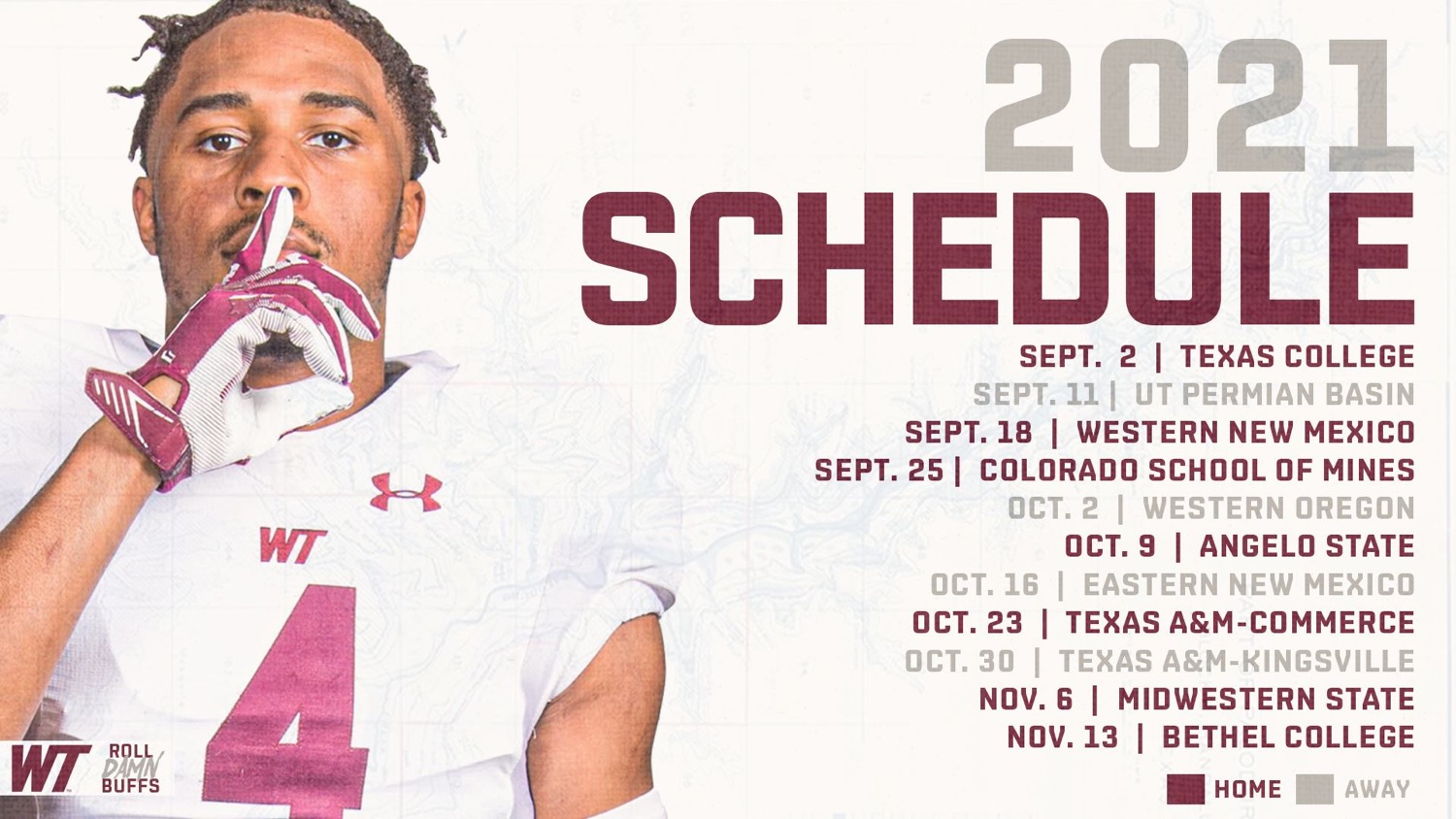