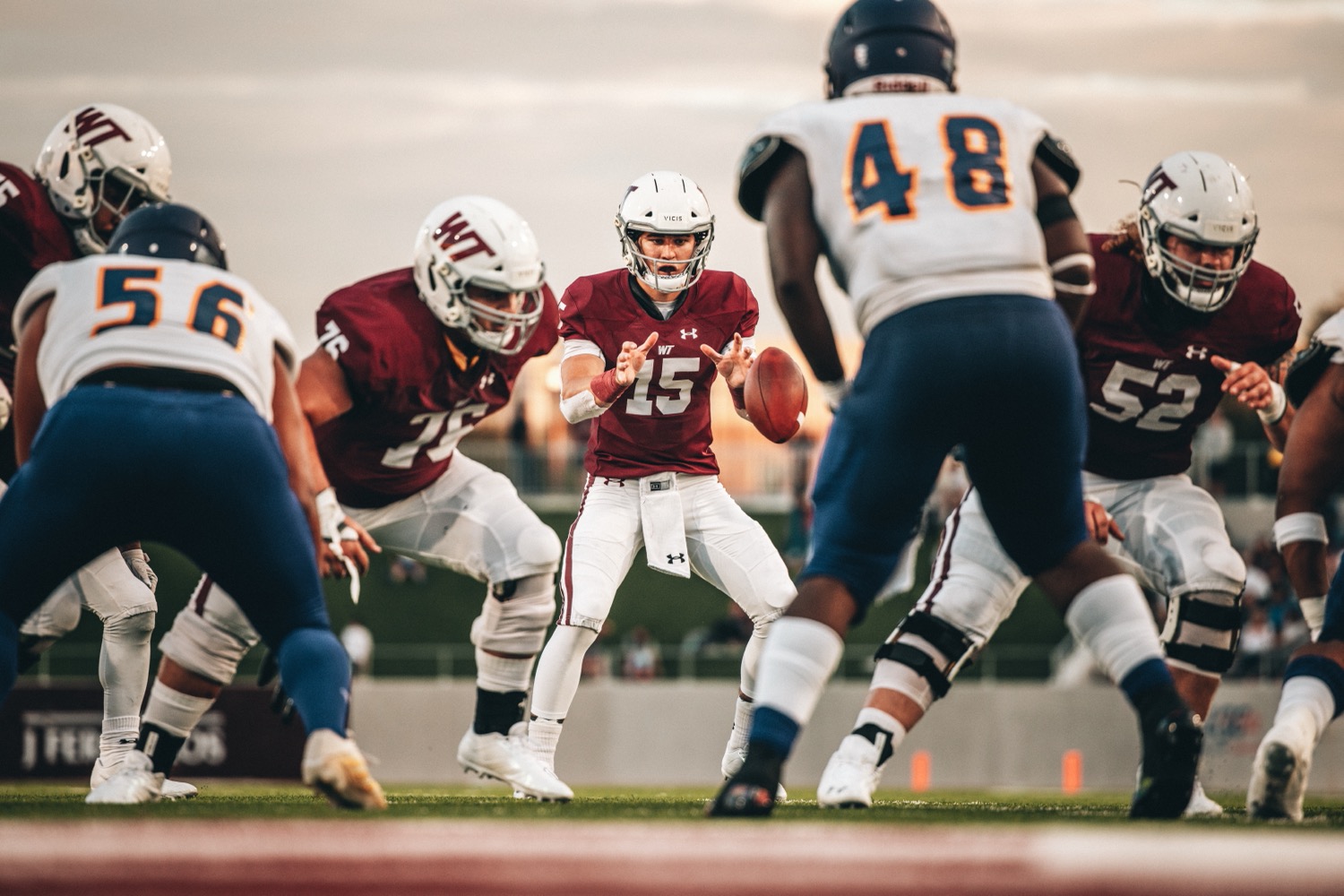 It may be early in September, but Lone Star Conference play is here for West Texas A&M, as the Buffs head to Odessa for a showdown with UT Permian Basin for a 6 p.m. kickoff Saturday at historic Ratliff Stadium.

This will be the first game played within the conference for WT since 2019. The Buffs did play six games last fall, more than any school in Division II, however, the LSC did not sanction a fall schedule last year due to the ongoing coronavirus pandemic.

This will be the first meeting between WT and UTPB since 2019, when the Buffs edged the Falcons in Odessa, 14-10, on the way to an 8-3 record. This is also one of the showcase game in the league this week with the Buffs ranked No. 3 in the preseason in the LSC, and the Falcons at No. 4.

“There’s a buzz now when you talk about West Texas A&M and UTPB,” WT head coach Hunter Hughes said.” I hope that we can bring a good crowd down, and they have big home crowd.” 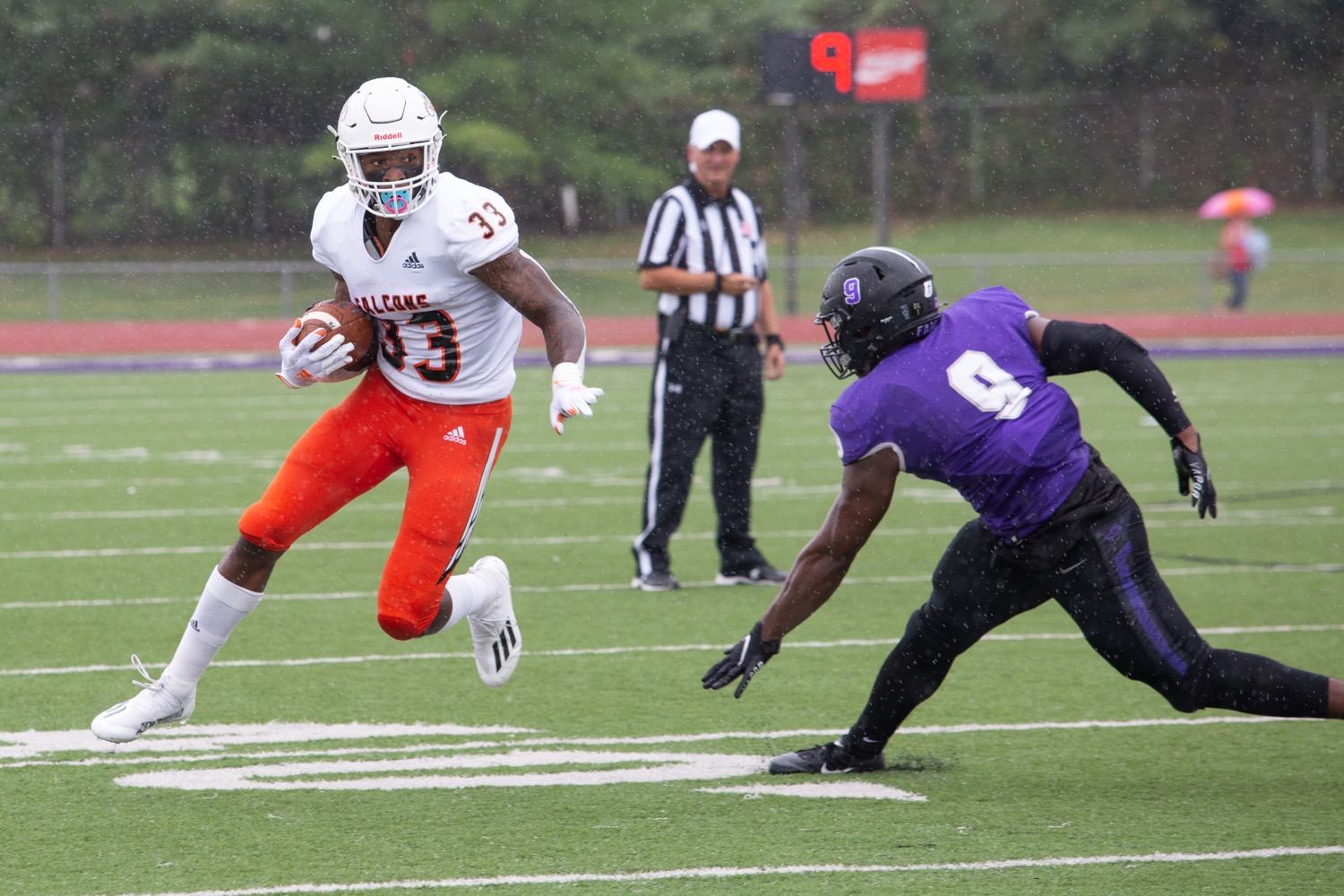 Entering year five of the program, UTPB head coach Justin Carrigan has the Falcons headed in the right direction. UTPB has won seven straight games including a perfect 5-0 spring record, and a 24-16 season-opening victory at Southwest Baptist last Saturday.

“There’s no doubt and energy is different around here,” said Carrigan, who is 16-34 entering his fifth season as the Falcons head coach. “The locker room is energy is different, and we feel like we’re making a turn. I think for us we have to win this game to say we’re getting there. We need to a win to get that respect.”

“I think the biggest thing for UTPB is the consistency in the coaching staff,” said Hughes, who is 21-19 in his fifth season at WT. “Coach (Justin) Carrigan’s core group of coaches have been there for a bit. Their recruiting has also gotten better. We recruit against them all the time and it’s a battle.

“They had a lot of success last spring. I think we’re going down there to find a very confident team that believes in who they are and believes in each other.”

The Buffs (1-0) are coming off a 73-0 blowout where they outclassed Texas College last Thursday. WT racked up over 300 yards rushing in the win.

“WT is extremely talented,” Carrigan said. “They are sound defensively, and make you earn every yard. Offensively with Nick he can make it all go. It will be a tremendous challenge. It will be a great measuring stick for us to see where we’re at.”

The Falcons (1-0) are led by defensive back Daondre Robinson, a player Carrigan says is a leader who has changed the locker room beneficially. UTPB has a solid defensive front, and on offense receiver Kobe Robinson is one of the top athletes in the league.

During the win against Southwest Baptist, Robinson finished with a game-high 123 receiving yards on seven catches.

“I think UTPB is really good on the edges with their receivers,” Hughes said. “Kobe Robinson is very fast. They have a transfer running back from the University of Arizona named Nathan Tilford. Hes a b’igger guy that is physical, and runs the ball hard. Their quarterback (Clayton Roberts) doesn’t make a lot of mistakes and is good at directing the offense.”

To watch a live stream of Saturday’s contest visit,