Buffs have high hopes for 2021 season 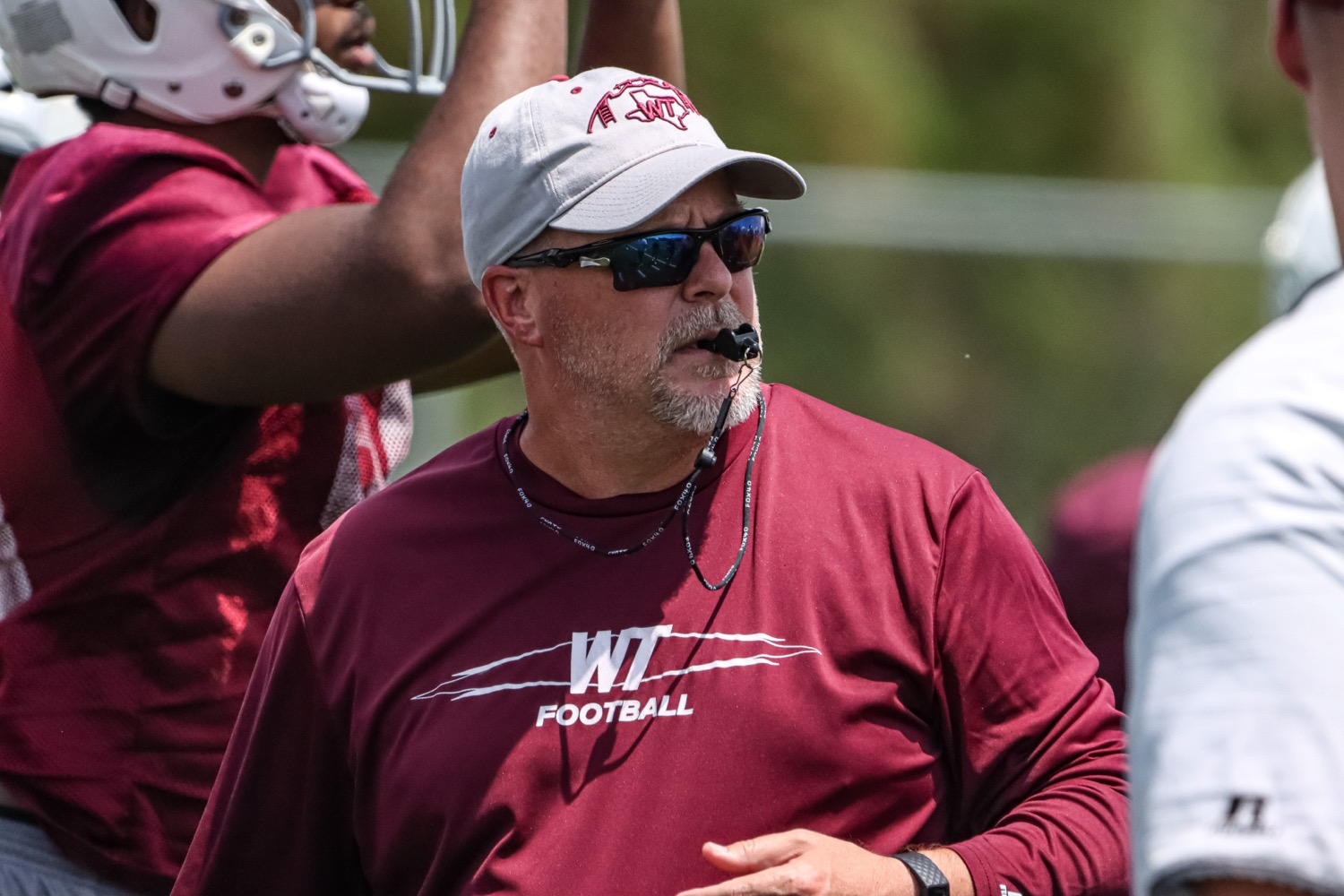 WT is coming off a 3-3 COVID-19 shortened season in 2020, however, the Buffs can take pride in playing more games than any other Division II schools last year. Besides Angelo State, WT was also the only other Lone Star Conference team to compete during the pandemic.

The Buffs had a total of 134 players report to fall camp. Not only does Hughes bring back plenty of veteran starters, but he also brought in a plethora of new talent.

“Close to 50 percent of our team is new,” said Hughes, who is 20-19 overall through his first four years at WT. “We also made some coaching changes the past month, so we’re cramming a lot in here to start off camp. But I like the attitude we have early on and the effort has been where I like to see it.” 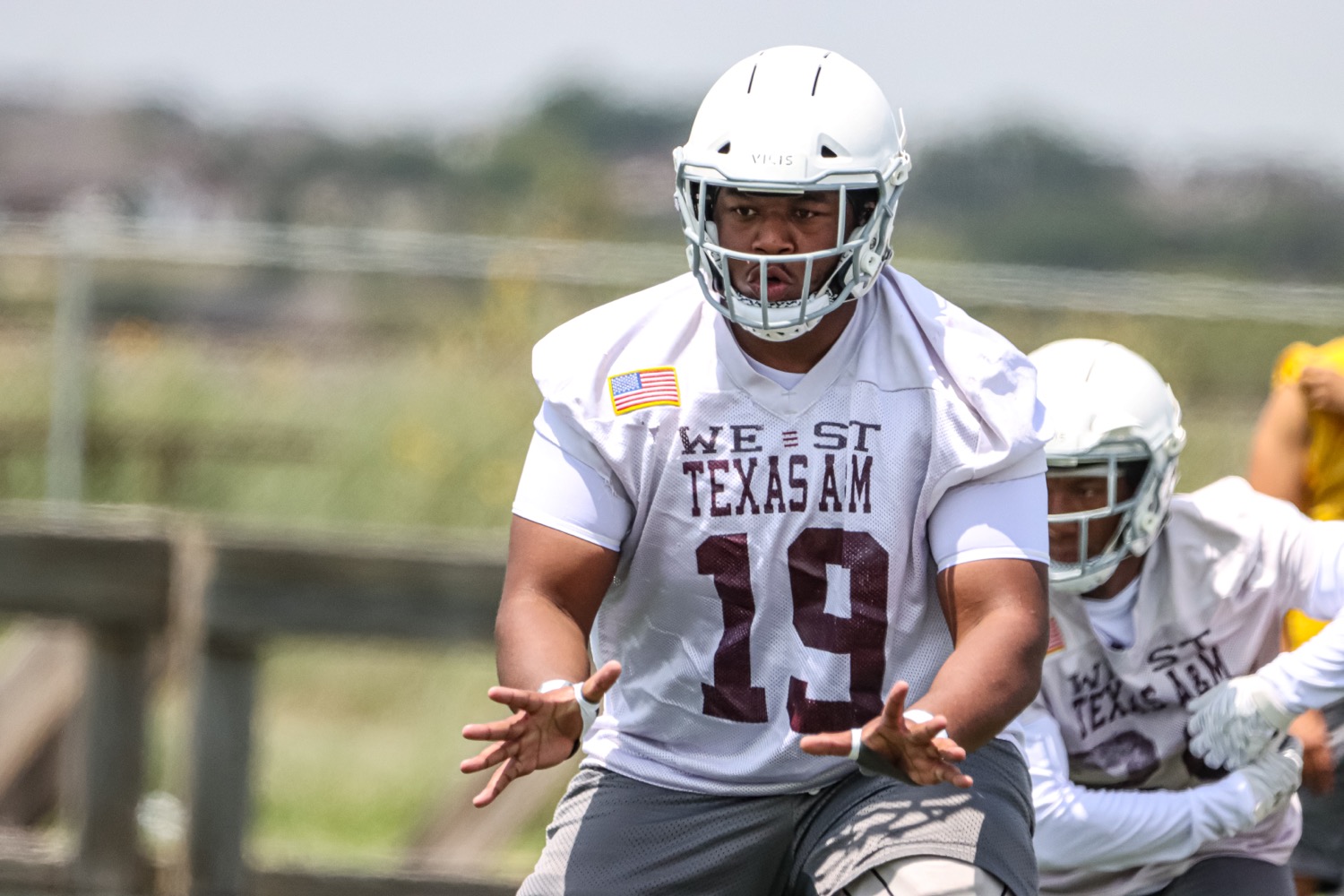 As for big time transfers, wide receiver and Azusa Pacific transfer Noah Begardus made a big splash in the Buffs spring game. Hughes has even brought in a recognizable name to Canyon, Tascosa graduate and former Kansas Jayhawks offensive lineman Jacobi Lott.

The 6-foot-4, 320-pound Lott played the past three seasons with the Jayhawks, making seven starts last season before entering the NCAA transfer portal in April.

“Jacobi is over 300 plus pounds and doesn’t even look like it,” Hughes said. “I think he’s adapted well. He’s embraced coming here, and our team has embraced him. I think he knew this is where he wanted to be. I sure want him here.”

As for returners, the Buffs return a combined 20 starters on both sides of the ball.

Tight end Jordan Johnson is a valuable weapon. Khalil Harris, Brandon Blair, and Jarrod Compton make up a stacked backfield, and Tyrie Tipton along with Kenneath Redd are back at receiver.

“This is definitely one of the closest teams I’ve ever been on,” said Gerber, a junior who threw for 1,094 yards with nine touchdowns in six games a year ago. “I think it shows what coach Hughes has built in his time here. Overall we just have a lot of good team chemistry. We have a lot of depth, and I’m excited to see what we do.” 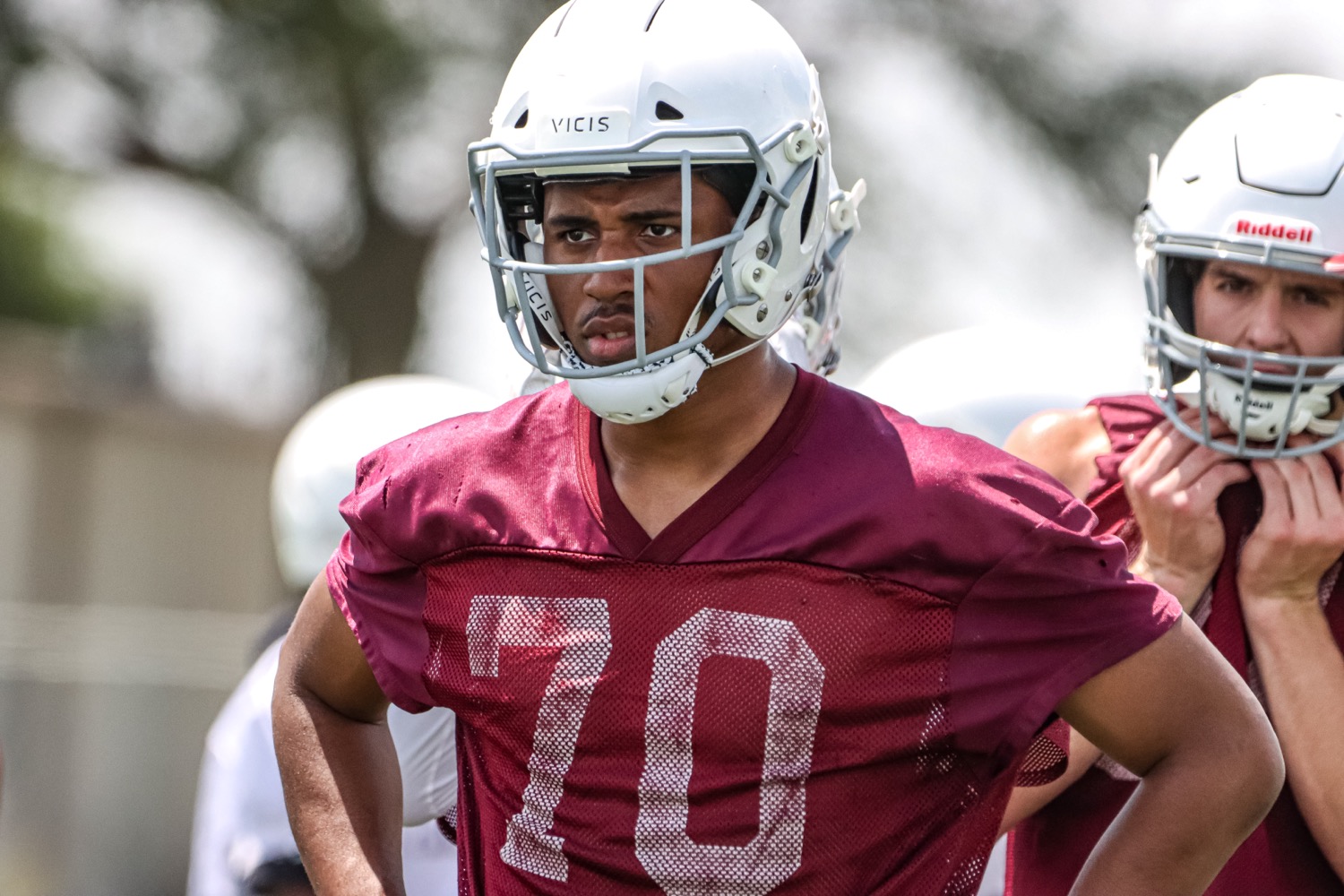 Joining Collins at linebacker is hard-hitting Christopher Thomas, and Tobias Harris is part of a veteran secondary.

“There’s more talent on this team than we’ve had in a while,” Collins said. “We have some room to improve on defense, but I as of right now I’m happy with everything. I’m looking forward to seeing what we can do.”

WT was picked third in the preseason LSC poll, and will open the season at home against Texas College on Thursday, Sept. 2, at 7 p.m.

The Buffs continue afternoon practices at 2 p.m. the rest of the week.