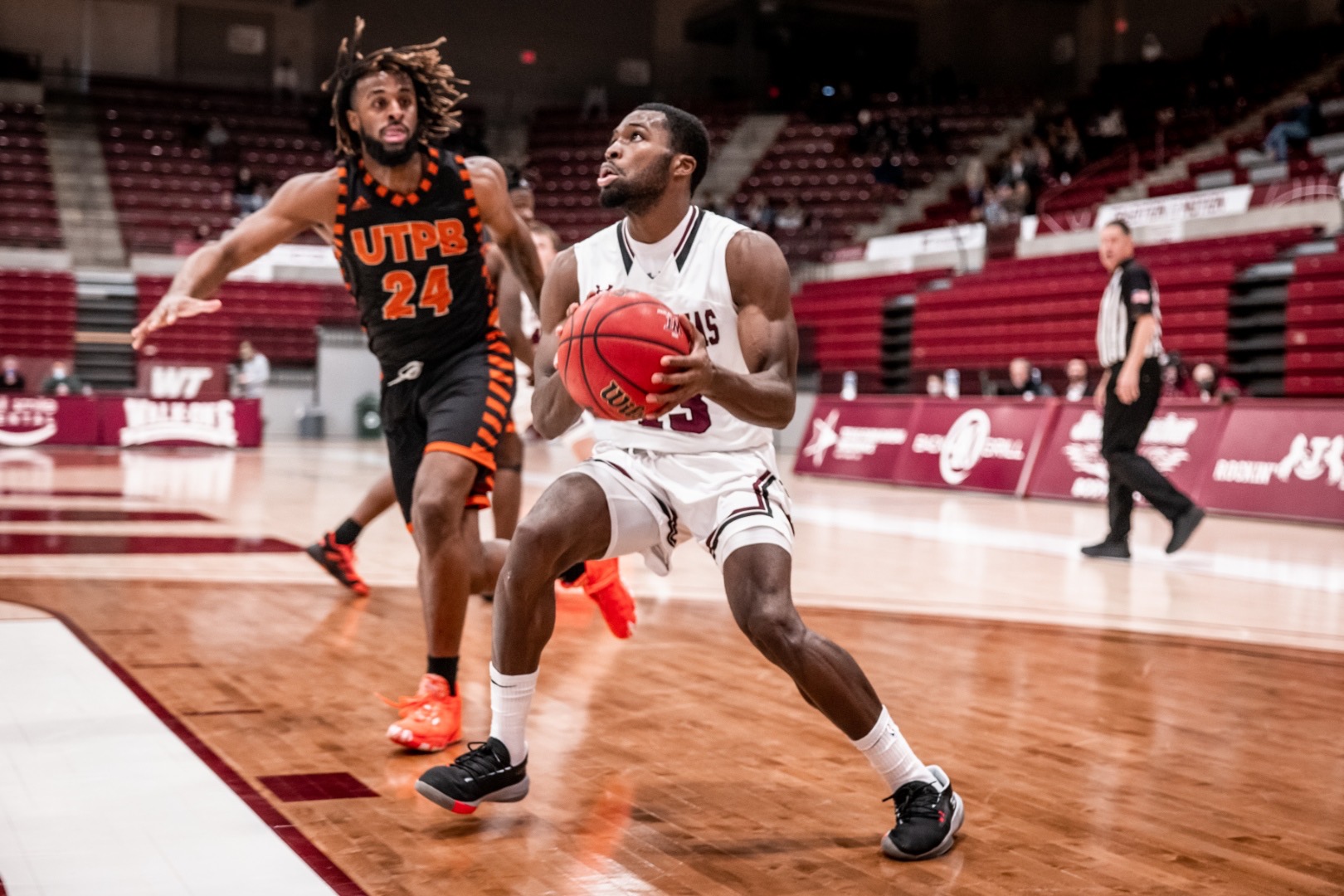 West Texas A&M is back to its winning ways at home.

A week after seeing its 45-game home winning streak come to an end No. 7-ranked WT started a new streak running past University of Texas Permian Basin 88-77 in Lone Star Conference before 500 fans at the First United Bank Center.

“It’s just broken record talking about JoJo (and Qua Grant),” Gove said. “They are talented. They are winners. Every accolade JoJo receives he has earned. The time he puts into the gym and his passion for basketball. You see him getting better and better after every game.”

Joining Murray in double figure was guard Zach Toussaint with a career-high 17, Grant with 16 and Jon’ll Fugett scored 10.

Stat of the game

West Texas fired up 42 3-pointers out of the 69 field goal attempts taken Saturday. The Buffs saw seven players combine for the 14 3-pointers.

Of course, JoJo Murray. Anytime you pass an NBA legend and Hall of Famer like Cheeks that’s quite an accomplishment.

“We are happy we won,” Gove said. “We played better but we have a lot we have to clean up. Look anytime you get two wins over a weekend in this conference you are happy.”

Brown missed the game because of a positive COVID test. He said Saturday he hopes to return for the next Buffs game Friday vs. Texas A&M-Kingsville in Canyon. … WT took a 34-31 lead with 5:53 to play in the first have on a Murray 3-pointer and never trailed again.