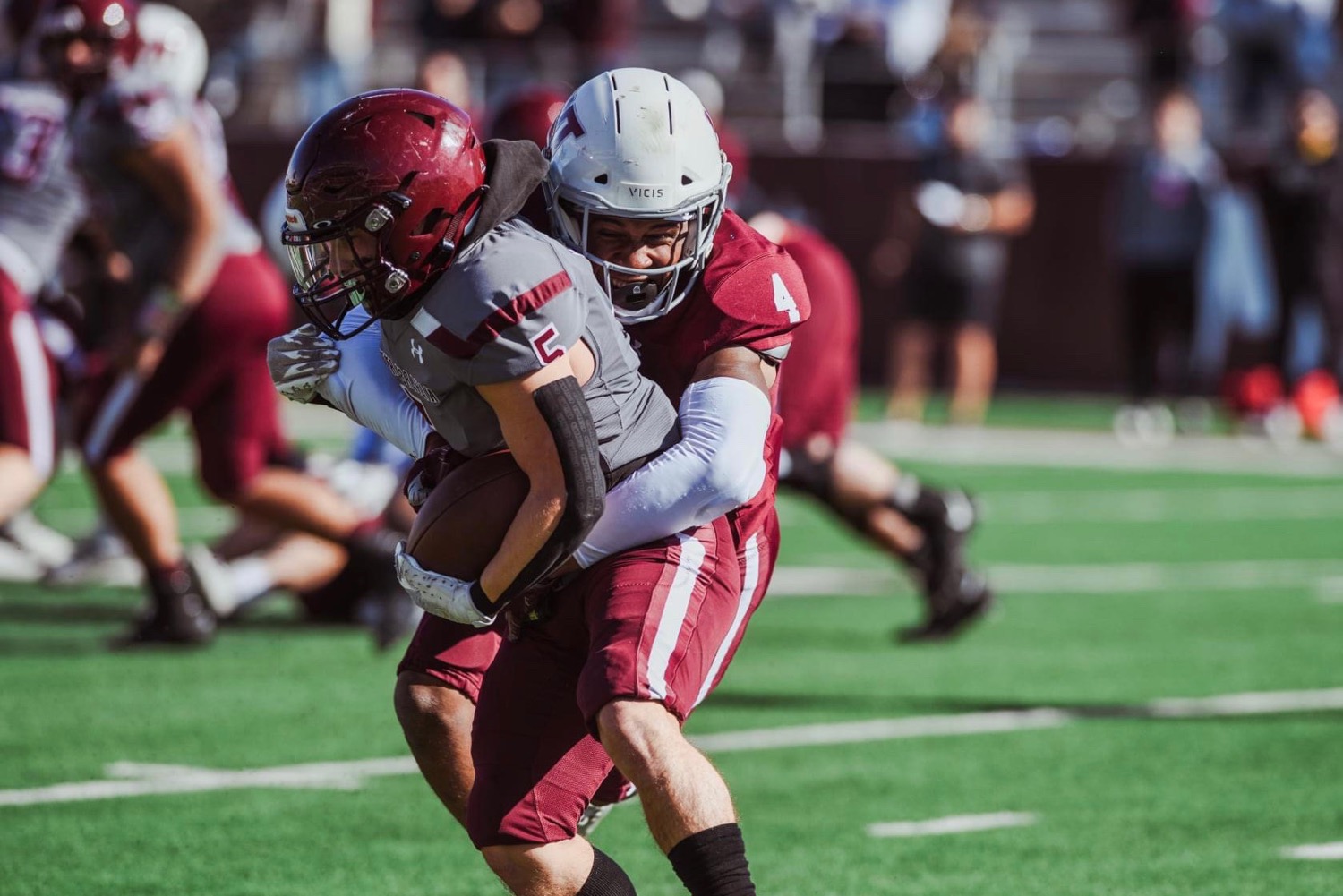 The West Texas A&M Buffaloes sent their 11 seniors out in style blowing out Bethel College, 52-9, on Saturday at Buffalo Stadium.

Linebacker Eric Collins made three tackles in his 49th and final game in a WT uniform. Collins finished third all-time in program history with 311 career tackles.

The Lady Buffs closed out the regular season with a pair of sweeps on Friday and Saturday finishing off an unbeaten season at The Box for the second straight year.

WT swept both Texas Woman’s and DBU to clinch the fourth seed in the Lone Star Conference Championship Tournament this weekend in San Angelo.

The Lady Buffs (20-4 overall) will play the Texas A&M-Commerce-Oklahoma Christian winner in the a quarterfinal round contest at 5 p.m. Thursday.

The Lady Buffs wrapped up their season in the Lone Star Conference semifinals on Friday afternoon as they fell to the top-seeded DBU Patriots, 3-1.

Hannah Kelley-Lusk picked up three different specialty awards during last week’s postseason banquet as the senior from Farmington, N.M., was named the LSC Player of the Year, the LSC Forward of the Year as well as the league’s Academic Player of the Year.

For the first time in eight years, both men’s and women’s cross country programs will represent West Texas A&M at the 2021 NCAA Division II National Championships this weekend in Saint Leo, Fla.

WT was one of 10 schools to receive at-large bids for the championship races and was the only member of the Lone Star Conference to have both programs selected.

The No. 3-ranked West Texas A&M Buffaloes remained unbeaten this past weekend as they picked up a pair of wins against Western Colo., 83-64 on Friday, and 86-71 on Sunday.

Zach Toussaint led the way on Friday night with 18 points as he went 7-of-10 from the field and 3-of-5 from behind the arc. Larry Wise paced the WT offense on Sunday afternoon with a season-high 26 points. The Buffs head down I-27 on Thursday night for a non-conference showdown with No. 9 Lubbock Christian in a rematch of last year’s regional title game.

WT forced 16 second half turnovers on Friday afternoon to top South Dakota Mines (70-53), but offensive struggles on Saturday handed the Lady Buffs a 46-43 loss to Colorado Mesa as the Lady Buffs fall to 2-3 overall. WT returns to action this weekend as they head to Nampa, Idaho to take part in the Northwest Nazarene Classic.

The West Plains volleyball team opened their inaugural season with a pair of wins on Tuesday night.