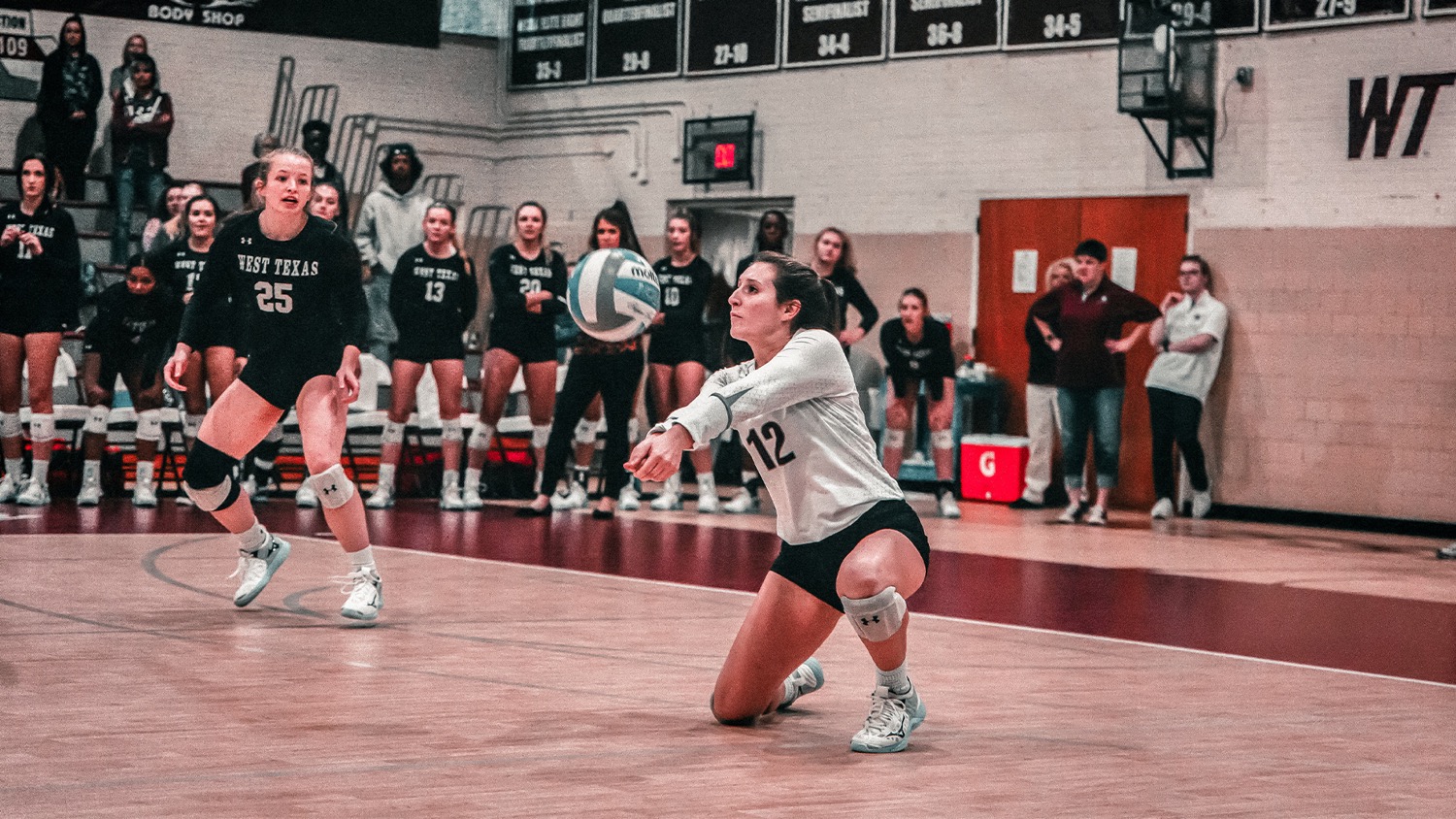 The Lady Buffs ran their win streak to eight matches remaining unbeaten at The Box this past week with sweeps over Oklahoma Christian and Arkansas-Fort Smith.

Outside hitter Torrey Miller led the way with 25 combined kills in the pair of wins while Chandler Vogel ran her career digs total to 2,396, moving the Hereford graduate just 27 digs shy of WT’s all-time career record.

The Lady Buffs (14-2, 8-1) travel to Midwestern State and Cameron on Friday and Saturday.

West Texas A&M put the first eight male runners across the finish line on their way to winning the Blue & Gold Classic with a perfect score on Wednesday afternoon in San Angelo. Innocent Murwanashyaka won for the second time in his career after covering the 8-kilomter course in 24;35.9. Randall graduate Daphne Pate was the only Lady Buff to compete as she recorded the third Top 10 finish of her career, finishing third in a time of 23:18.5. The Buffs and Lady Buffs now prepare for the LSC Championships in Lawton on October 23.

The Buffs got back to their winning ways this past week with victories over UT Tyler and Texas A&M International to move to 9-2 overall and 2-1 in the Lone Star Conference. Denis Herrera scored in each of the two conference victories. WT hosts the St. Mary’s Rattlers on Wednesday night before travelling to DBU on Saturday.

The Lady Buffs saw a three-game win streak come to an end falling at Angelo State on Wednesday night, followed by a 5-4 overtime defeat at the hands of Texas Woman’s on Saturday in Canyon.

Reigning National Player of the Week Hannah Kelley-Lusk scored a pair of goals in the loss to TWU. The Lady Buffs (8-4, 4-3) host St. Edward’s at The Pitch on Wednesday before heading to Midwestern State on Saturday afternoon.

Eemeli Jarvinen fired a three-under 68 during Tuesday’s final round of the Midwestern State Invitational at Wichita Falls Country Club to finish tied for fifth on the individual leaderboard as the Buffs finished tied for 8th in the event. WT heads to Okla., to take part in The Tulsa Cup on October 25-26 in their final tournament of the fall.

The Lady Buffs are Sunshine State bound Monday to take part in the Palm Beach Intercollegiate at The Falls Club in Lake Worth, Fla. WT is ranked 12th by the WGCA as they will send a lineup of: Alyssa Cambell, Gam Songprasert,, Alexis Escobedo, Rylie Cook and Antonella Periotti Omisolo.