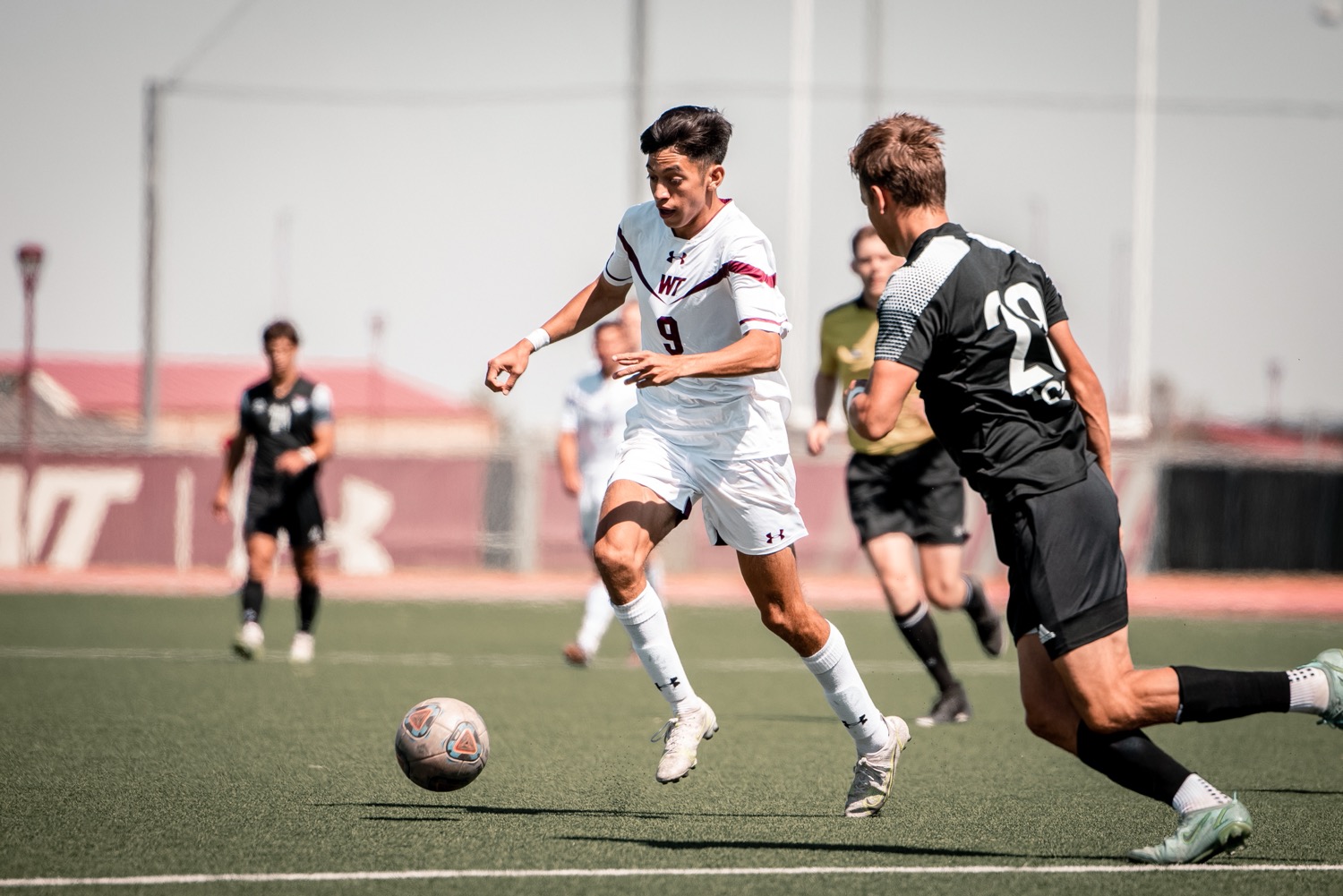 The West Texas A&M volleyball team remained unbeaten at the WTAMU Fieldhouse as they picked up Lone Star Conference wins over UT Permian Basin and Western New Mexico on Friday and Saturday.

The No. 5-ranked Buffaloes kept their record unblemished this past week going on the road for a 4-3 win against Midwestern State on Wednesday.

WT followed that effort with a 3-2 victory in at home over Lubbock Christian on Saturday.

The Buffs improve to 6-0 on the season for their best start since 1995.

Giancarlo Saldana scored three goals in the pair of wins to run his second total to nine, tied for the most in NCAA Division II soccer. The Buffs continue their homestand against Oklahoma Christian at 7 p.m. on Wednesday night.

The Lady Buffs went on the road and dominated UT Permian Basin on Wednesday night, claiming the 300th victory in program history with a 6-0 shutout.

However, hosting a Lone Star Conference showdown with No. 17 Dallas Baptist on Saturday, WT couldn’t hold an early lead watching DBU escape with a 5-4 victory.

Hannah Kelley-Lusk scored five goals in the two matches including a hat trick on Saturday to become just the fourth Lady Buff in history to register multiple hat tricks in a career.

The No. 17-ranked Lady Buffs picked up a fifth place finish at the loaded DBU Women’s Classic at Robson Ranch Golf Club in Denton.

The event featured 10 nationally-ranked teams including the reigning Division II national champion and host Patriots. Gam Songprasert had a two-day total of 219 (70-72-77) to record finish 11th.

WT returns to the course on October 4-5 as they host the WT Fall Invitational at Tascosa Golf Club.

The West Texas A&M cross country teams hit the road on Saturday competing at the Live in Lou Cross Country Classic at E.P. Tom Sawyer State Park in Louisville, KY. WT will have its final regular season race on Oct. 12, in San Angelo as the ASU Blue & Gold Classic followed by the Lone Star Conference Cross Country Championships in Lawton, Okla., on Oct. 23.