Buff briefs: A look at the week in WT athletics 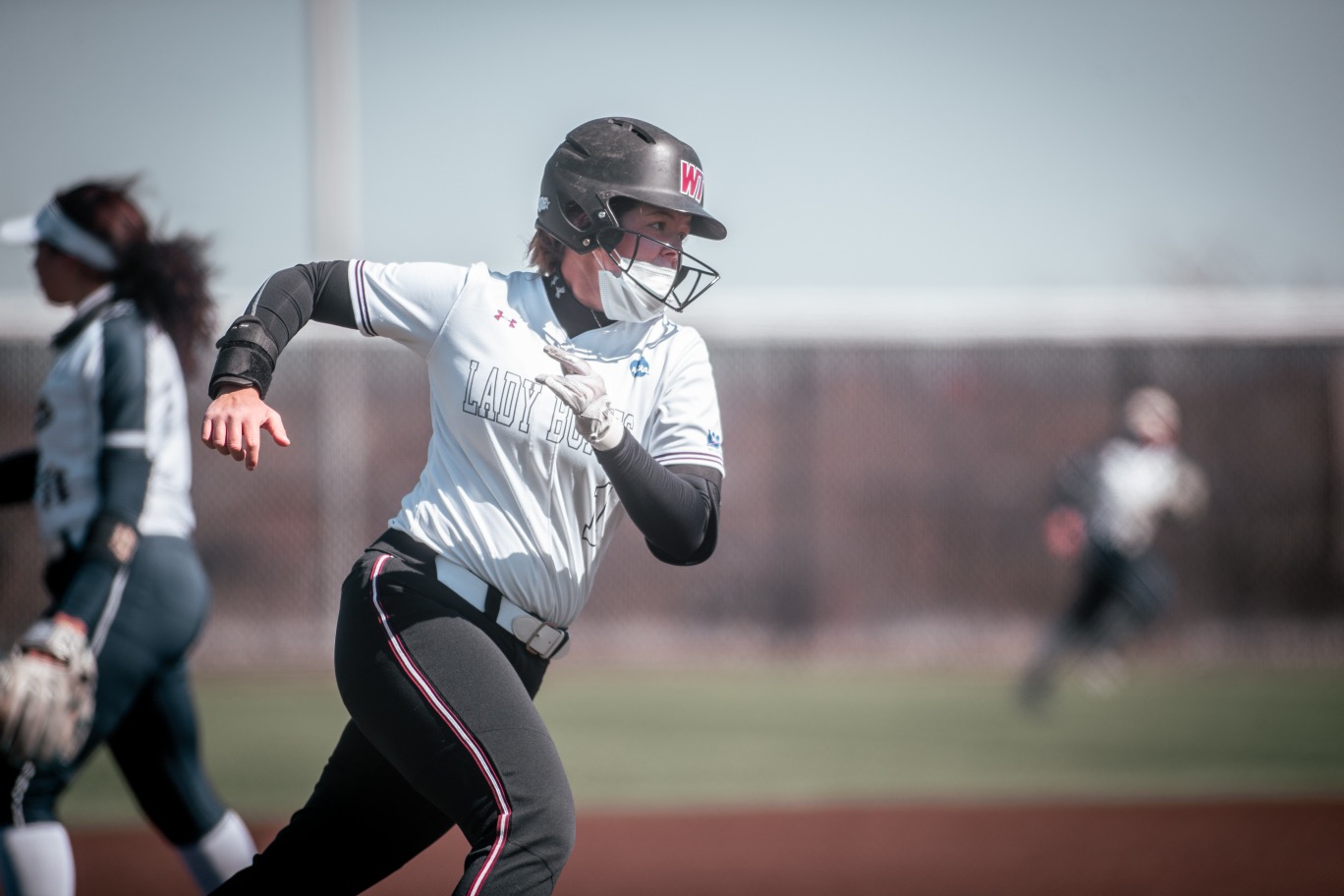 Editors note: This is a weekly recap for all West Texas A&M spring sports.

The West Texas A&M softball team completed its nonconference schedule without a blemish after a pair of against Central Oklahoma University on Sunday at Schaeffer Park in Canyon.

WT won Sunday’s first game in a 6-5 walk-off thriller against UCO, followed by a 7-3 victory.

The Lady Buffs are off to their best start since the 2018 season, at 12-0, as they get set to open the Lone Star Conference schedule at UT Tyler on Friday.

After allowing the Bronchos to tie the game up, 5-5, in the top of the of the seventh of the first game, senior standout catcher Shanna McBroom came through in the bottom of the eighth with a clutch bases loaded walk-off single that plated Malaya Delfin for the game-winning run. McBroom was 2-for-5 in the contest with a pair of RBIs.

In the night cap, sophomore slugger Ruby Salzman was 3-for-3 with two solo homers adding to her LSC-best seventh on the season. 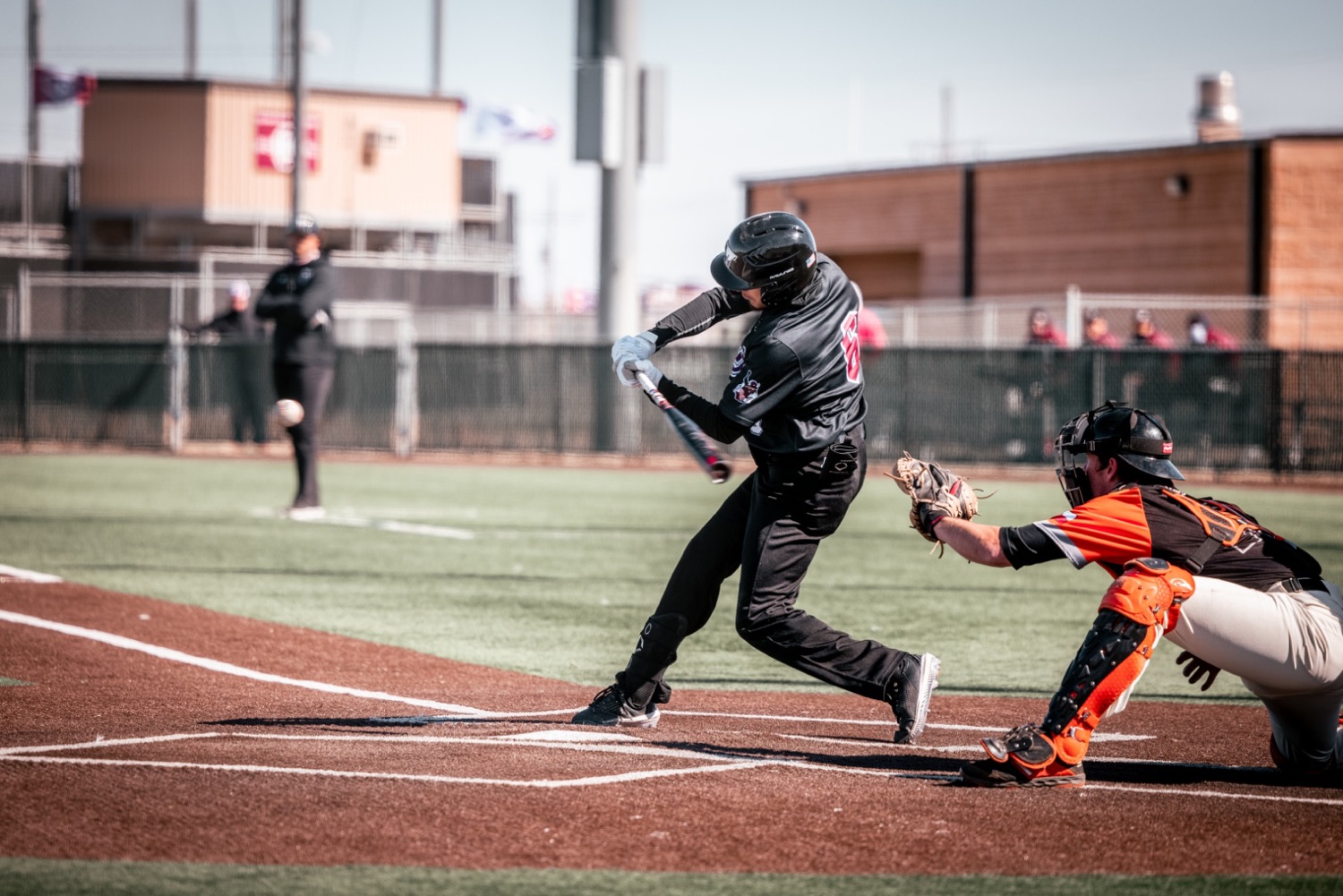 The West Texas A&M bats were alive in well during a three-game sweep of Lone Star Conference foe UT Permian Basin over the weekend at Wilder Park in Canyon.

The No. 11 Buffs completed the sweep with a 9-1 win on Sunday. WT feasted on Falcon pitching Friday, Saturday and Sunday combining for 36 runs in the wins.

Senior Reese Patterson highlighted Friday nights 14-8 victory, going 4-for-5 at the dish including a triple with three RBIs. In Saturday’s 13-6 rout of UTPB, Kennedy Badgett and Eric Ortiz ignited the Buffs with 3-run home runs, and on Sunday, Will Fuenning went 2-for-2 with a double and a pair of runs driven in.

WT improves to 10-2 overall and more importantly 7-1 in LSC play. The Buffs will now hit the road for the first time time this year when they open the first of a three-game set at UT Tyler on Friday. 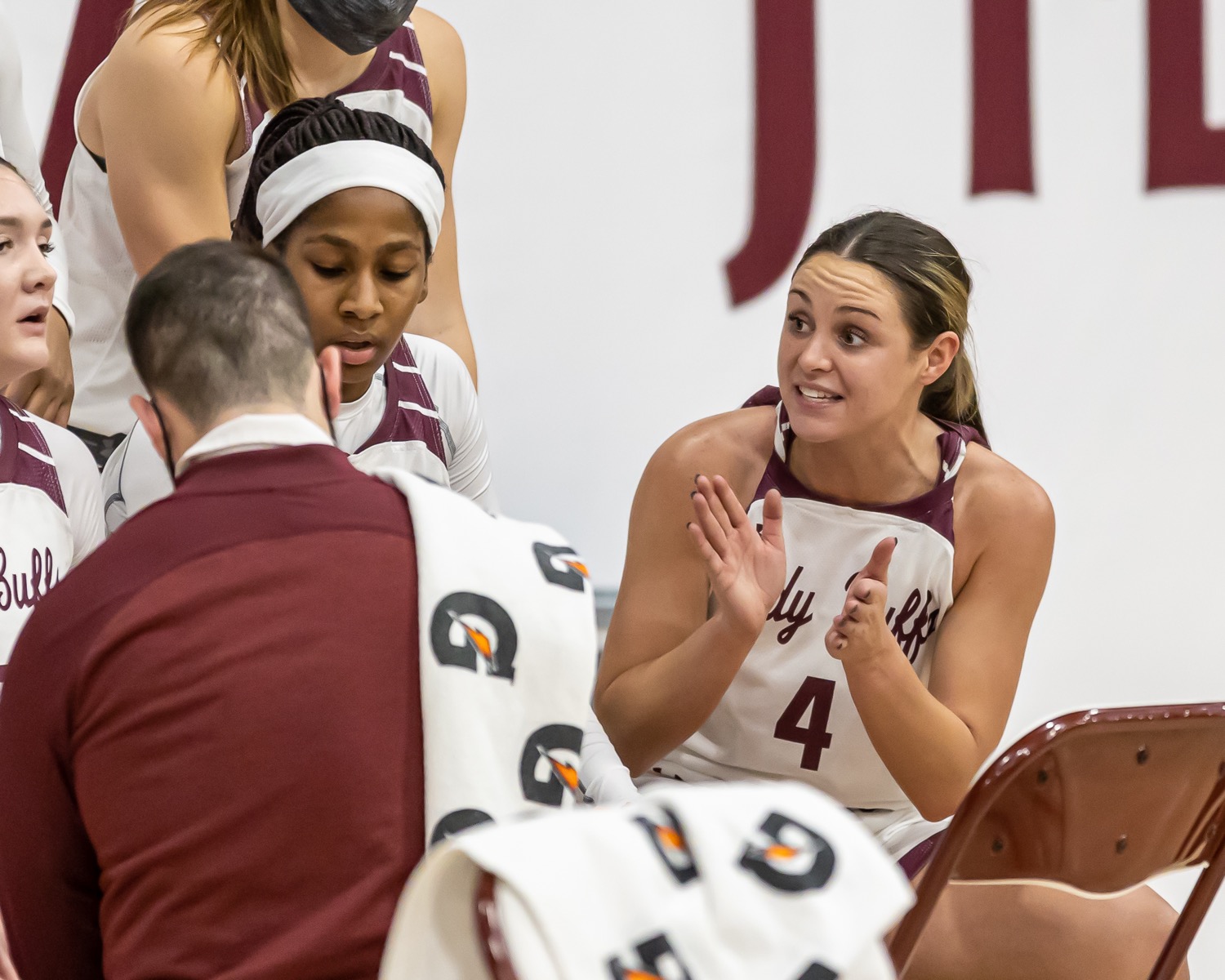 Lexy Hightower, right, and the West Texas A&M Lady Buffs will be the No. 3-seed in the Lone Star Conference Tournament. [Tom Carver/ Press Pass Sports]

The Lone Star Conference men and women’s basketball tournament has been set.

The No. 2-ranked West Texas A&M Buffs are the No. 2-seed after falling to regular season league champion Lubbock Christian, 103-85, on Saturday.

The Buffs (12-2 overall) will open the LSC Tournament hosting a quarterfinal matchup against No. 7-seed UT Permian Basin (8-11) at 7:30 p.m. Tuesday at the First United Bank Center.

The semifinal and LSC title games for both the men and women’s tournament will be played at the highest remaining seed on Friday and Saturday.

West Texas A&M opened an abbreviated season with a 1-0 conference victory against UT Tyler as senior Payne McKiver recorded the game-winning goal on Tuesday afternoon. The Buffs jumped out to an early lead as McKiver finished a pass from Giancarlo Saldana to give WT the go-ahead goal in the seventh minute. WT’s defense continued to hold until the very end as UTT saw seven shots in the second half but couldn’t finish around the net to secure the Buffs 1-0 victory.Alexander Vencel had one save in his 18th career shutout. The Buffs (1-0-0) host Texas A&M International at 1 p.m. Tuesday.

West Texas A&M fell victim to a golden goal for the second consecutive game in their 2-1 overtime loss to DBU on Wednesday afternoon in Dallas.

Ashley Merrill of DBU picked the eventual-game winner with her second of the game and fifth of the season in the 93rd on a header, this time at the far post on a free kick from Kaci Parks.

Hannah Kelley-Lusk was one of eight Lady Buffs to record a shot as the senior had a team-high four including three on-target. Goalie Reagan Heelan faced 15 shots and made five saves in her second collegiate start.

The Lady Buffs host UT Tyler at The Pitch at 2 p.m. Wednesday. 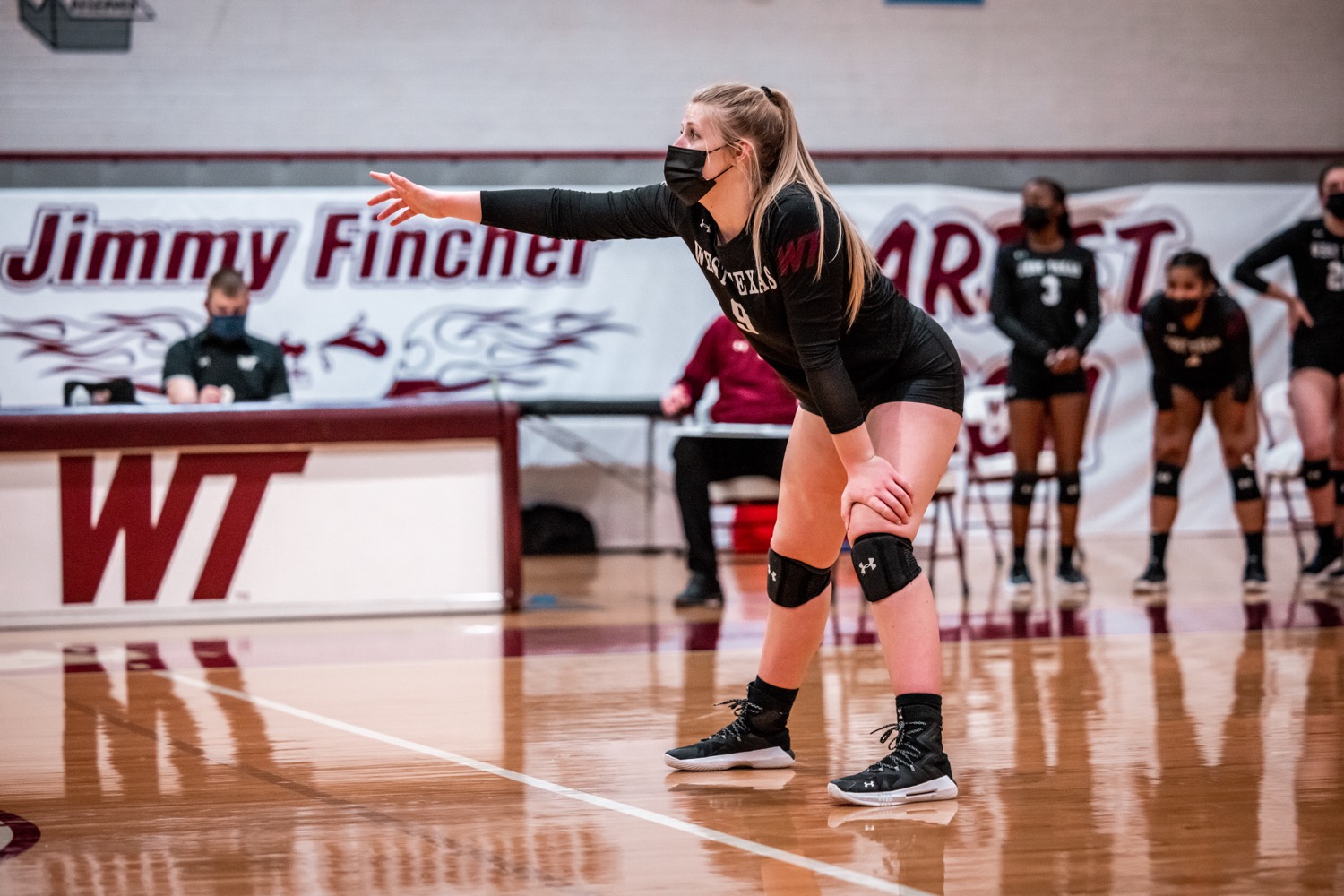 West Texas A&M’s Sadie Snay prepares for a play against Lubbock Christian University during a game earlier in the week at the WTAMU Fieldhouse. [Trevor Fleeman/ Press Pass Sports]

Make it four straight wins for the West Texas A&M Lady Buffs after a two-game sweep of Lubbock Christian University on Tuesday and Wednesday.

Sophomore Torrey Miller ignited the Lady Buffs with a pair of double-double performances, giving her 17 for her career.

During Tuesday’s win, Miller finished the match with 13 kills to go along with two blocks and 12 digs. On Wednesday, Miller was stellar again knocking down 12 more kills with 10 blocks.

Vogel was a force in the back row for the Lady Buffs during the sweeps of LCU. Vogel registered 52 digs in the six sets for an average of 8.67 per frame to go along with six assists and three service aces.

The Lady Buffs hit the road for LSC action agaiant UT Permian Basin at 7 p.m. on Tuesday and Wednesday at the Falcon Dome in Odessa.

The West Texas A&M Men’s Golf opened up their 2021 spring schedule at the Dominion Country Club in San Antonio on Monday and Tuesday.

Playing in their first tournament of the spring finished, the Buffs tied for ninth at the Rattler Invitational hosted by St. Mary’s University.

Mitchell Ford of Henderson State claimed the individual title with a 207.

The Buffs return to action on March 8-9 as they play in the LCU Chap Classic at The Rawls Course in Lubbock.