Back in the swing: Amarillo native Palmer more than ready for PGA return in Texas 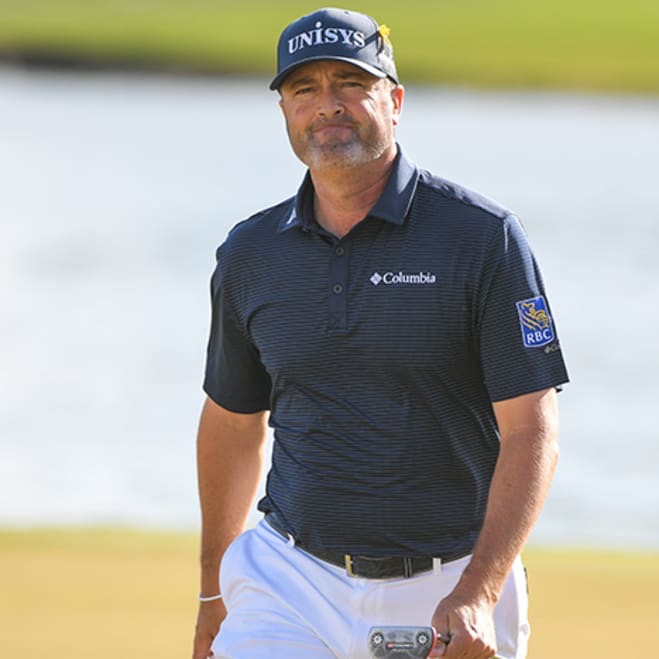 It couldn’t be a better place for Amarillo native Ryan Palmer to restart his PGA season after a three month hiatus due to the coronavirus pandemic.

This week’s Charles Schwab Challenge in Fort Worth — better known as The Colonial — is the PGA Tour’s first event since cancelling The Players Championship on March 13.

Palmer, 43, resides less than 30 minutes away away from Colonial Country Club.

The Amarillo High graduate has been a member of Colonial since 2010. His close friend and long-time caddie, James Edmondson, has been a Colonial member since 2005.

Palmer has been searching for his first individual PGA title since 2010, and it’s always been a dream to not only win a PGA event in his home state, but also on his home course.

“I’m excited,” Palmer said. “I’ve been putting the work in, and my game is ready. “I’m hitting the ball well, I’m focusing on my short game, and I’m ready to roll.”

Palmer has enjoyed his time off during the COVID-19 break. Golf courses never closed so he’s been able spend quality time with his family, while continuing to work on his golf game. Knowing the PGA season is a grind, Palmer used the stoppage to get stronger, work on his short game, but most importantly he relished being a stay-at-home husband and father.

“I’ve treated this time like an offseason,” said Palmer, who ranks 48th in the FedEx Cup standings with a top-5 finish so far in 2020. “I’ve trained, kept my game in shape, but It’s been good to be home with my wife and kids. I’ve got my son Mason playing more golf, and I could help while Jennifer taught home school.”

Being the longest PGA break of the modern era there’s no question that Thursday’s start will have a bit of a major championship feel.

Palmer has shown his love for The Colonial by finishing in the top-6 in his last eight starts on his home course including four top-10 finishes in 16 tries.

Being a member at Colonial Country Club and also a member of the Tour’s Player Advisory Council, Palmer was selected Tuesday to hit the first PGA Tour shot to welcome back golf at 6:50 a.m. Thursday morning.

“I thought what a cool moment and an honor for sure,” Palmer said. “It was a very, very nice gesture, and I was very honored to be asked to do it. I think it’s going to be great, and I’m so excited to be the first guy to hit that first shot in our return to golf.”