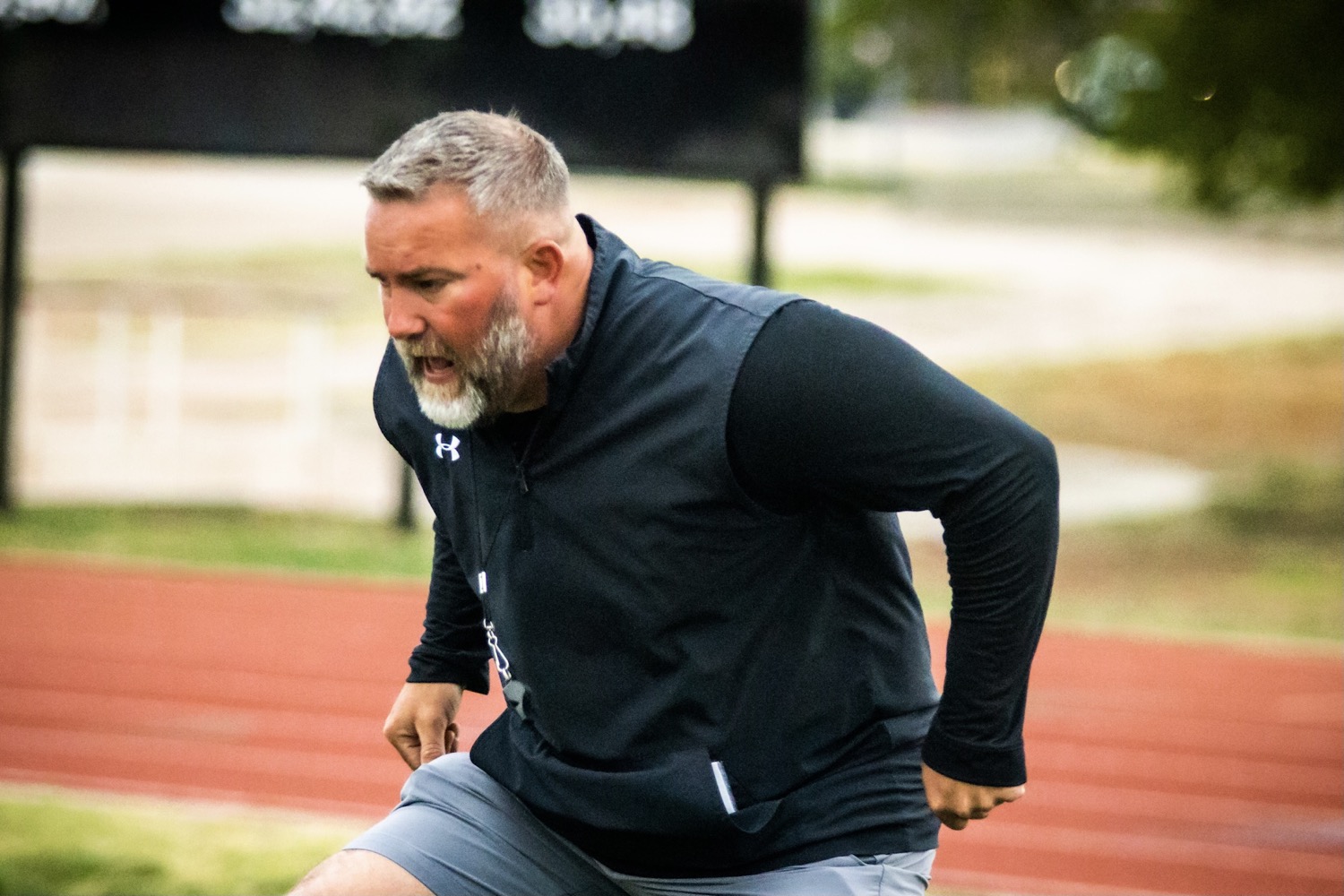 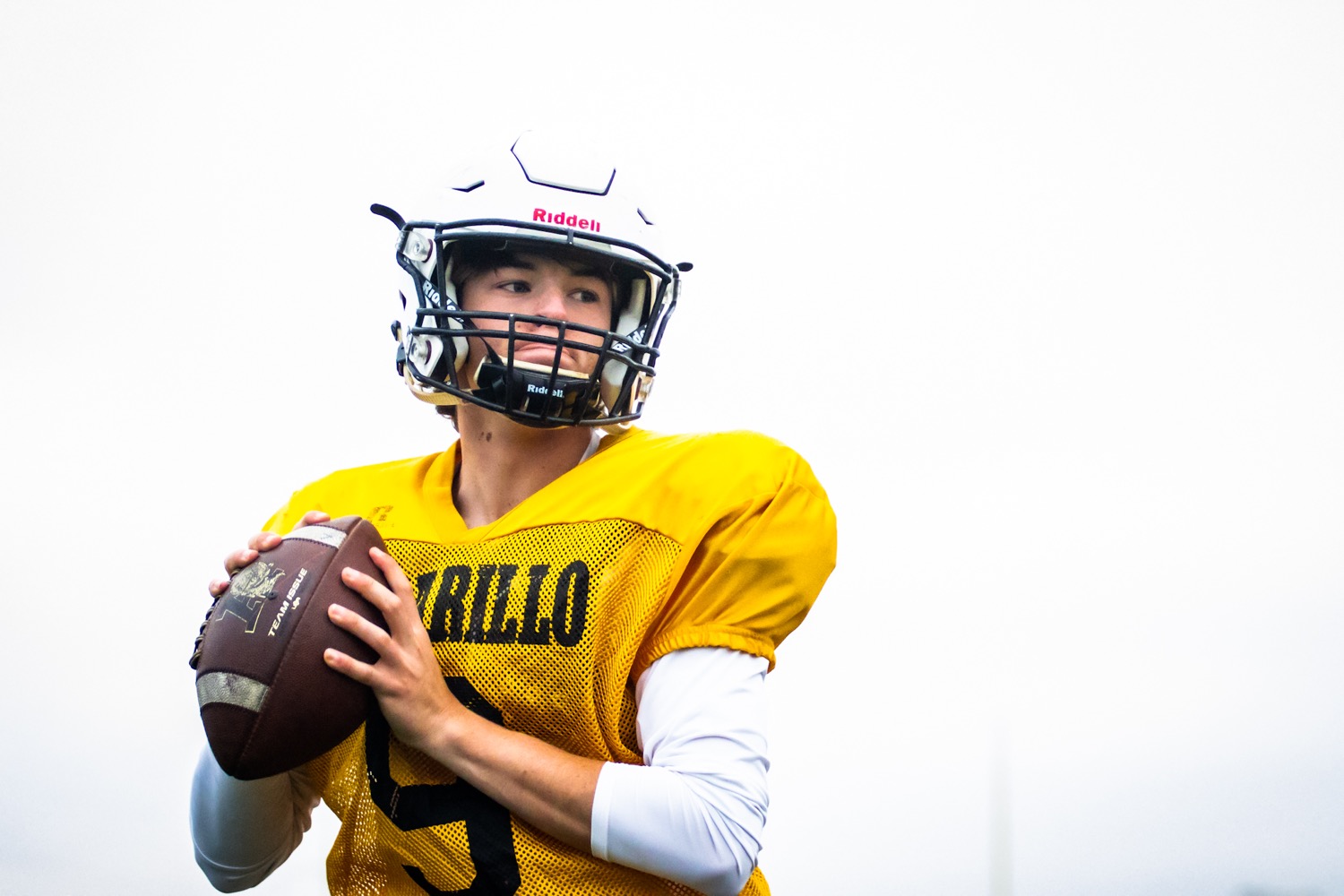 Amarillo High’s Brock Wade is expected to be the starting quarterback in the fall. [Ben Jenkins/ Press Pass Sports]

The 2020 season didn’t unfold as planned in many ways for Amarillo High. The Sandies and head coach Chad Dunnam were decimated by injuries at key positions, not to mention the effects COVID-19 played shuffling the roster to week to week. Despite the setbacks, AHS did win seven games advancing to the area round of the playoffs. AHS returns 13 starters that are getting a full spring of 18 practices unlike last May. No one is getting a bigger advantage of these workouts than senior-to-be QB Brock Wade. Wade was thrust into the starting quarterback role when Will Maynard went down in the season opener. Wade grew leaps and bounds throwing for 1,524 yards and has looked much more confident so far in the spring. Dunnam also hopes to get a good look at his secondary for the fall. AHS moved players in and out at safety and corner last season.

Head coach Chad Dunnam: “I value the spring. You have so many question so you can answer in your personnel. Every year seniors graduate, so this helps us make decisions on the fall and that certainly helps. What I also like is we don’t have to game-plan, so we get better in our fundamentals. It’s a fun time and it keeps athletes engaged all the way to last week of school.” 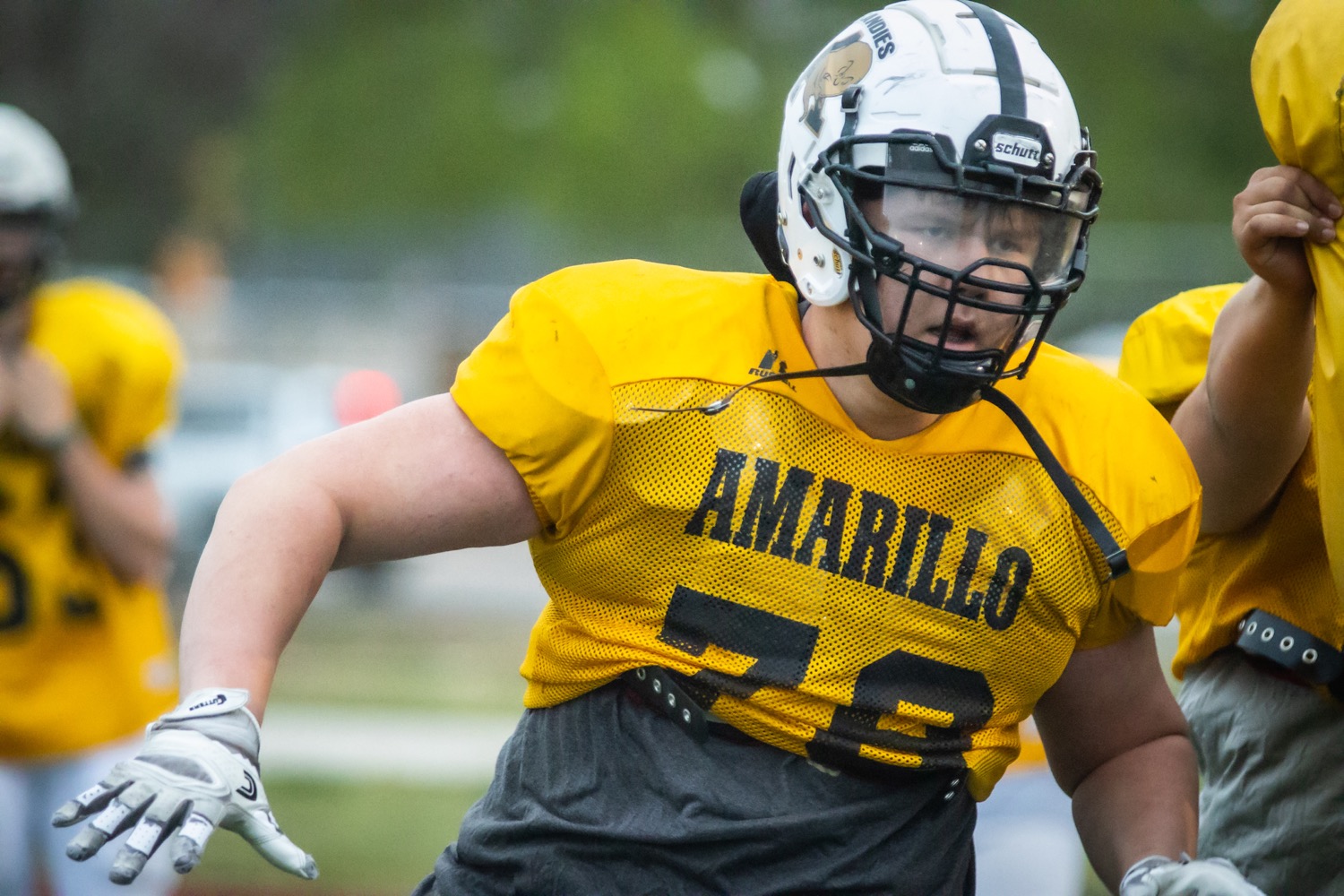 The four-year starter has made his presence known not only in the Texas Panhandle but on a national level. The three-star two-way lineman currently has 11 offers that include Arizona State, Houston, Colorado State and Western Kentucky. No question Gray has size and strength, but add dynamic speed to his resume. Go watch his touchdown run against Lubbock High last year for proof. Add those intangibles together and Gray could be in for an incredible senior season.

He’s not hard to miss standing at 6-foot-6, 305 pounds. Carr is healthy, and having a great spring as a physical presence for Dunnam. The junior-to-be is gaining momentum by the day on the national scene as a three-star OL with eight current Division I offers that include Oregon, TCU, Arizona state, Houston and Western Kentucky. Dunnam loves Carr’s feet and how low his pad level can get for a player his size. Expect Carr to be a dominating factor for the Sandies in 2021.

Garcia exploded on the scene as a go-to receiver for the AHS offense. While veteran Davin Lemmons was drawing double teams, that left the lighting quick sophomore open to snag 34 balls for 654 yards with 15 touchdowns in 2020. Offensive coordinator Steve Bergeski loves Garcia’s hands and his ability to block in the run game. 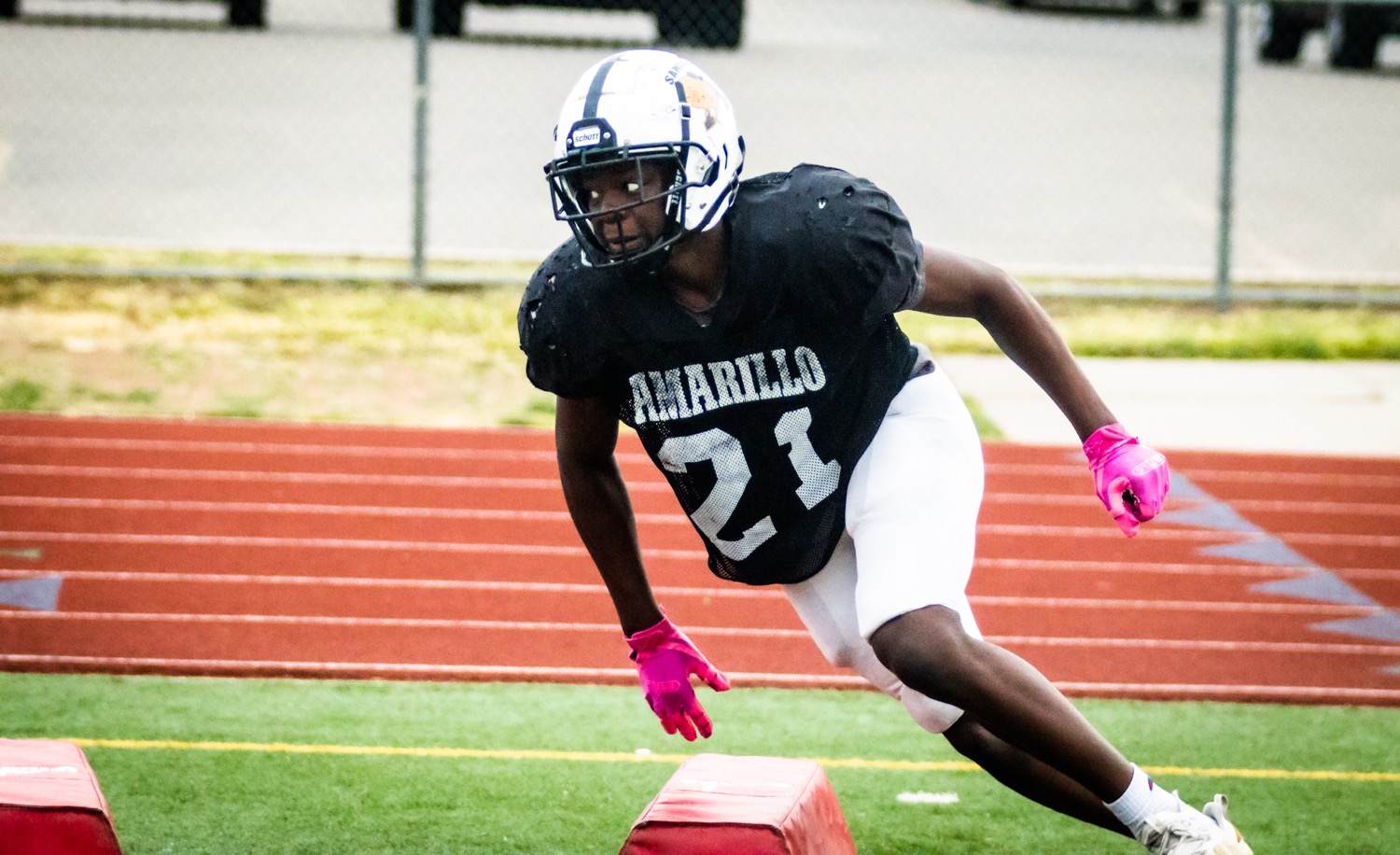 JQ Ervin is expected to be a big bolster In the secondary this coming season for AHS. [Ben Jenkins/ Press Pass Sports]

Molden will be the perfect fit to fill the void Lemmons left on the outside, as well as a reliable compliment to Garcia. Through the spring the senior-to-be has displayed much improved route running, great hands and can stretch the defense with his speed.

Like Dunnam has established at AHS, Ervin is a team player that has changed positions to benefit what’s best. Only a sophomore, Ervin impresses with his versatility, physicalness, and to play at any position in the secondary.

Mpela is another underclassmen with high expectation on the Sandies roster for 2021. Whether it’s at fullback or linebacker, defensive coordinator Tony Cavalier says Mpela is gifted at having the game slow down to his pace. Mpela can not only help stop the run but displays great speed, and is extremely coachable. 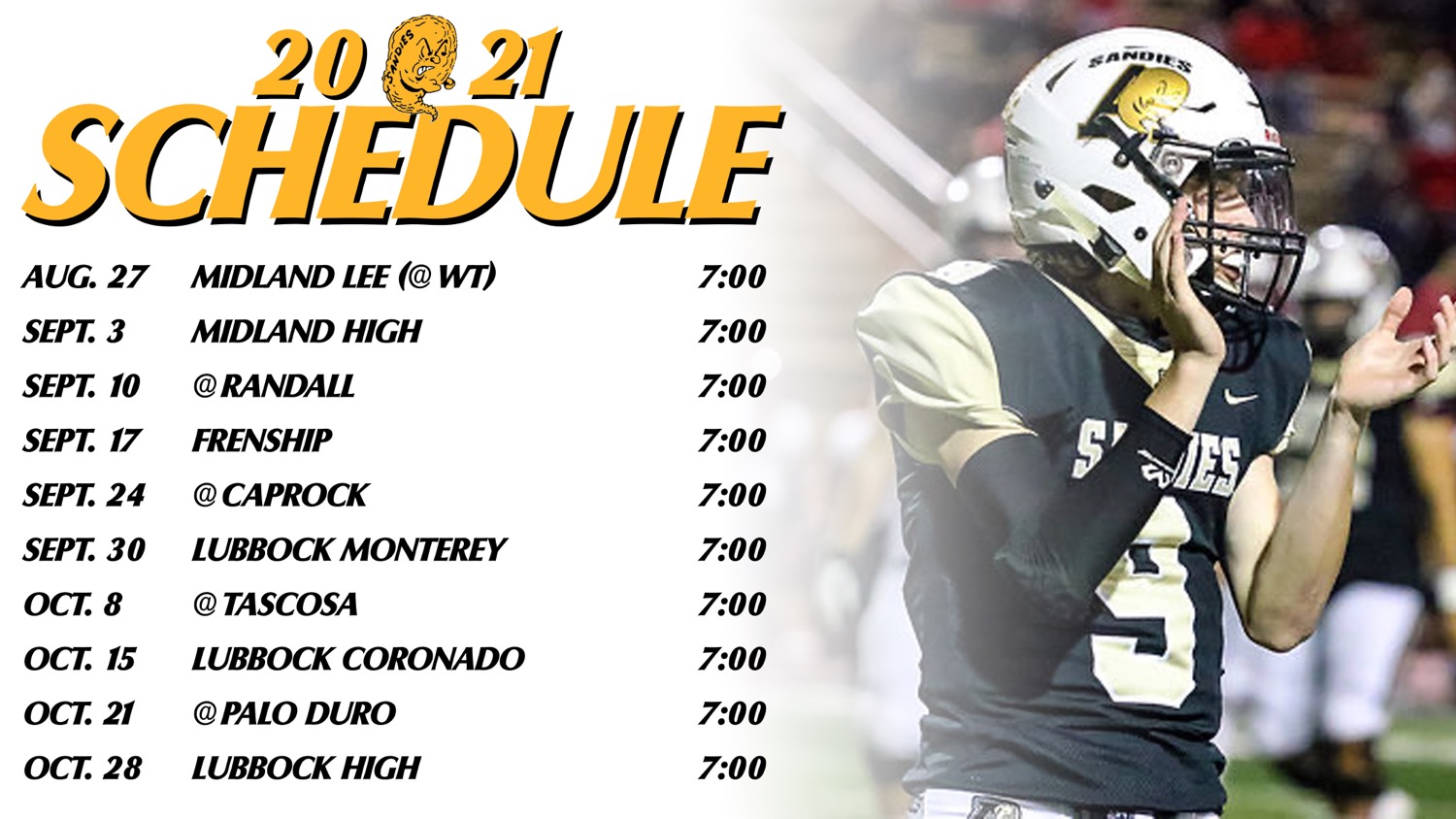