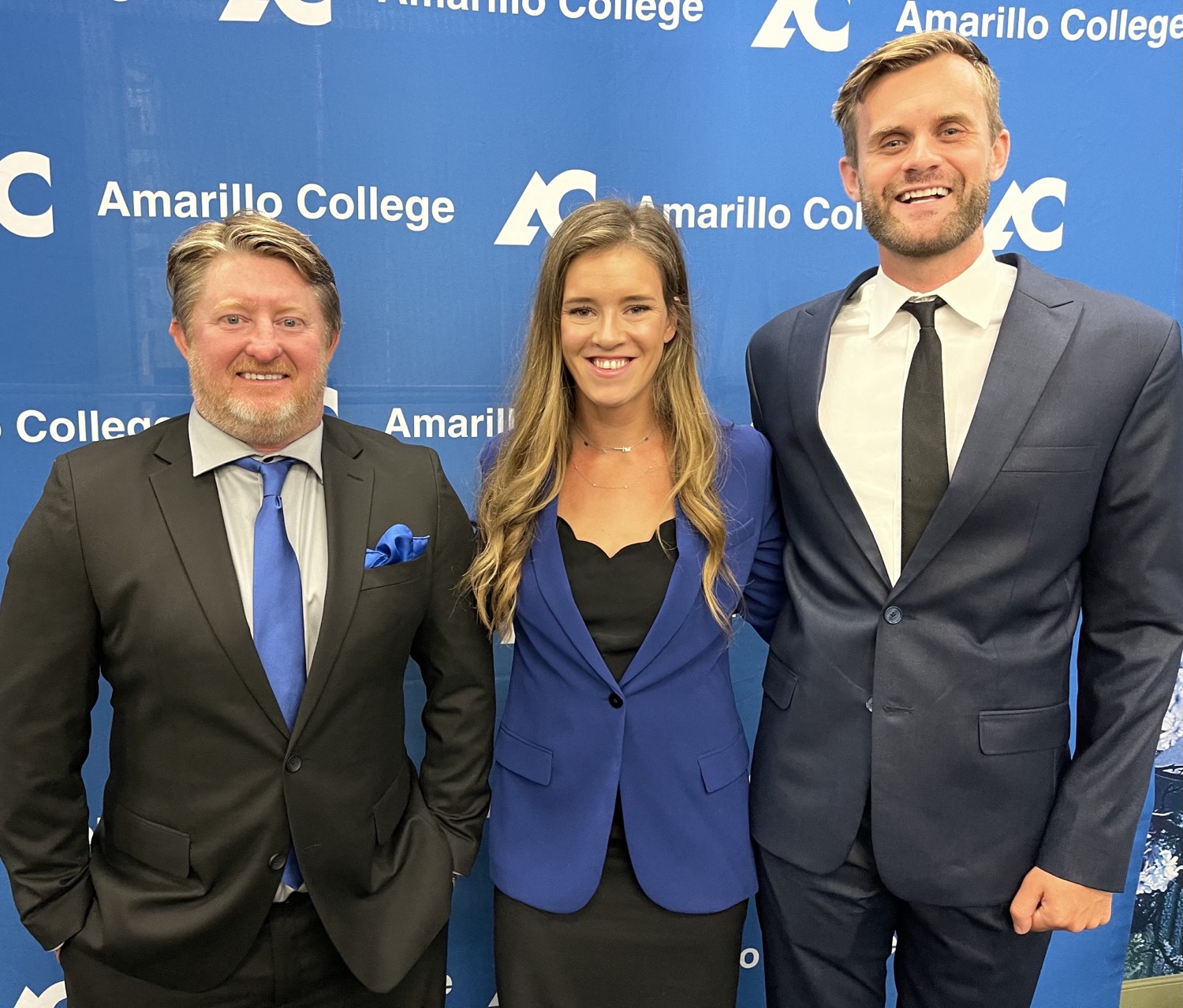 It was a landmark morning for Amarillo College on Wednesday.

The community college officially welcomed back the revival of intercollegiate athletics to campus for the first time since 1985, inviting the public and media members to a press conference introducing three new coaches to lead their programs into the future.

“This is a remarkable day,” White said. “We were able to assemble three outstanding coaches for intercollegiate athletics all at once. Most schools don’t get to do this. Most don’t get to hire all their coaches at one time. We couldn’t be happier for Amarillo College.”

During Black’s time, 13 of her players were named all-conference. Several also advanced to play at NCAA and NAIA schools.

“I’m excited for this opportunity,” Black said. “The coaches in this area are so amazing, and do such a great job of building quality athletes that It’s easy for me to want to recruit from here. At FPC half of my teams were half local, so I’d expect the same to even more local here in Amarillo.”

Rains is a West Texas A&M graduate. As of late, Rains had a brief stint as head coach at East Central College in Union, Mo., where the COVID-19 pandemic soiled his efforts to reinstate a baseball program that had been dormant for 20 years.

Prior to that, Rains spent 10 seasons, as head baseball coach at Brookhaven College where his teams reached the NJCAA World Series in 2013 and 2019. Rains also has a huge advantage with his Badger team expected to play at the friendly confines of Hodgetown.

“We have high school teams right here in Amarillo that are making deep playoff runs,” Rains said. “If you did a roster of just Amarillo guys and didn’t let them get out of the community you’ll have a team that can compete nationally immediately. You add playing at Hodgetown, we definitely think we can do that.”

Warner makes his way to AC from Purdue University Northwest, an NCAA Division II program in Chicago. Throughout his tenure, both individual and team school records were broken annually.

Warner also tripled the number of student-athletes participating in the program.

“It’s an awesome opportunity to build from the ground up,” Warner said. “Especially at a place that is all in like Amarillo College is. It’s a very welcoming job knowing that the talent is here in the Texas Panhandle. I plan on getting involved with the local coaches and being at a meet every single week.”

What White loves the most about his three new hires is the passion they have for being in Amarillo.

“It was a big draw they all wanted to be here,” White said. “We had a lot of applications for these positions. These coaches in particular couldn’t wait to come to Amarillo. Now we have the process of upgrading facilities so we have places to play, we have to work on the budget and start recruiting and building rosters. That’s why we decided to get these coaches in now a year before we start.”