AHS makes it a banner day at the 5A area meet 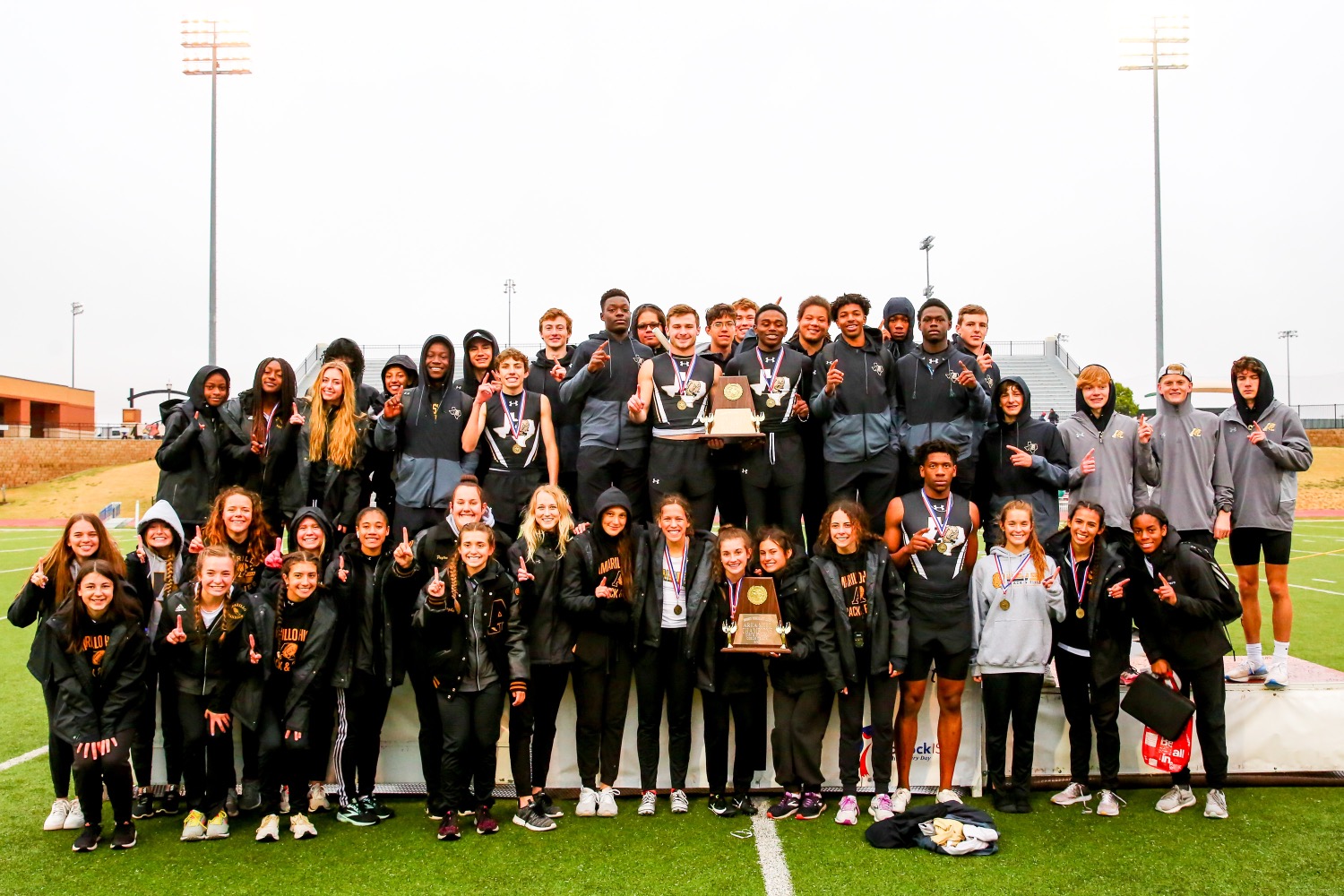 Amarillo High swept the team championships at the District 3-5A/ 4-5A Area Track and Field Meet at Lowrey Field PlainsCapital Park in Lubbock on Wednesday. [John Moore/ Press Pass Sports]

It was a banner day for both Amarillo High teams as they brought home championships at the District 3-5A/ 4-5A Area Track and Field Meet on less than ideal conditions at Lowrey Field PlainsCapital Park on Wednesday.

The Lady Sandies laid claim to the team title by racking up 188 points. Randall came in second with 121. The Sandies made things a lot closer. AHS tallied 107 points to hold off Lubbock Coronado (99 points) by only eight for the area championship.

The Sandies mile relay team of Damonze Woods, Tyreese Molden, Cooper Clawson and Trey Thomas clinched the title by winning the days final race thanks to sprinting a season-best time of 3:22.66.

That was the end of a great afternoon for Thomas, a senior, that also punched a ticket to the Region I-5A meet by grabbing gold in the 300 hurdles and helping the sprint relay qualify with a bronze medal time of 42.52.

However, the 1600 meter relay wasn’t the only showcase for the Sandies. The 800 meter squad put together of Woods, JQ Ervin, Xavian Landry and Molden blazed a time of 1:28.29, coming from behind to beat Coronado for another 20 points and a gold medal. 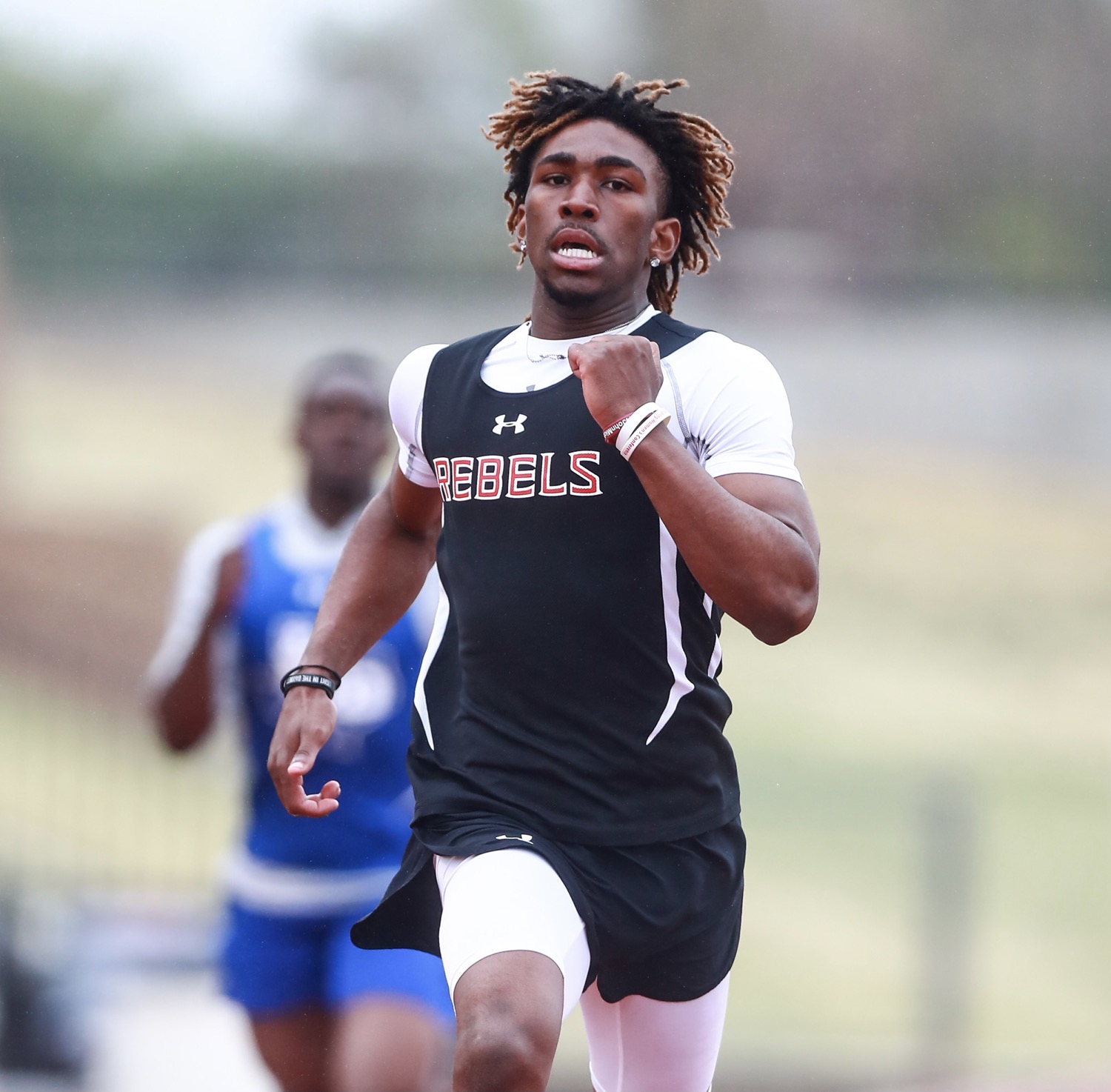 Other standouts at the meet were Tascosa’s Major Everhart. The lightning quick junior shrugged off the wet conditions to clock a 22.03 for a win in the 200 meter race, and qualified in the 100 meter dash with a silver medal (10.78).

In the field event finals, Palo Duro’s Caleb Bernal tossed a 150-3 for a victory in the discus event, then took second in the shot put throwing a 49-4 1/2. Tascosa’s Ollie Swope was the shot champion throwing a 50-3.

On the girls side, the Lady Sandies dominated by making it a clean sweep of all three relays. The 400 and 800 meter relay teams consisting of sprinters Lacey Rice, Bree Mixon, Kynlee Jesko and Brianna Brantley ran to the gold with times of 48.55 and 1:44.50. The 1600 meter squad of Madyson Castellion, Brooke Latham, Adelynn Austin and Symone Quiles then closed out the meet out winning with a time of 4:07.22. 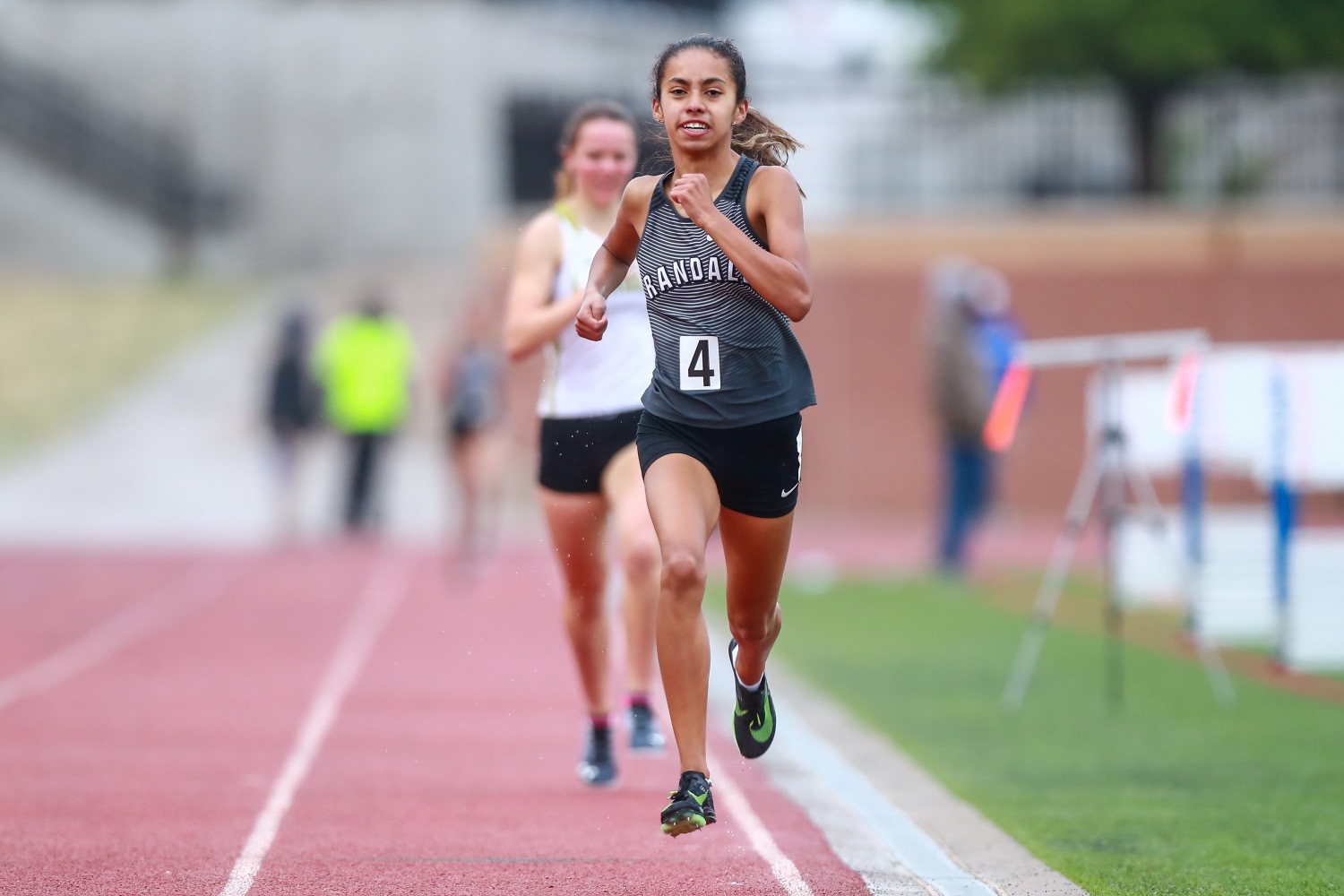 The Region I-5A Track and Field Meet is set for next Friday and Saturday at Lowrey-Field at PlainsCapital Park in Lubbock.Amarillo High swep