A special gift for an extraordinary young man 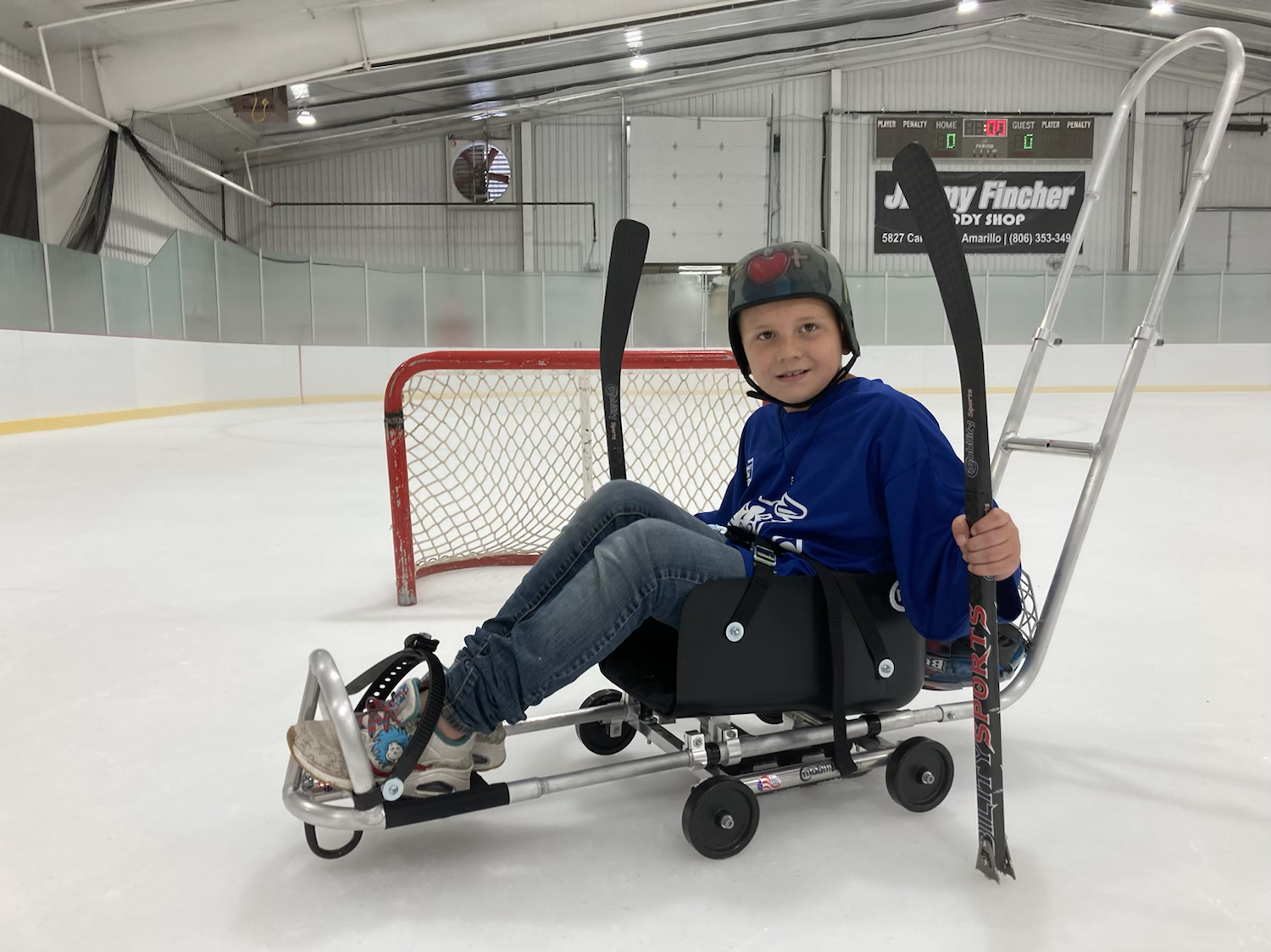 Robert Bradley is a fixture at Amarillo Bulls hockey games. It’s hard to miss Robert: his excitement, his passion and love for hockey is a staple among fans in the community. As a 9-year-old, Robert is filled with joy, love, positive energy and passion for the game that he loves. Robert suffers from hypotonia, autism, developmental delay disorder and communicates via sign language. With a little help from his friends, these challenges in Robert’s life do not stop him from participating in the sport that he truly cherishes.

On Thursday, at the Amarillo Ice Ranch, Robert with his parents, Chris and Kayla, were presented with a gift that will enrich his life and allow him to participate in sports. As a result of the vision and determination of Debi Lea, Robert was presented with a para-ice hockey sled. Funds raised by the Jim Lea Golf Memorial Tournament (Debi Lea’s late father) and The Maverick Boys and Girls Club along with The Maverick Alumni Association made Lea’s vision a reality. In a touching and emotional presentation, Robert’s reaction transcended any verbal restriction he might have. Bo Prell, a family friend, painstakingly and for over eight hours assembled the Mobility Sports Para Ice Hockey Sled. Mobility Sports is an independent manufacture committed to developing, fabricating and delivering custom sports related equipment to the physically challenged. In an emotional exchange between Bo and Robert words were not necessary and tears of gratitude were shared. The unconditional expression of appreciation Robert was able to share with Debi Lea left all at the Amarillo Ice Ranch filled with joy.

Editor’s note: Please look for Tommy Tee’s weekly column that bring a unique perspective on the Amarillo Wranglers during the hockey season.