The nation’s most successful high school girls basketball coach in history headlines a class of five as well as numerous other honorees June 13 at the 63rdAnnual Texas Panhandle Sports Hall of Fame ceremonies.

Garmon will be the 188th member, followed by Young, Moultrie-Bruner, Johnson and Lombard that will bring the total to 192 in the shrine.

They will be honored, along with coaches and athletes of the year from 2020-2021 in 11 sports, and five special award winners at 2 p.m. June 13 at the Amarillo Civic Center’s Grand Plaza room. There is no admission charge and a free catered reception is scheduled during and following the ceremonies.

The ceremonies, traditionally held in mid-February, were postponed four months because of the COVID pandemic. 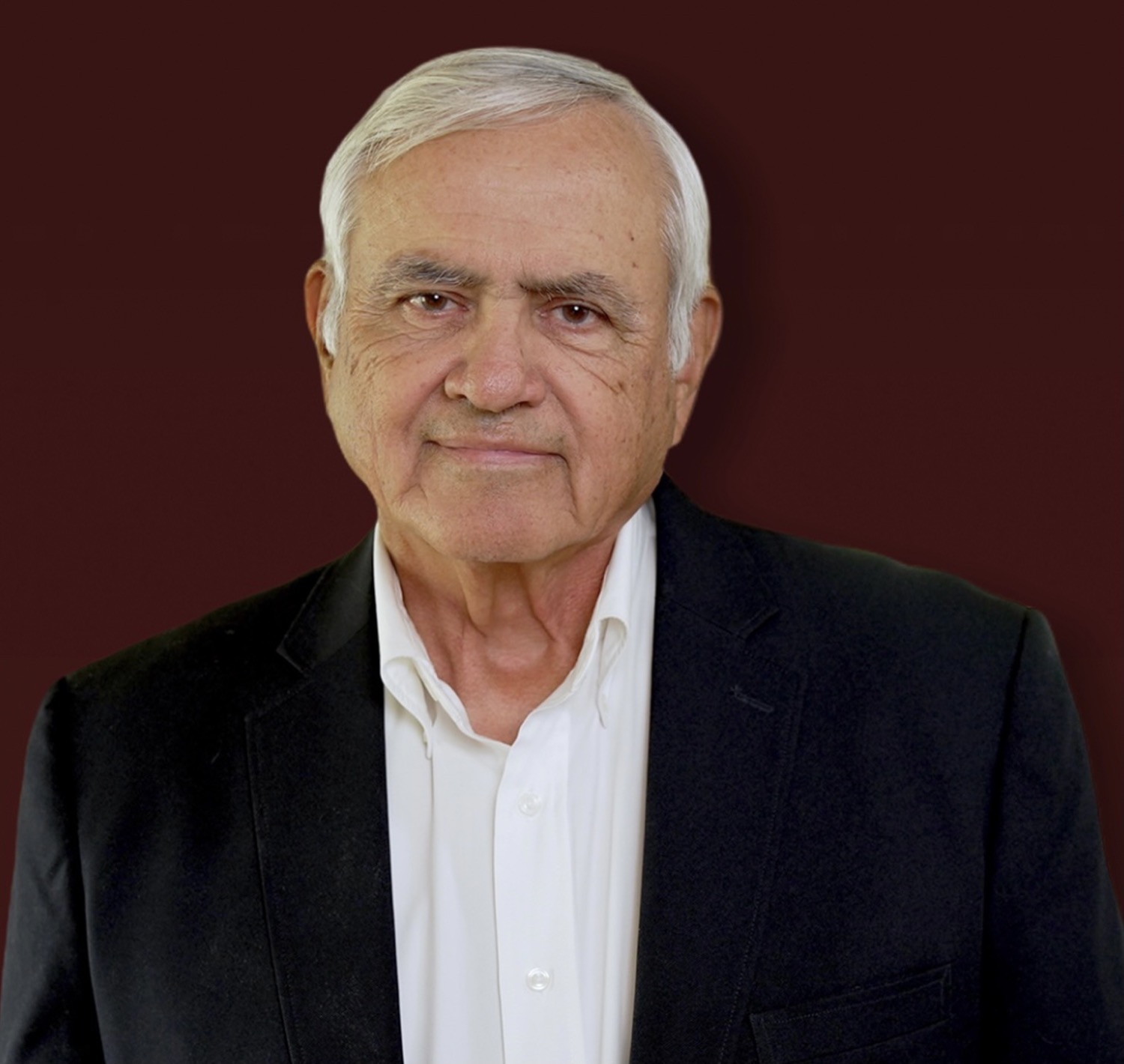 As the 188th inductee, Garmon was a selection from the veterans committee, which considers coaches and athletes whose accomplishments were 50 years or more ago. Garmon, at 200 pounds, was a two-way starting lineman for Groom all four seasons of high school from 1956-59. Twice all-district, Garmon used his size and quickness to help lead the Tigers to the 1958 Class B regional championship, the furthest Class B teams could advance at the time.

Recruited by a number of major colleges, Garmonselected TCU. Despite coming from a small town, he adjusted well enough to become one of TCU’s top offensive linemen of the 1960s. Garmon, playing at 220 pounds, was a three-year starter for coach Abe Martin’s Horned Frogs. He came into his own his last two seasons in 1963-64 when he was twice named first-team All-Southwest Conference.

He was named TCU’s MVP in 1963 and selected to play in the East-West Shrine Game in 1964 in San Francisco. Garmon eventually was selected to TCU’s all-decade team of the 1960s by Texas Football Magazine. Garmon turned down a tryout with the Cleveland Browns for a career with the Secret Service.

With a degree in political science from TCU and master’s in public policy from USC, Garmon spent a long career with the Secret Service, mostly in presidential protection. He helped guard presidents Johnson, Nixon, Ford, Carter, Reagan, and Bush and rose from special agent to deputy director. He and wife Anne have three daughters and four grandchildren. They live near Warrenton, Va. 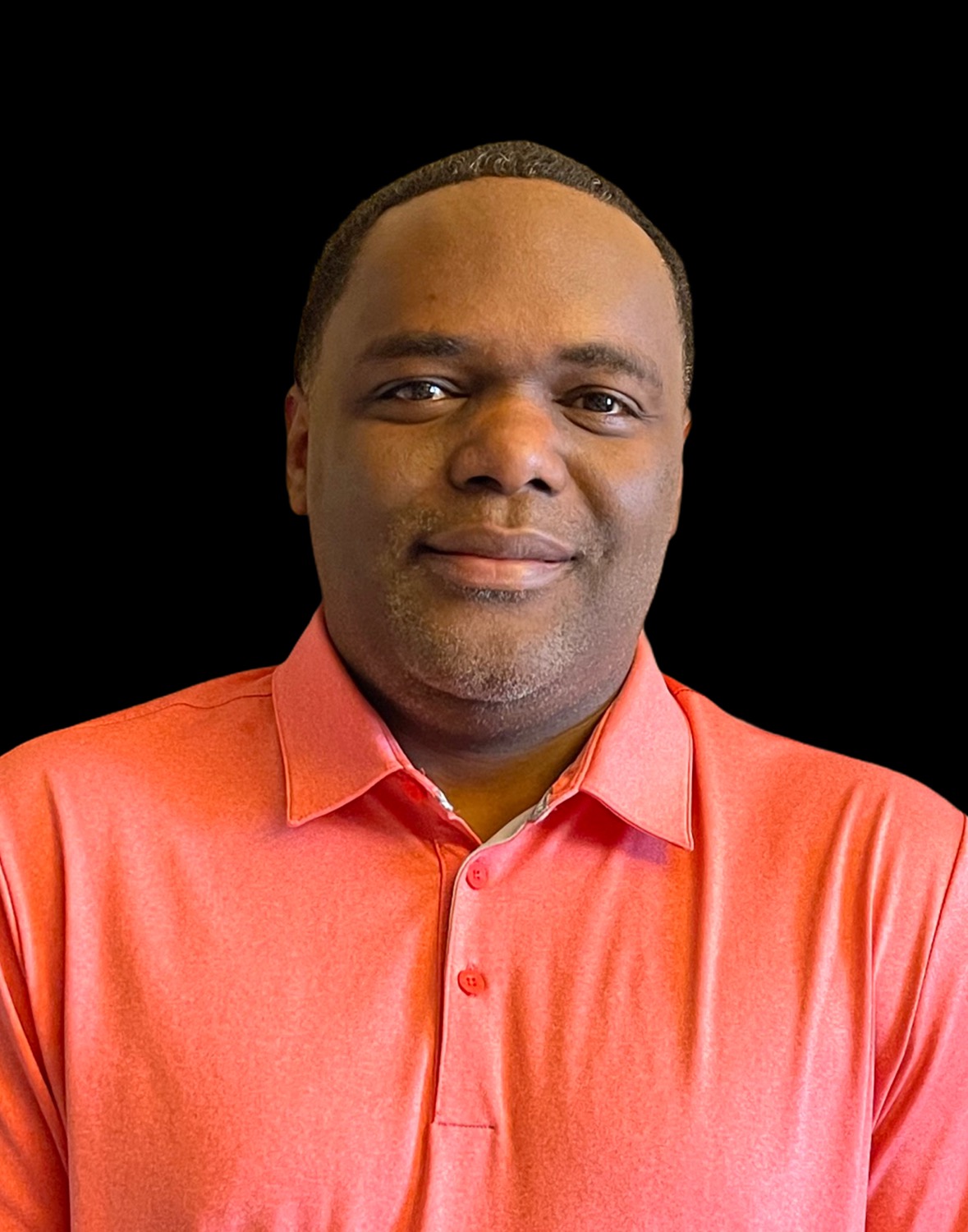 Young, the 189th inductee, established himself in the 1990s as one of the all-time best basketball players from tradition-rich Pampa and then as one of the top guards to ever play at Texas Tech. Even though he was not quite six feet, Young used his quickness, instincts and shooting touch to become an often unstoppableforce on the court.

In 1996, he led the Harvesters to a 33-3 record and the Class 4A state championship. Able to penetrate and score or shoot from the outside, Young scored 33 and 34 points in the state semifinals and finals. Those 67 points were a 4A record, and still the most from a boysplayer from the Panhandle. Young was two-time all-state and twice Amarillo Globe-News Super Team player of the year.

He signed with Texas Tech and was a four-year fixture for the Red Raiders. In 108 games, his role increased each year. He averaged 15.4, 16.1 and 17.3 points his last three seasons and was twice second-team All-Big 12. His 1,525 career points are 16th all-time and he finished fourth all-time in both assists (407) and steals (173). He had one of the biggest offensive explosions in school history in an upset of Kansas in 2000. Young had 41 points with 32 of them coming in the last nine minutes. His 35 points in a half was a Big 12-record.

He and wife Candice’s oldest of four children, son, Trae, is one of the top players in the NBA with the Atlanta Hawks. Young now manages two foundations associated with the family. 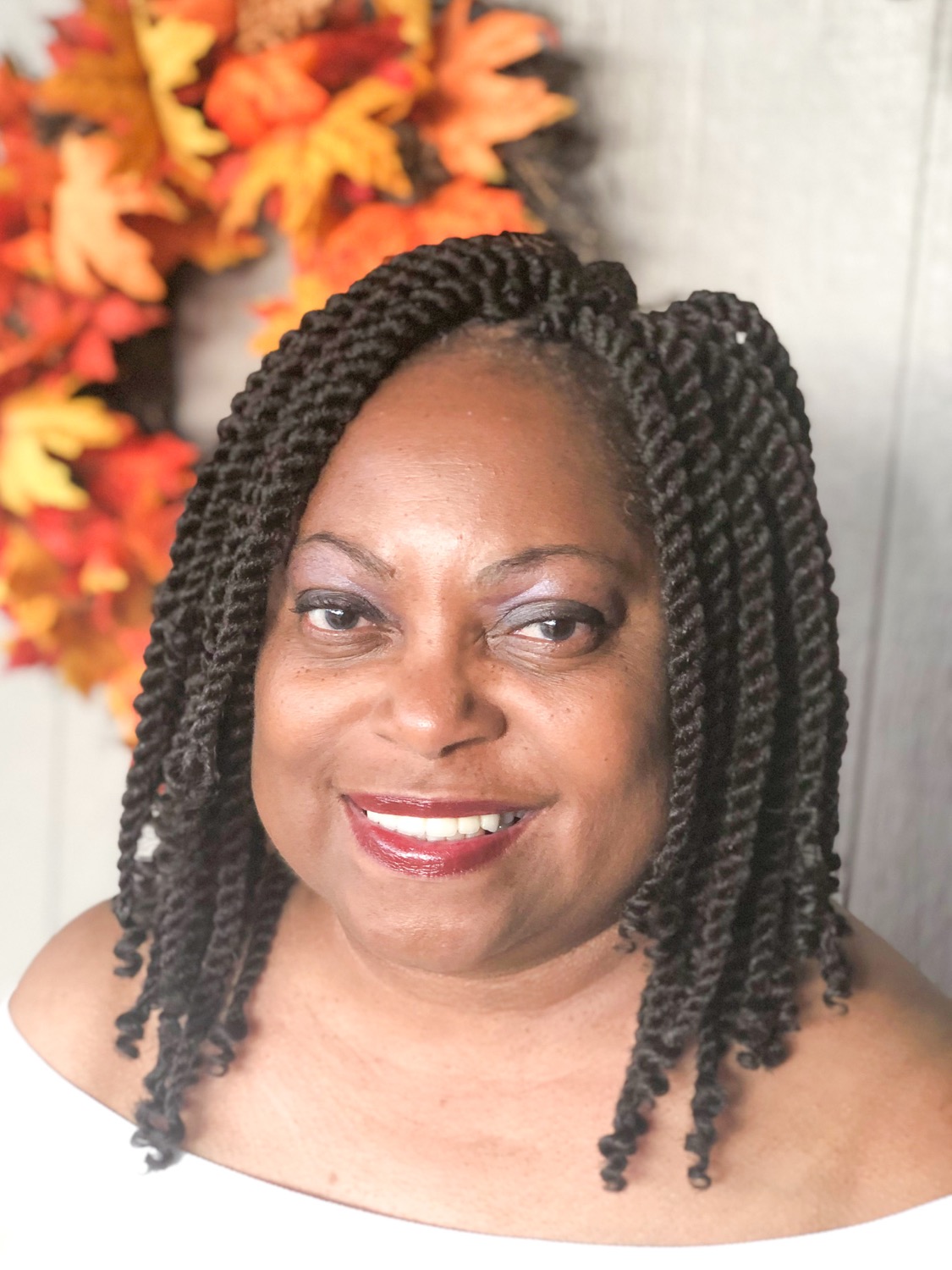 As the 190th member, Moultrie-Bruner went from track walk-on at Texas Tech in the late 1970s to the school’s first female two-time All-American. At Pampa High School, with girls track in its infancy, she ran the 100, and legs on the 440 relay and 880 relay, but her forte was the long jump. She set a district record at 18 feet, 1 inch, and missed qualifying for the state meet by less than an inch.

Moultrie-Bruner went to Tech where she walked on to the track team. As a freshman, she won the long jump at more than 19 feet at the Association for Intercollegiate Athletics for Women (AIAW) state meet that earned a scholarship. In 1981 and 1982, she earned All-America honors after finishing sixth nationally in the AIAW both years in the long jump where she had a best of 20 feet, 11 inches.

In all, Moultrie-Bruner was a seven-time national qualifier that also included the 100 and 400 relay. Her 60-meter dash time indoors is still among the top 10 in Tech history.

In 1981, she became Tech’s first African-American and first athlete to win Homecoming Queen recognition. She has coached girls track and cross country at South Grand Prairie High School for more than 30 years, winning multiple district and regional championships. She has been inducted into the Texas Tech Athletics Hall of Honor and the Texas Black Sports Hall of Fame. Moultrie-Bruner has two adult sons and one granddaughter. 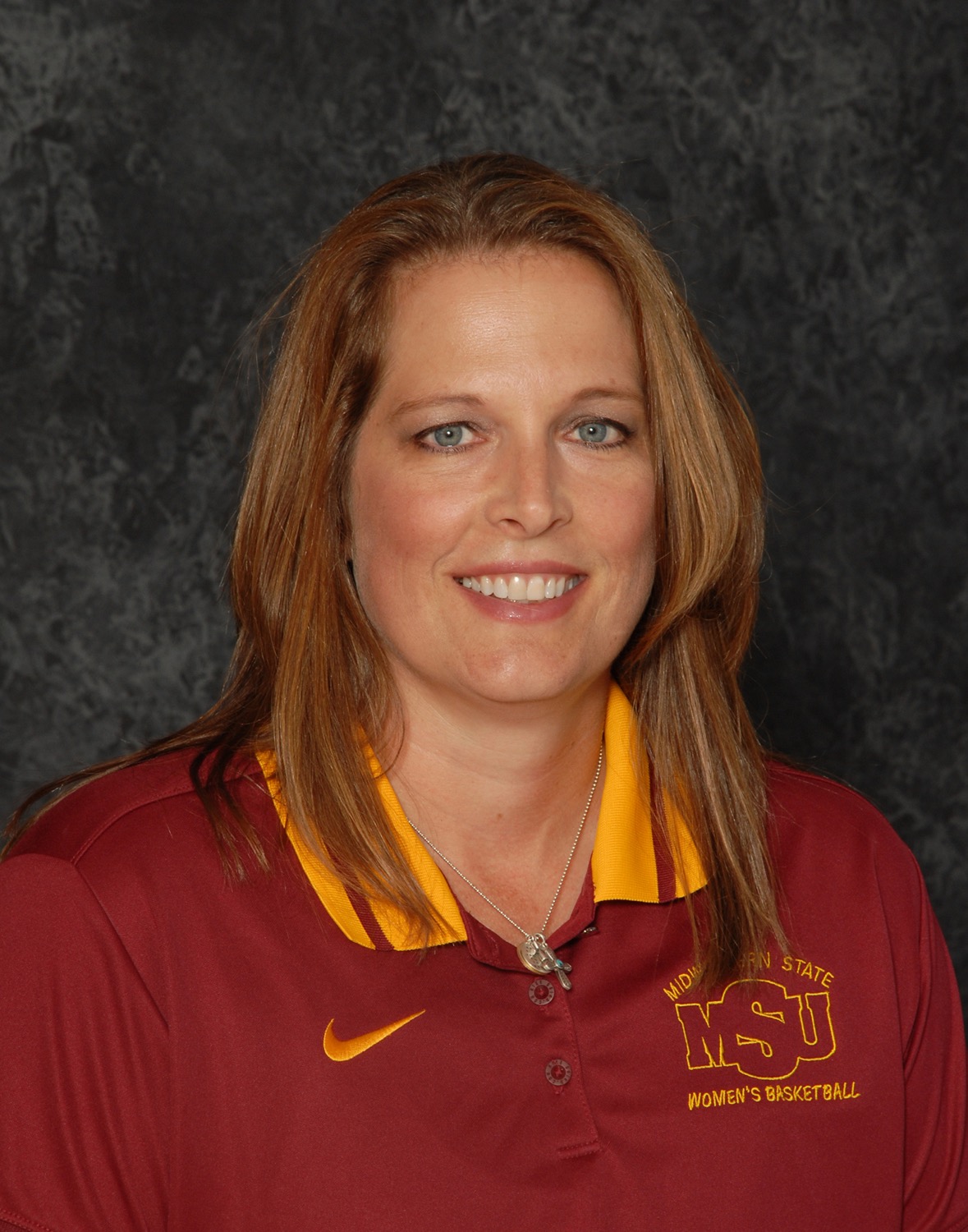 Johnson, the 191st member, will be inducted posthumously. She died on June 9, 2020 from ovarian cancer at age 47. Her exceptional career as basketball player and coach began in Kelton, the tiniest of school districts near Shamrock. In 1989, as a sophomore, she helped lead Kelton to the 1A regional finals where they lost to the Nazareth dynasty. Dean Johnson, her father, became superintendent at Nazareth, and his daughter followed to become two-time all-state and lead the Swiftettes to the 1990 and 1991 1A state titles.

Texas Tech won the recruiting battle, and for the next four years, she was a key part of the Lady Raiders’ golden era that included the 1993 national championship and a 119-17 record. As a rock steady point guard, Johnson was a three-time All-Southwest Conference selection and named to the all-time Lady Raider team. She was the best three-point shooter in program history, shooting 43 percent for her career. In 135 games, she scored 1,244 points and her 410 assists rank seventh.

Johnson has been honored by several associations, notably the Southwest Conference Hall of Fame, the Texas High School Basketball Hall of Fame, and the Texas Tech Athletics Hall of Fame. Johnson embarked on a college coaching career, spending her last 12 years as head coach at Midwestern University in Wichita Falls. She guided the Lady Mustangs to one Lone Star Conference championship and one LSC tournament title. She is the school’s all-time winningest women’s coach and coached through her illness until the last month of the 2020 season. 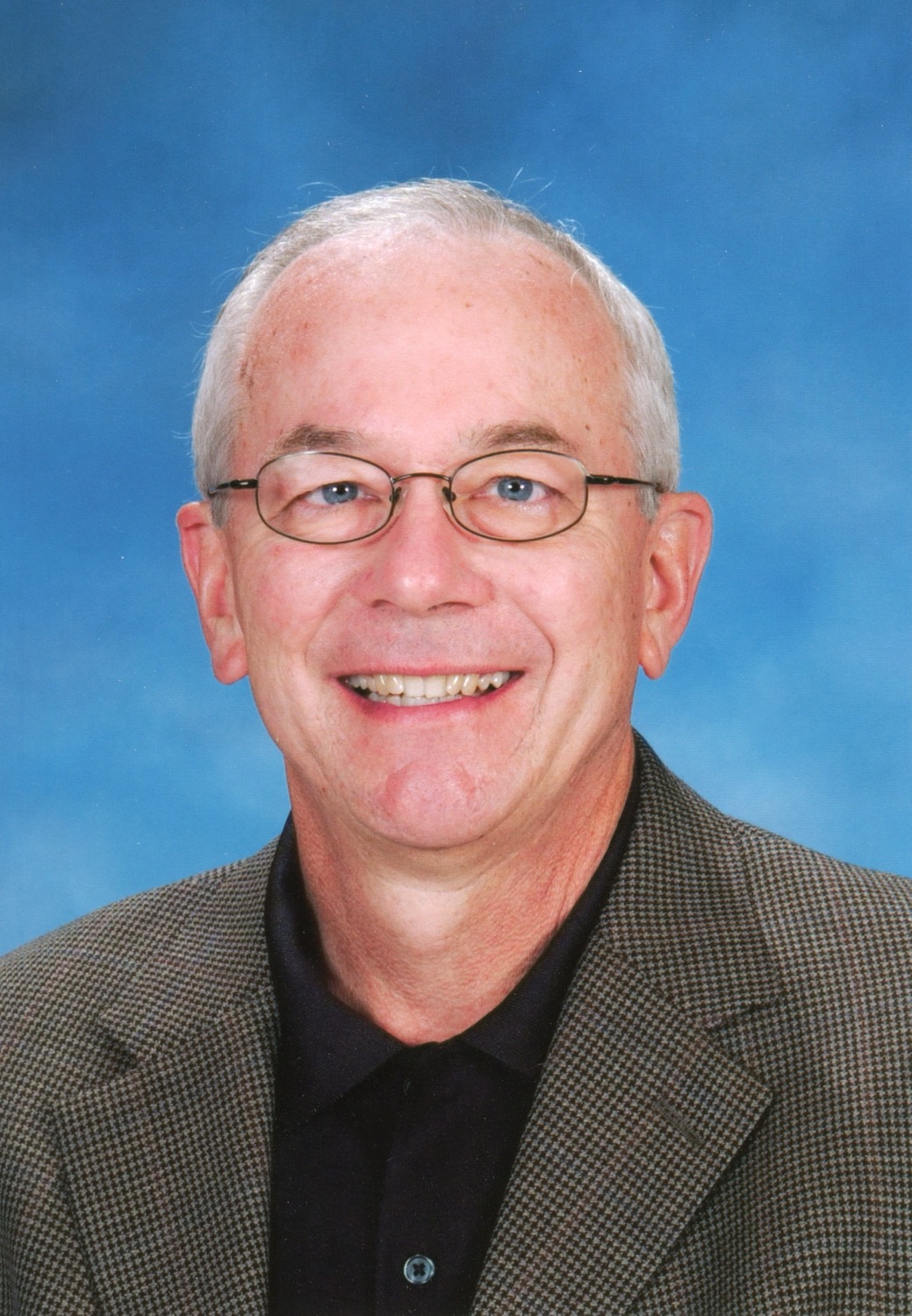 As the 192nd member, Lombard is regarded by many as the greatest high school girls basketball coach in history. His teams at Nazareth and Canyon dominated over 42 seasons from 1979 to 2020. His teams won six state championships at Nazareth and 13 more at Canyon. Lombard’s 19 state titles are easily the tops in the state and his record of 1,379-133 and his 91 percent winning percentage over 1,512 games will likely never be broken. In addition, his cross country teams at Nazareth and Canyon won seven state titles, giving him a remarkable 26 in his career.

He came to Texas when he was offered a scholarship to play basketball at Wayland Baptist. After graduation in 1975, he worked for 2 ½ years for Cleveland Athletics in Plainview. Babs, his wife, was head girls coach at Hale Center. He got the itch to coach, and in August 1978, became head girls coach at Nazareth. He compiled a 301-25 record at Nazareth, and after leaving for Canyon in 1985, was 1,078-108 with the Lady Eagles.

Four teams – 1984 and 1985 Nazareth and 1996 and 2011 Canyon – were undefeated. His 2003 Lady Eagles were USA Today national champions. Three times he was named national coach of the year. Lombard is in seven halls of fame, most notably the Women’s Basketball Hall of Fame in Knoxville, Tenn., the Texas Association of Basketball Coaches Hall of Fame and the National High School Hall of Fame. He and Babs have two grown children, Lindy and Tate, the current Canyon girls coach, and three grandsons.

Coaches of the Year

Athletes of the Year

Support our mission
Previous articleSandies season comes to an end in UIL state semifinals
Next articleLucas goes 2-for-2 in Modifieds at Route 66; Howell scores first win in Late Models