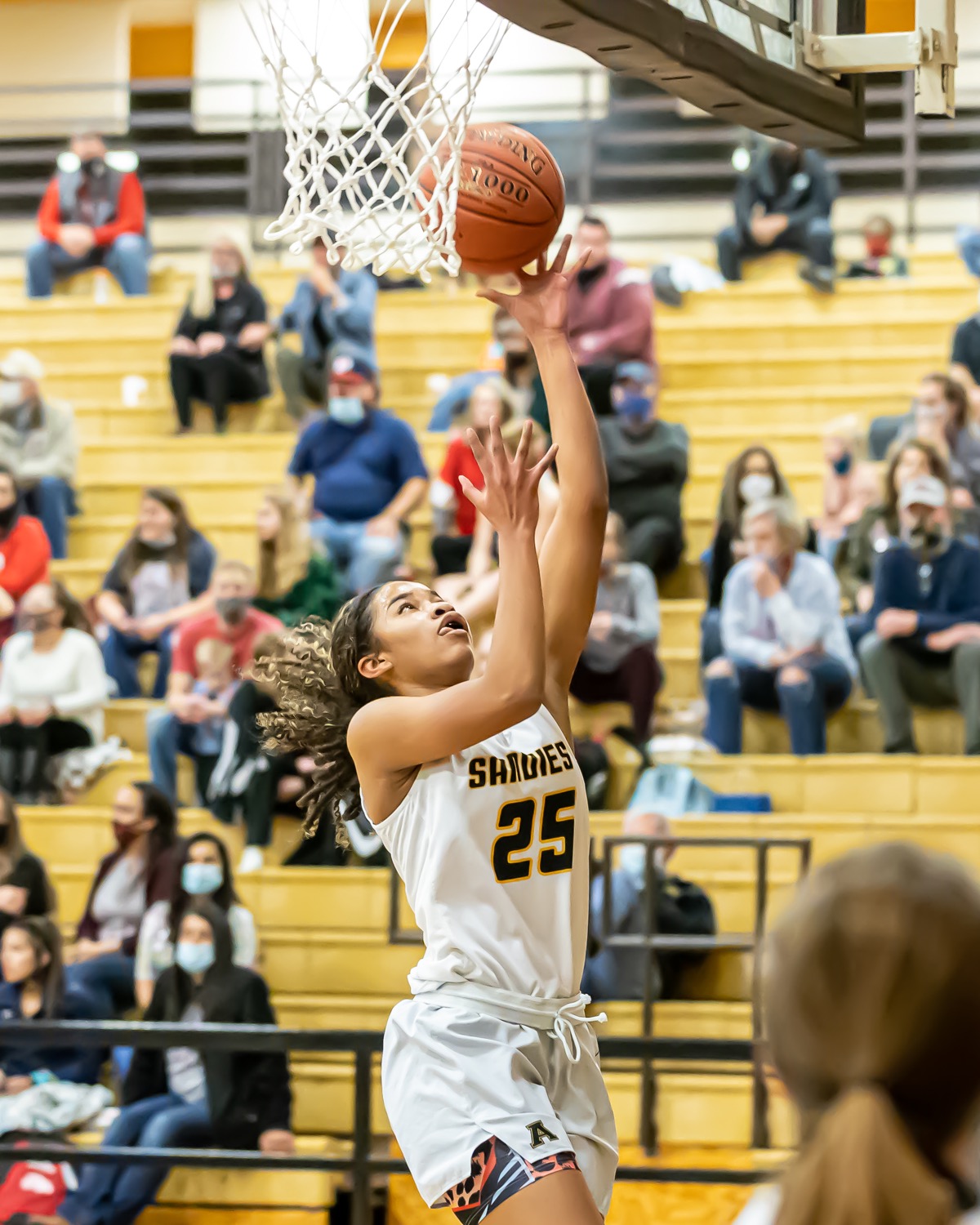 Amarillo High’s McKenzie Smith goes in for a layup during a game earlier this season. [Tom Carver/ Press Pass Sports]

Is AHS the Class 5A Region I favorite?

Amarillo High’s quest for a three-peat came up short last season in the Region I-5A finals dropping a heartbreaker to Mansfield Timberview at the buzzer. A year later, the No. 10-ranked Lady Sandies (19-2 overall) are back in a prime position as a legit contender for a quest at a third trip to the UIL Class 5A state tournament in the past four years. For AHS to make that reality happen it won’t be easy. The region is packed with No. 3-ranked Wichita Falls Rider (22-2), No. 7-ranked Mansfield Legacy (24-1), No. 8 Lubbock-Cooper (23-3) and No. 14 Lake Dallas (22-5) all standing in the way. 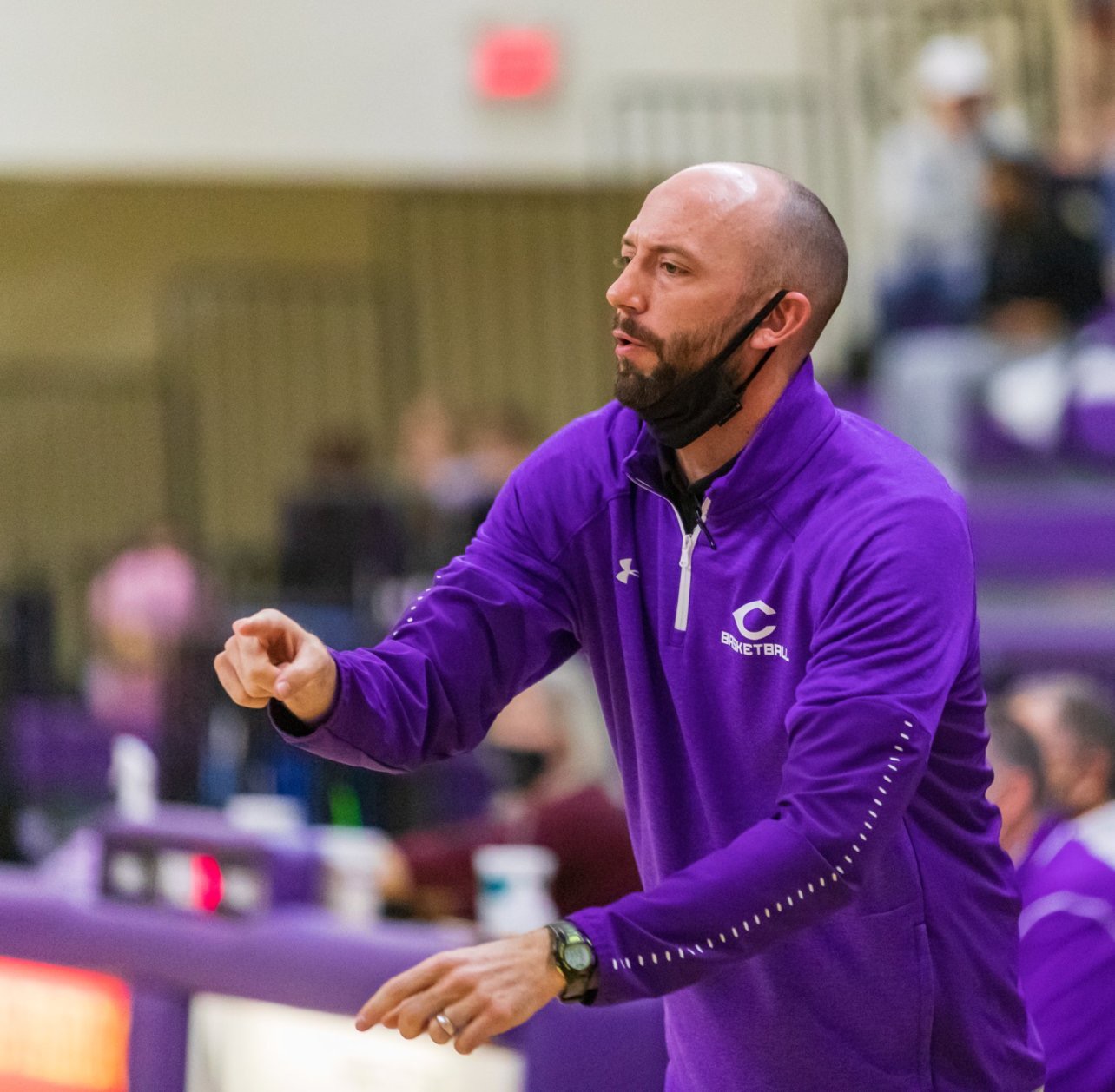 Canyon head coach Tate Lombard and the Lady Eagles are ranked No. 2 in Class 4A with a 24-1 record. [Jose Contreras/ For Press Pass Sports]

Is this the year Canyon returns to the big stage?

It’s been a very smooth transition for first-year Canyon girls coach Tate Lombard since taking over for his legendary father, Joe Lombard. Yes, Joe still sits on the bench as an assistant lending a helping hand, however, Tate’s experience from his two-state championships at Wall shines bright. The storied Lady Eagles program is looking for their first state championship since the 2017 season. With a veteran group on the floor, 2021 could be the year. Canyon (24-1) is ranked No. 2 in the state in all of Class 4A, higher than anyone in Region I. But if they want to make it to San Antonio, they’ll have to get through the likes of unbeaten and No. 6 Levelland (24-0), No. 9 Decatur (19-3), Argyle and Seminole (22-5). 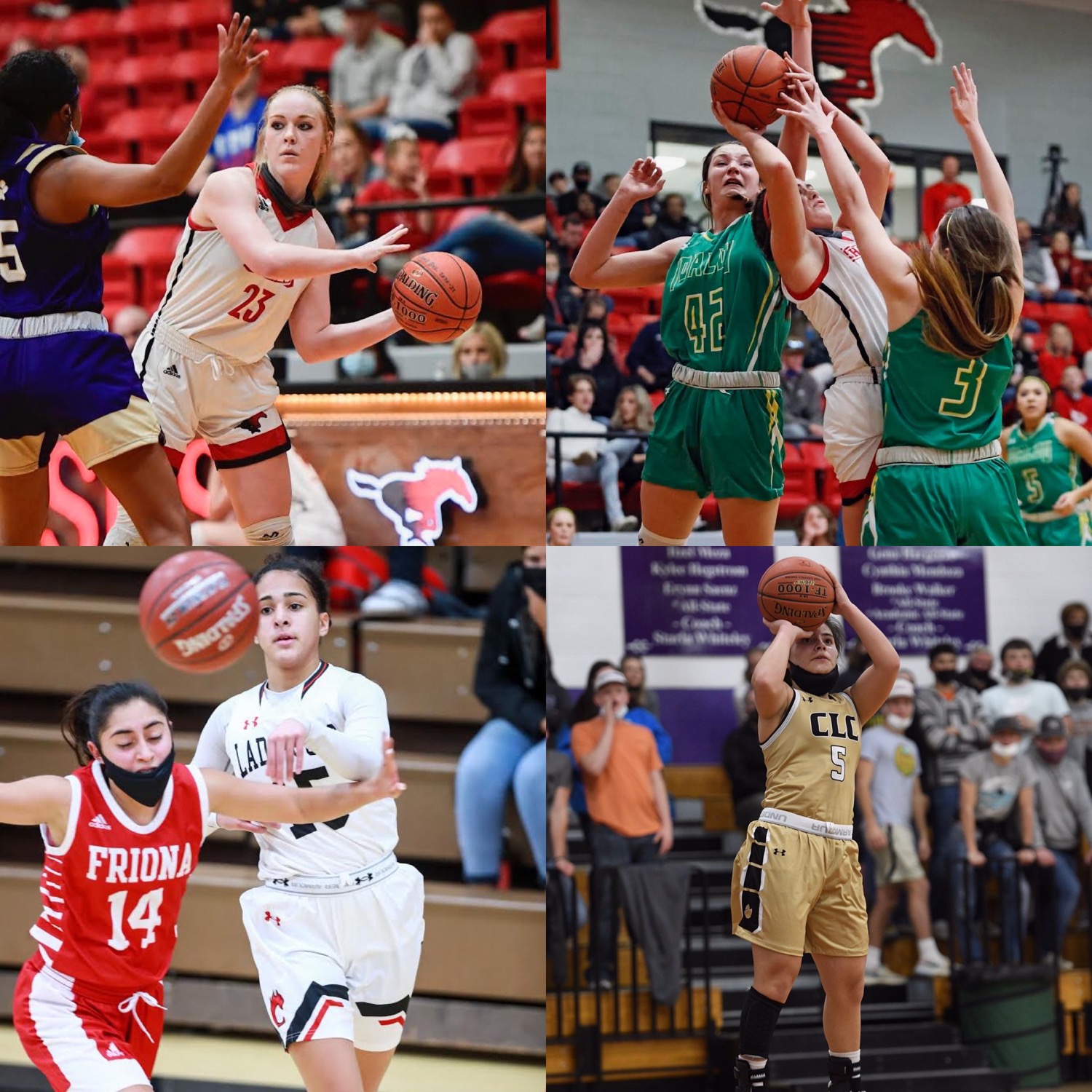 Class 3A Region I is flat out stacked

There may not be a tougher region in the state, which boasts four of the top 10 teams in the state including the unbeaten defending state champion, Shallowater (23-0). The Fillies have bee rolling since 2020 currently riding a 32-game win streak dating back to Feb 4 of last year. Shallowater is in many fans mind the favorite, however, there will be other teams that have a say. District 1-3A champion and No. 10-ranked Canadian (22-3) poses a threat. There’s the District 3-3A champ No. 5 Brownfield (22-1), as well as No. 6-ranked Idalou (22-4). Don’t count out Bushland, Childress or Spearman either. 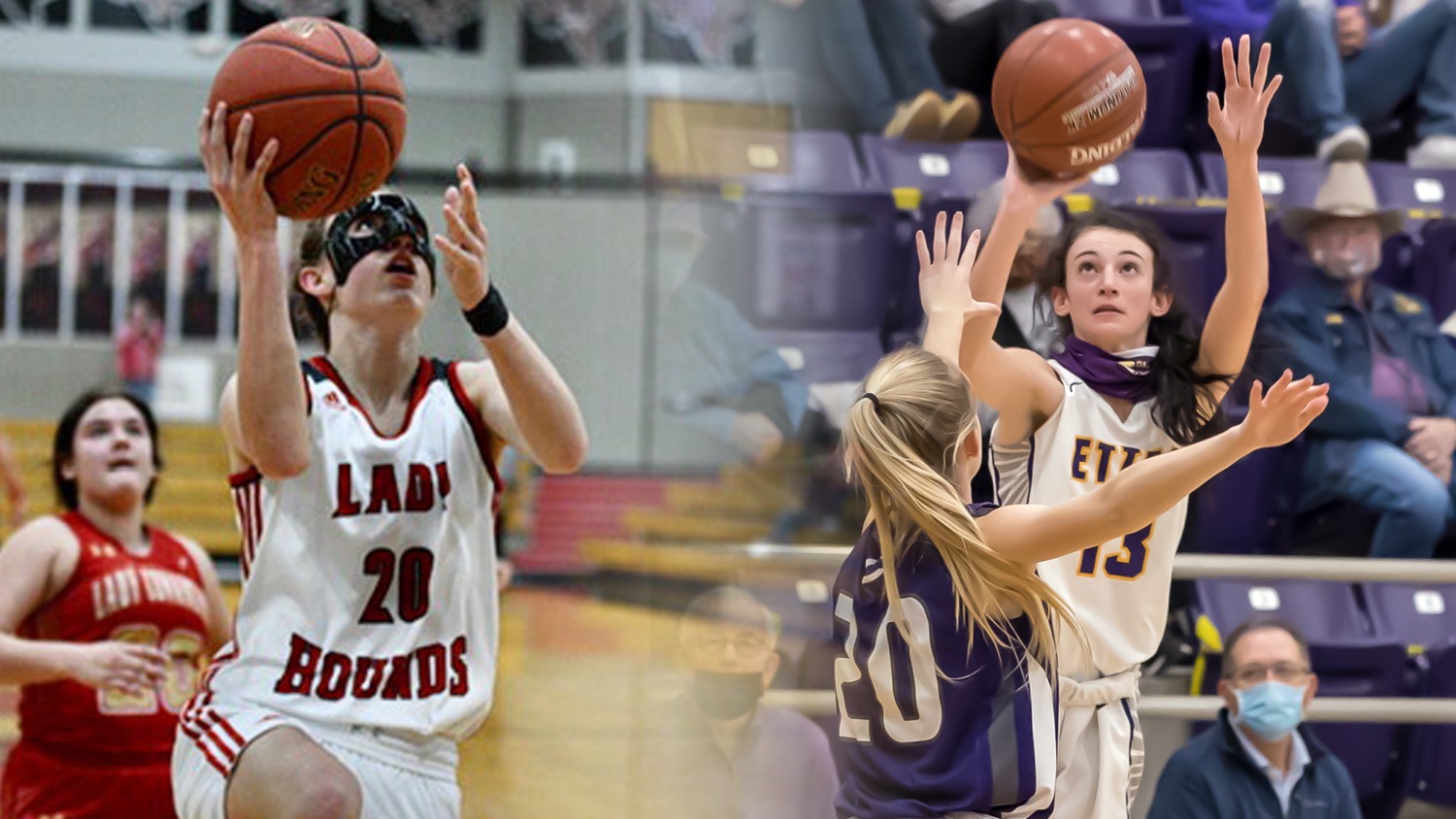 Gruver and Panhandle are two of the top-ranked teams in all of Class 2A. [Tucker Stroud and Tom Carver/ For Press Pass Sports]

Gruver-Panhandle are on a collision course

Unlike last year, Gruver and Panhandle aren’t going to have to wait for the Region I-2A finals for its highly anticipated showdown. The No. 8-ranked Lady Hounds (20-2) and the No. 2-ranked Ettes (22-3) are destined to meet in the regional quarterfinals (third round) of the playoffs. Last season, Gruver bested Panhandle in the Region I-2A final, 34-27, on the way to winning the Class 2A state championship. This matchup could also see two of the top players in all of the Texas Panhandle go head-to-head in Gruver guard and Division I prospect Bailey Maupin go against Tarleton State signee and Panhandle senior Mason Jones. 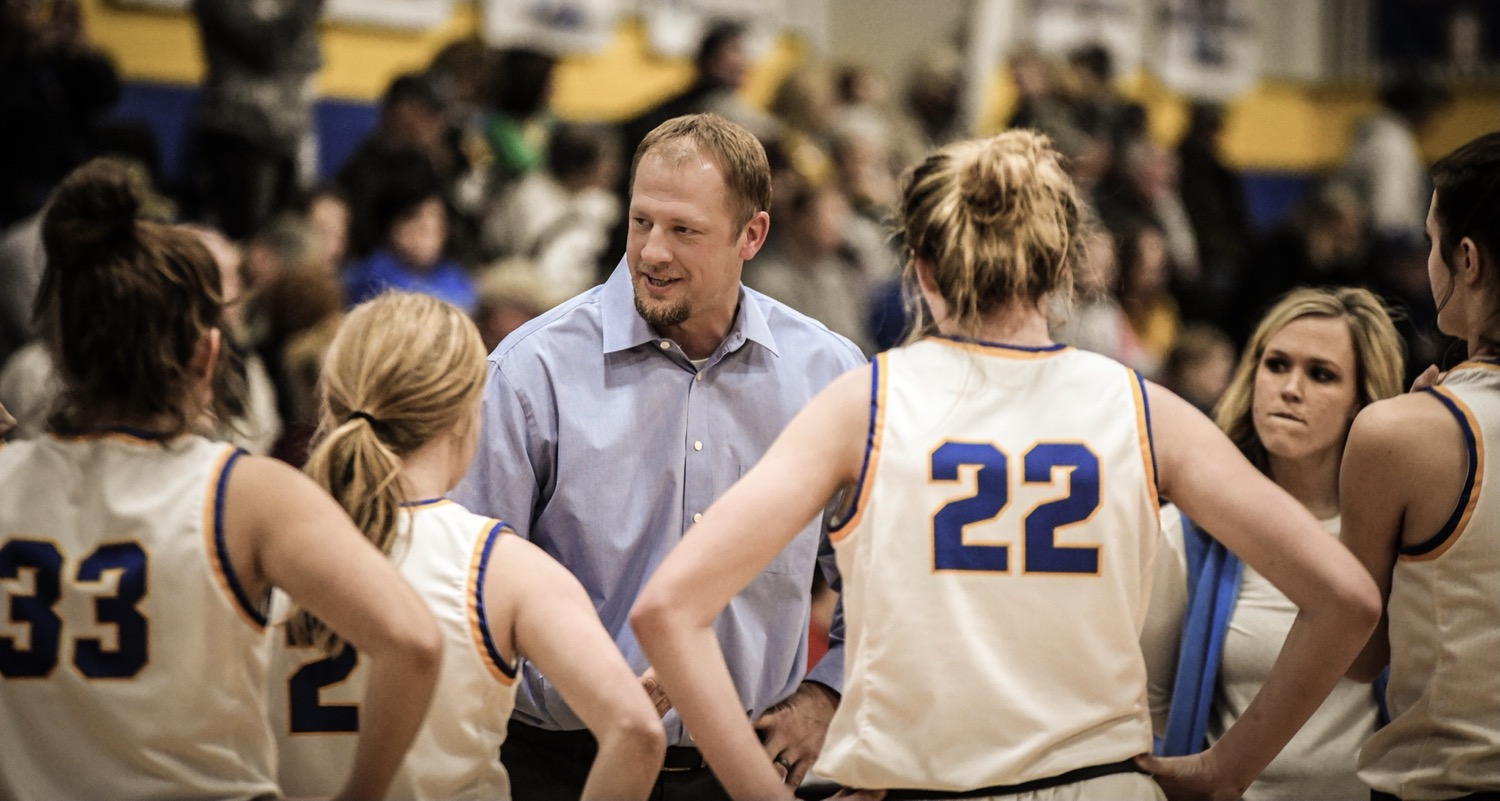 Nazareth head coach Eric Schilling and the Swiftettes are ranked No. 2 in Class 1A with a 22-4 record. [Mackenzie Teal/ Press Pass Sports]

The Nazareth dynasty has had a strong hold on Class 1A for nearly a decade. Led by head coach Eric Schilling, Nazareth has won six of the last seven Class 1A state championships, and are looking for an unheralded fifth straight title this year. Despite a 22-4 record this season this is a very young Swiftettes squad compared to years past with only two starting seniors. For Nazareth to punch a ticket back to San Antonio, it will have to get past quality competition out of Region I in Claude, Sands, Whiteface and Borden County.